MEQUON - Tackle football has traditionally been a boys' sport, but that's starting to change -- especially in Wisconsin.

A pair of sisters on the Mequon-Thiensville Cardinals youth football team is holding their own in the trenches.

Can you tell Shelbie and Jamie Klug apart? The 13-year-olds are identical twins.

Once they slip on their pads, there's only one wat to tell who's who. Jamie wears read cleats. Shelbie wears white cleats. 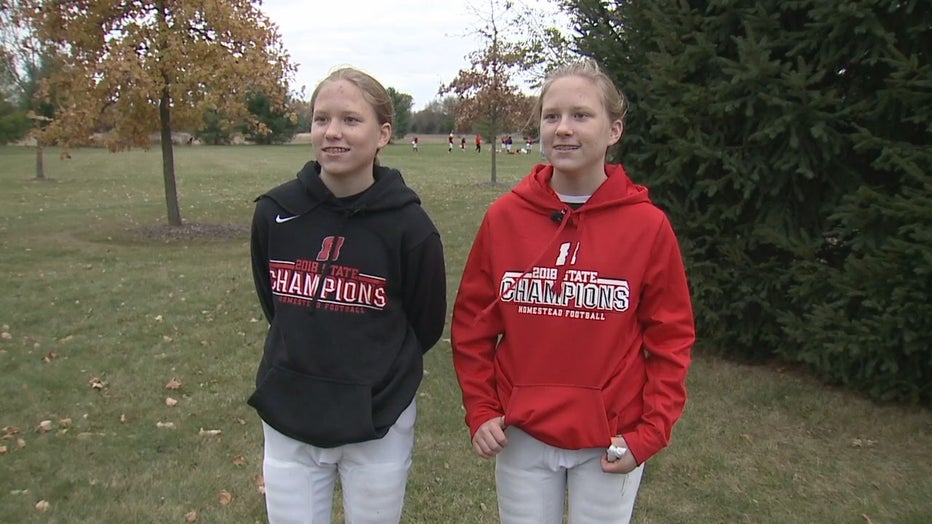 The twins began playing football three years ago. Together, they've grown up in the Cardinals program, which is part of the Wisconsin All-American Youth Football League.

"It’s a really kinda special experience I think for their parents, for them, for me to be able to coach them through this experience," said Crabbe. 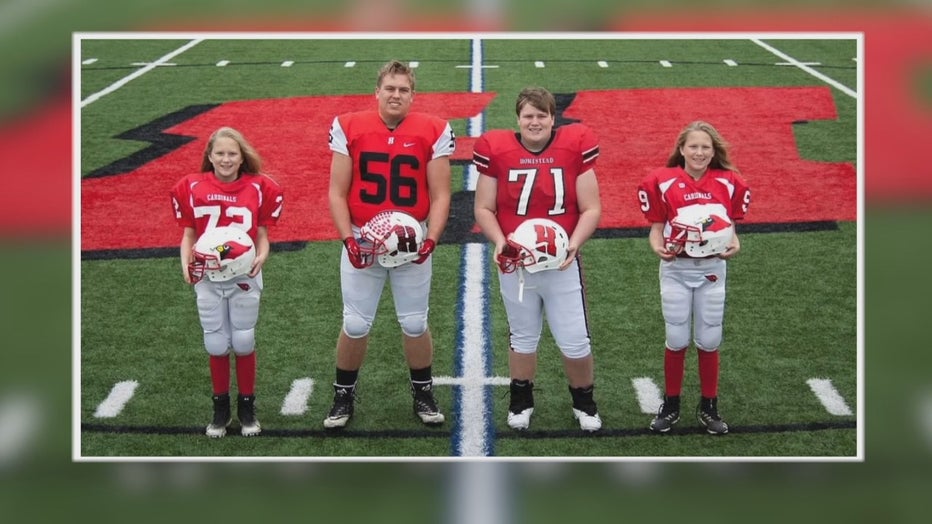 Shelbie and Jamie Klug with their older brothers

The two followed in their older brothers' footsteps. Both were offensive linemen for the Cardinals when they were younger. But most importantly, their parents fully supported their dreams of playing tackle football.

"They were like, 'you are not going to get treated any different.' We were like, yep, we know," said Shelbie.

That's what they wanted. Anything the boys could do, they could do, too.

"Once you step onto the field and you put the pads on, got a helmet going...you are just another player on the team," Crabbe said. "There really isn't any different treatment they receive. Which I don’t think they want it any other way." 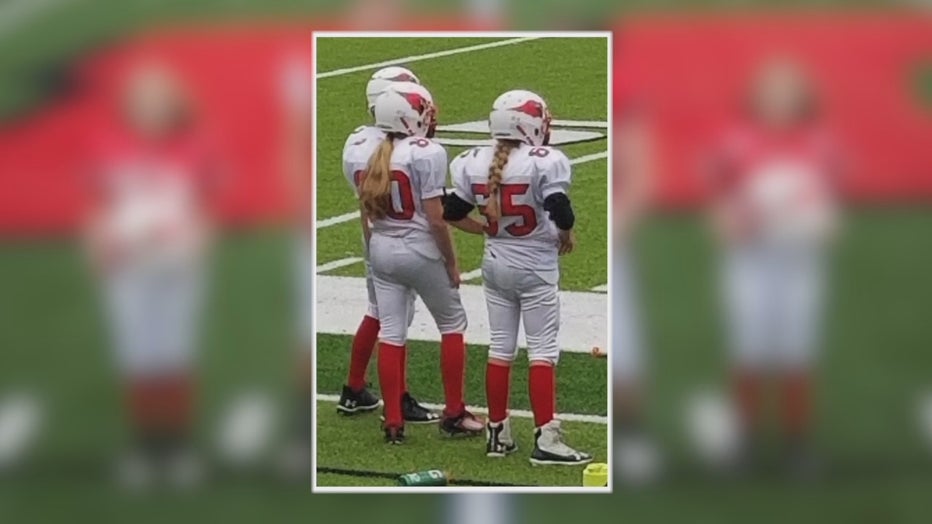 While there is a size and weight difference between Jamie and Shelbie and the seventh-grade boy that they face, that doesn't deter them from doing their jobs on the field.

"Last game I made a really good sack where the sideline could hear the sack, like hear the pop," said Shelbie.

Sometimes, the sisters will switch and play on opposite sides.

The Klug twins are proof of that.

Lynnsey Justman wanted to put a stamp on her senior year at West Bend West High School, so why not become West’s first female kicker in program history?