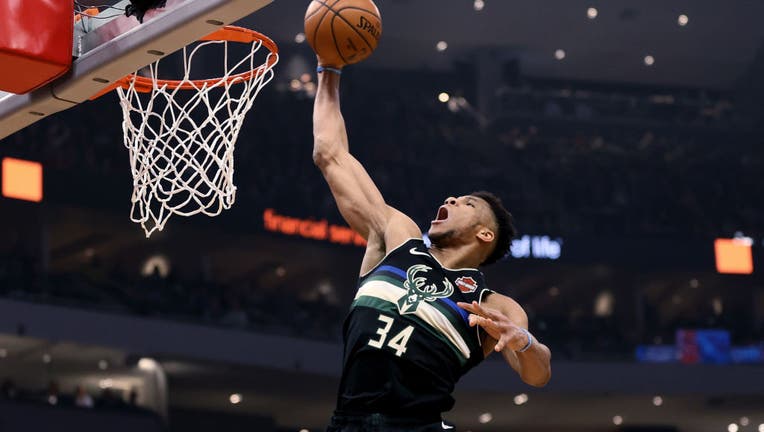 MILWAUKEE - Giannis Antetokounmpo has been unanimously selected to the 2019-20 All-NBA First Team, the NBA announced on Wednesday, Sept. 16.

This marks the second consecutive season that Antetokounmpo has made the All-NBA First Team and the fourth straight season he’s earned All-NBA honors.

In his seventh season, Antetokounmpo, the 2019-20 Defensive Player of the Year and a finalist for MVP, averaged 29.5 points (5th in NBA) and 13.6 rebounds (2nd in NBA) per game, which were both career-high marks, in addition to dishing out 5.6 assists and shooting 55.3% from the field.

He was the only player in the league to rank inside the top-15 in both scoring and rebounding this season and was the only one to average at least 20 points, 10 rebounds and five assists per game.

In addition to earning First Team honors the past two seasons, Antetokounmpo was named to the All-NBA Second Team following the 2016-17 and 2017-18 seasons. His four All-NBA selections are the third-most in franchise history trailing only Sidney Moncrief and Abdul-Jabbar who both earned All-NBA First or Second Team honors five times while with Bucks.