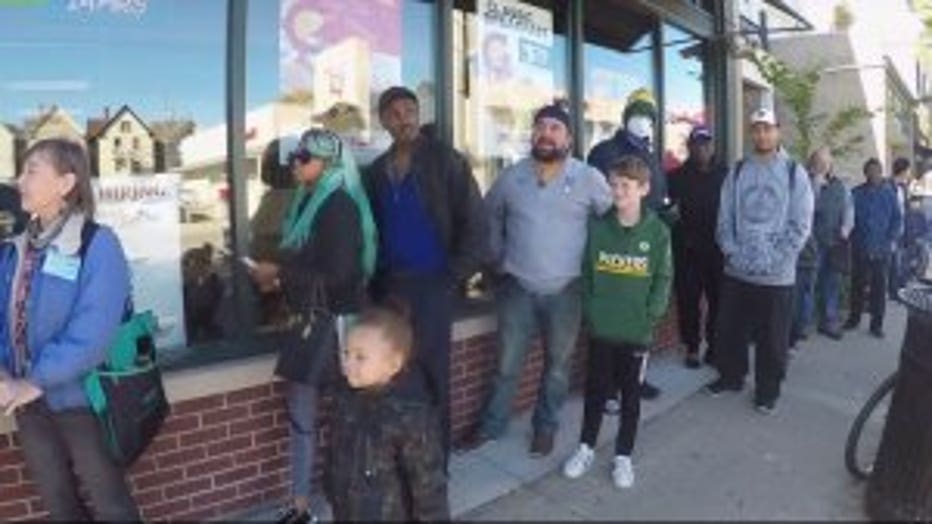 MILWAUKEE -- Thanks to the Milwaukee Brewers, George Webb restaurants are handing out free hamburgers on Thursday, Oct. 18. The burger giveaway has only happened one other time, and it was back in 1987.

"I was 5 years old in 1987. I do not remember my dad bringing me down to George Webb, but I've had hundreds of Webb burgers over the years. Never had a free one until today," said Joe Zepecki.

On Thursday, Martin-Brown and Zepecki -- and a lot of other people -- made up for lost time. 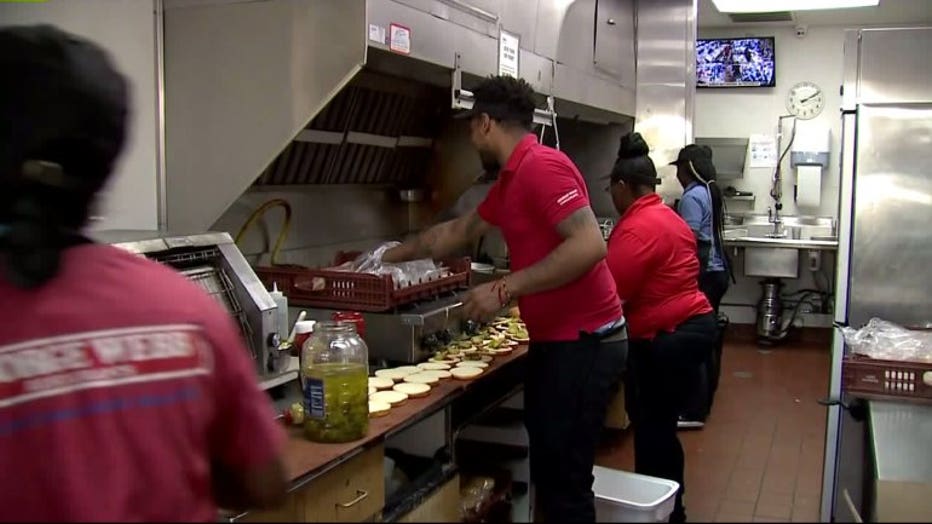 "So they got one free hamburger with onion, ketchup, mustard and pickle," Martin-Brown said.

"Absolutely, after two tough losses -- a day of free burgers -- what September and the start of October were like," said Zepecki.

Zepecki said it may just be the thing fans need, with the Brewers headed back to Milwaukee for Game 6 on Friday. 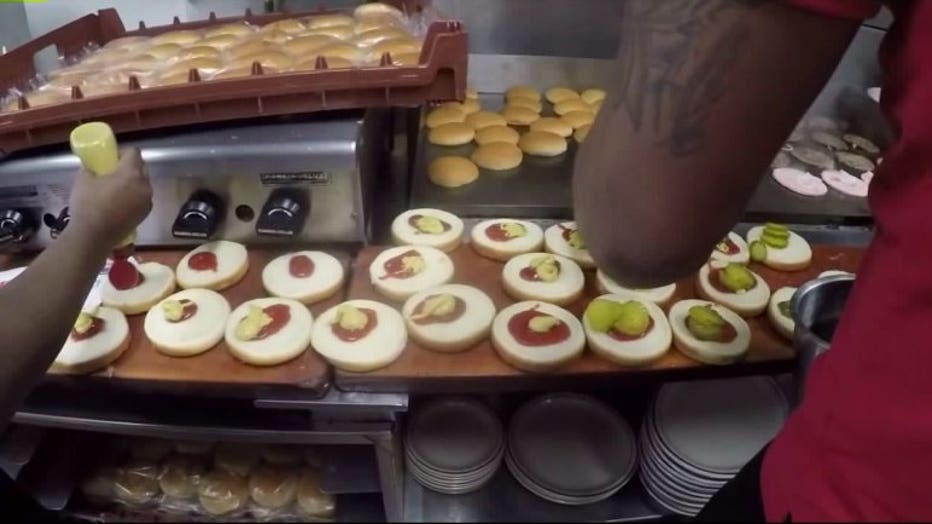 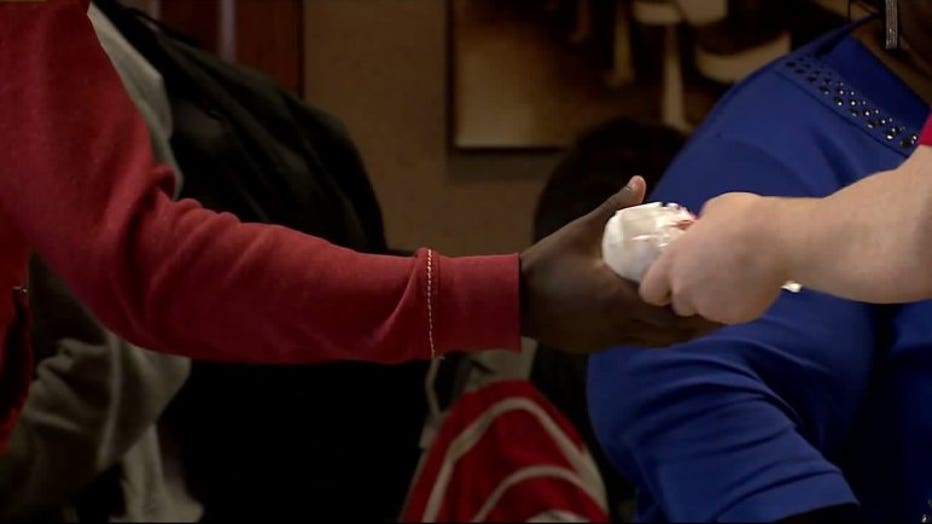 "The team is so far ahead of schedule. It's really an exciting time to be a Brewers fan," said Zepecki. 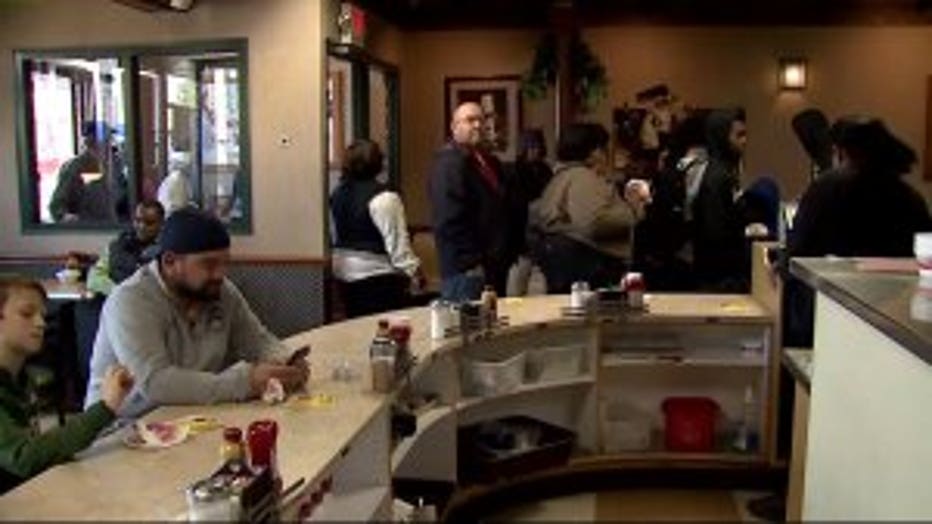 The promotion started at 2 p.m., and the George Webb near Oakland and Locust may hand out more than any other location.

"Maybe because we're the only George Webb on the east side," said Martin-Brown.

So what does a free burger compliments of the Brewers taste like?

"Tastes like we're going to win the series! That's what it tastes like," said William Harrell, received free burger. 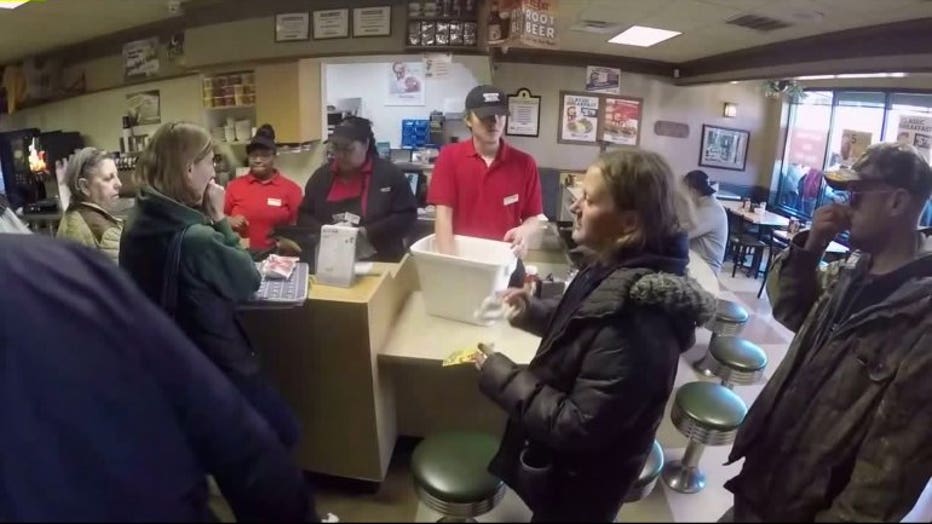 George Webb will be giving away free burgers through 6 p.m. Thursday. Not in the mood for a burger tonight, you can stop by any George Webb and pick up a voucher instead. 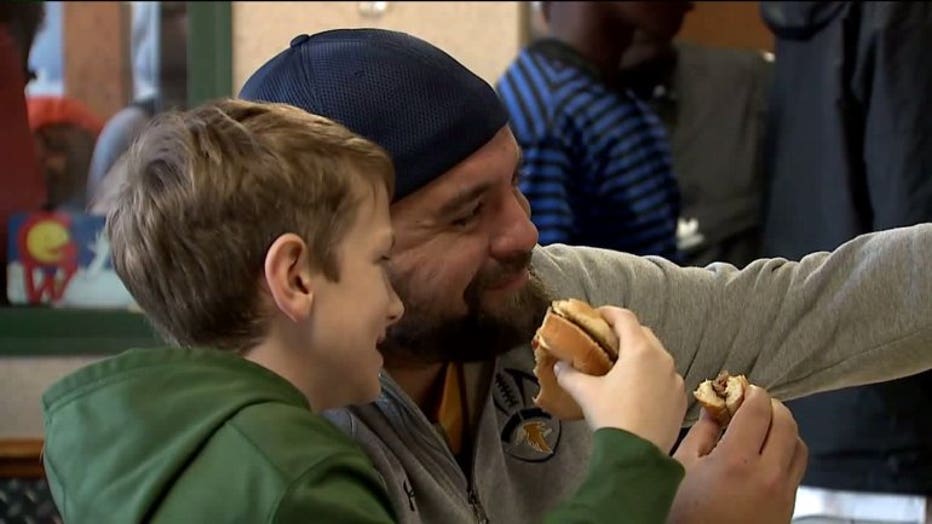