The league announced the decision Monday:

Adams left Sunday's 31-24 loss to Carolina in the third quarter with a concussion after being blindsided by Davis following a Carolina interception. Davis was penalized 15 yards, but not ejected. 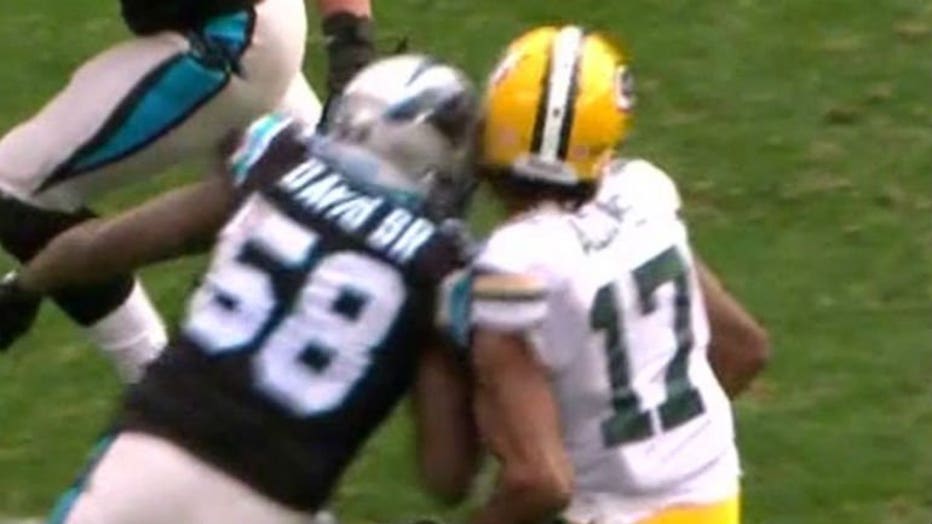 "Look it’s football but no room for (expletive) like that. We supposed to be in this together n look out for one another not mess with a mans livelihood and hand out unnecessary concussions. We all got mouths to feed what if I did that to him and his kids cant eat."

"Not the type to rant but when u go through this (expletive) twice in a year it takes a lil toll on u so excuse me."

Davis has since tweeted an apology for the hit:

Davis, the 2015 NFL Walter Payton Man of the Year, was visibly upset on the sideline after the play.

Davis has three days to appeal. The 34-year-old is a repeat offender in the league's eyes. He was fined $48,620 for a hit earlier this year on Tampa Bay wide receiver Adam Humphries.

Davis can return to the Panthers on Jan. 1 should the team qualify for the postseason. Carolina (10-4) can clinch a playoff spot on Sunday with a win against Tampa Bay (4-9).