INDIANAPOLIS -- It has come down to this. The Wisconsin Badgers square up against the Ohio State Buckeyes for the Big Ten Championship at Lucas Oil Stadium in Indianapolis on Saturday, Dec. 7. It's a game you can see only on FOX6. 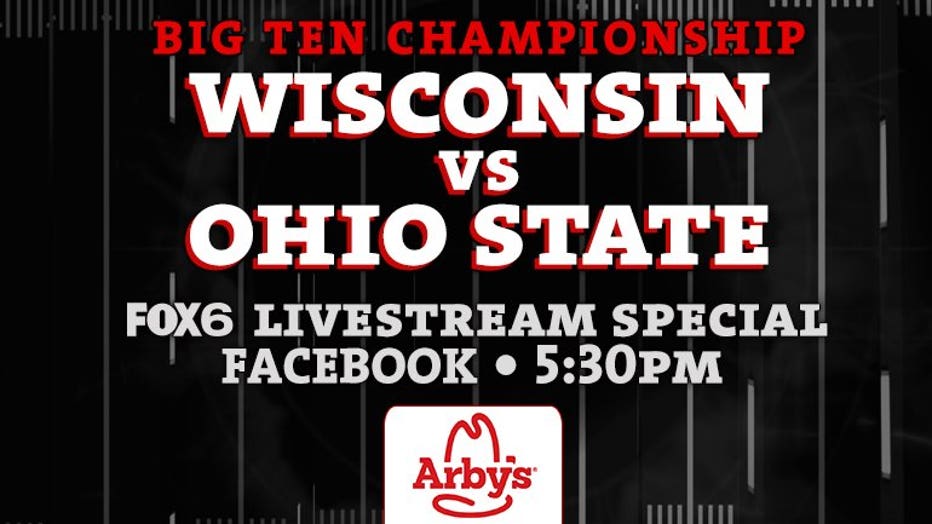 But we get the Big Ten hype started early -- with a 5:30 p.m. digital-only pregame show. FOX6's Brandon Cruz and Kaitlin Sharkey will crunch the numbers -- and get you fired up for the big game on FOX6Now.com, the FOX6 News app -- as well as FOX6 News Milwaukee on Facebook. "LIKE" us on Facebook -- so you can get a notification when we're live.

The FOX pregame show gets underway at 6 p.m. -- and the kickoff happens shortly after 7 p.m.

Stick with FOX6 after the game -- as we'll have a FOX6 News special with highlights, post-game interviews -- and of course the rest of the news and weather.