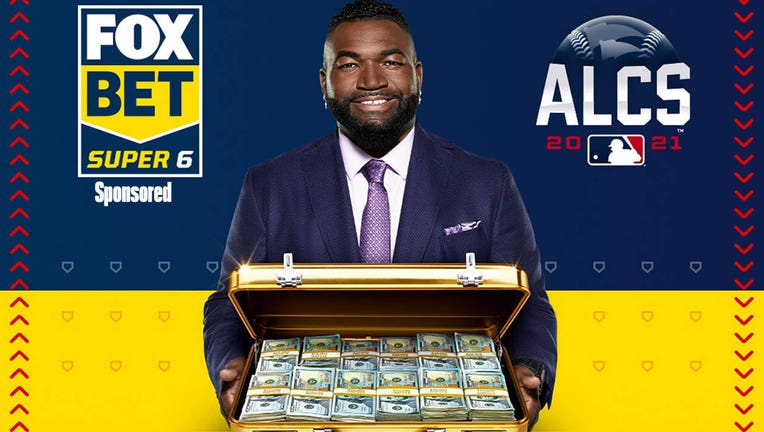 All season long, they were right there in the mix. Yet on some level, it is still surprising to arrive at the threshold of the World Series and see the Houston Astros and Boston Red Sox as the last two teams standing in the American League.

After all, the Rays, White Sox and Yankees all took turns as the flavor of the month. The Astros were almost too boringly consistent to earn much of a buzz. And after leading the AL East through the All-Star Break, Boston spent a lot of the second half in a free fall thanks to injuries and COVID cases that almost knocked them out of the playoffs entirely.

Still, October has a mind of its own. Both Houston and Boston looked dominant in their ALDS wins over Chicago and Tampa, respectively, and now, they meet Friday night at Minute Maid Park in Game 1 of the 2021 ALCS (8 p.m., FOX).

And you could win $10,000 of Big Papi's money on Game 1 of the ALCS with FOX Bet Super 6. Just answer all six questions correctly about how the game will play out, and you have a chance at the grand prize. It’s quick, easy and fun just by downloading the FOX Bet Super 6 app on your phone or mobile device.

Here are the questions for Game 1 on Friday and our predictions.

Which player will hit the first home run for the Astros?
Jose Altuve, Kyle Tucker, Alex Bregman, Carlos Correa, Other, No HR

Tucker had two homers in the ALDS against the White Sox, while Altuve and Yordan Alvarez each had one. In nine games against Chris Sale during the former AL Cy Young Award winner's career, Houston has hit six homers lifetime.

At Minute Maid, it seems hard to believe someone won’t reach the Crawford Boxes. And in the ALCS, why not pick the guy who lives for this moment and 10 LCS homers on his resume? Prediction: Altuve

Which team will throw the most strikeouts and how many will they have?
Red Sox, Astros, or tie, with ranges from 1 to 13+

The Red Sox have 57 strikeouts by their pitching staff in 48 postseason innings to this point. They have a lot of hard throwers – especially in the battered bullpen – and have thrived in the moment.

Also worth noting: the Astros tend to have more bigger swingers. Those guys in October can get in a funk. Prediction: Red Sox, 11 strikeouts

Which team will have the most hits and how many will they have?
Red Sox, Astros, or tie, with ranges from 1 to 13+

Both Sale and Framber Valdez can be overpowering, but both teams will be able to get their chances. Prediction: Astros, 11 hits

Which team will have the most runners left on base and how many will they have?
Red Sox, Astros or tie, with ranges from 1 to 17+

The Astros left 28 runners on base against the White Sox, but they were outstanding with runners in scoring position against Chicago with a .378 average.

Boston hit .314 with runners in scoring position and they left 31 on base against Tampa Bay. Prediction: Red Sox, 9-10

Which team will have the most extra-base hits and how many will they have?
Red Sox, Astros, Tie with ranges from 1 to 9+

The Red Sox had 16 extra-base hits in the series against the Rays – bludgeoning Tampa’s pitching with seven doubles and nine homers. The Astros had 12 extra-base hits and didn’t appear to need that constant extra base brigade to score on Chicago. Prediction: Red Sox, 5

Which team will win and by how many runs?

This all depends on Sale. If he’s the good Chris Sale from 2018 (and even at moments since he returned), the Red Sox could get their game they want in Houston right off the bat. The problem is counting on that seems a reach.

Houston gets the early jump. Prediction: Astros by 3

Play FOX Super 6 every week for your chance to win thousands of dollars, including a $10,000 prize on the Big Noon Kickoff game of the week, the weekly $25,000 college football promotion and, of course, the Sunday NFL Challenge. Just download the Super 6 app and make your picks today!