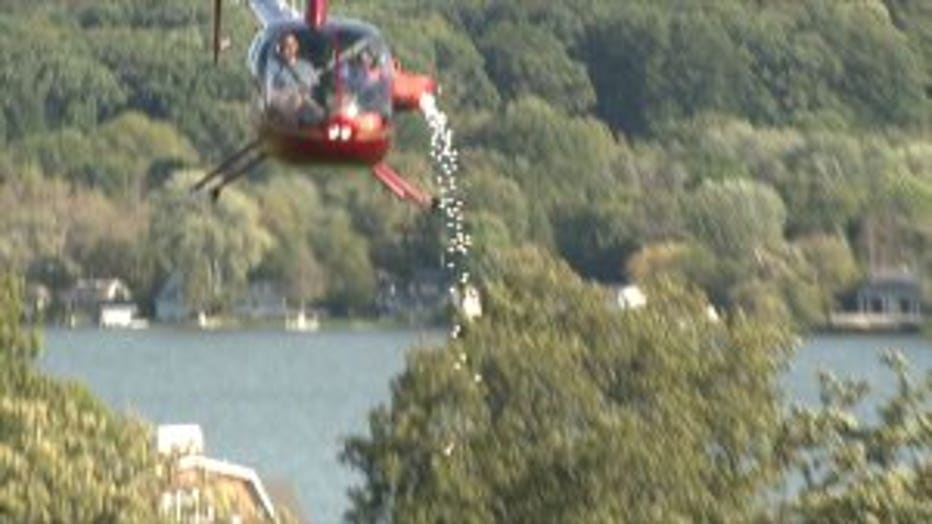 LAKE GENEVA -- Summer in Wisconsin is full of charity golf outings, but one at Geneva National Golf Club was different. It wasn't just the players using a golf launcher or a helicopter to drop about 600 golf balls. The outing on Sept. 23 at Geneva National Resort in Lake Geneva involved Wisconsin sports celebrities helping a great cause.

Sanders, a former Milwaukee Brewers pitcher, became the driving force behind the golf outing, "Tee Up Fore The Cure," benefiting juvenile diabetes research. Sanders got involved after his grandson, Andrew, was diagnosed four years ago.

"I wanted to do something for him, but also fighting the cause of diabetes," said Sanders. 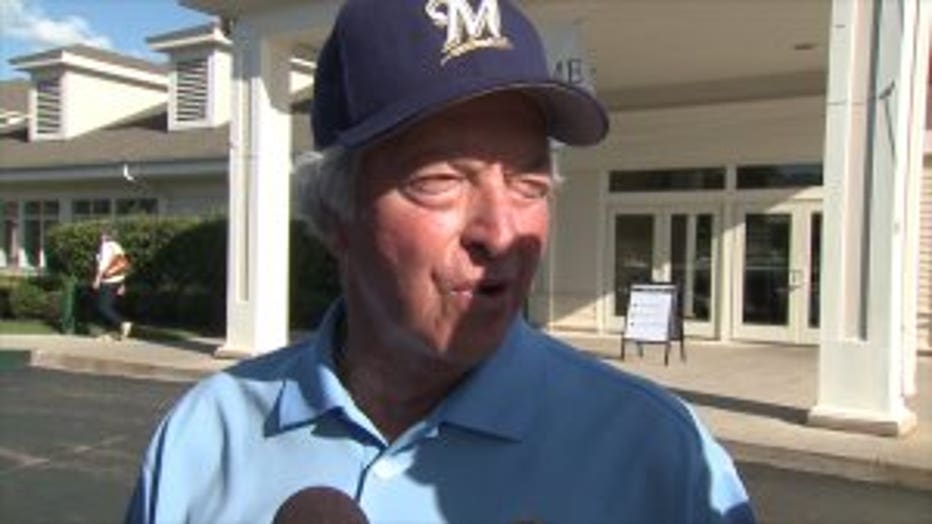 The outing, which started by the New Berlin company ITU AbsorbTech, became a celebrity event with help from Sanders.

"I'm very fortunate," said Sanders. "I've lived in the community and was able to get a lot of former players, not just baseball, but we have Frank Winters here, Paul Coffman, Tony Smith, plus a lot of '82 Brewers, and even before and afterwards."

"It's a great event, star-studded, and raised a lot of money for a great cause, fighting Type 1 diabetes," said Dan Wankowski with ITU AbsorbTech.

The outing quickly grew, and the support from both the company and former players really touched Sanders and his grandson, Andrew. 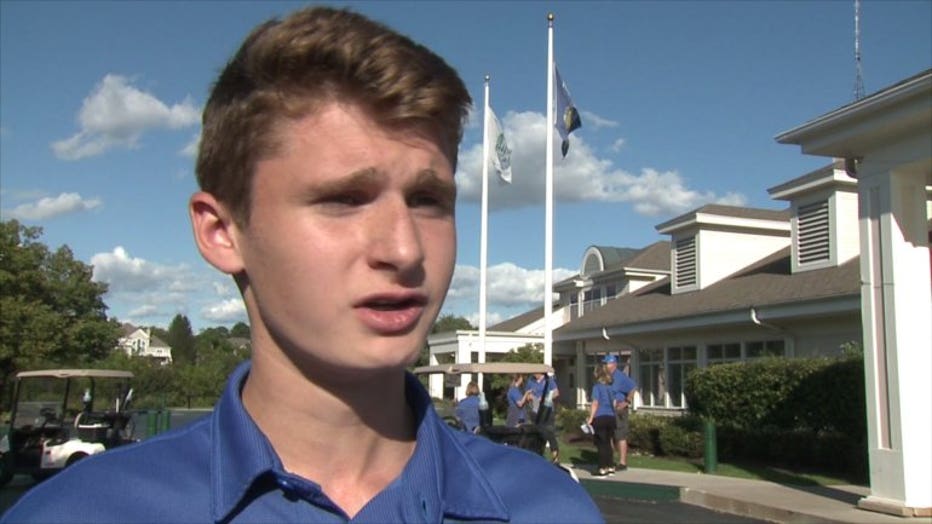 "It's great that just, so many people care," said Andrew McLaughlin. "Just, everyone coming out here to support this wonderful event, it's just really great, and it means something special to me."

"It's so nice that all walks of life here, all sports, that will open their hearts and come out," said Sanders. "They met Andrew for four years, and some of our kids grew up together, so that makes it special that I can have them come." 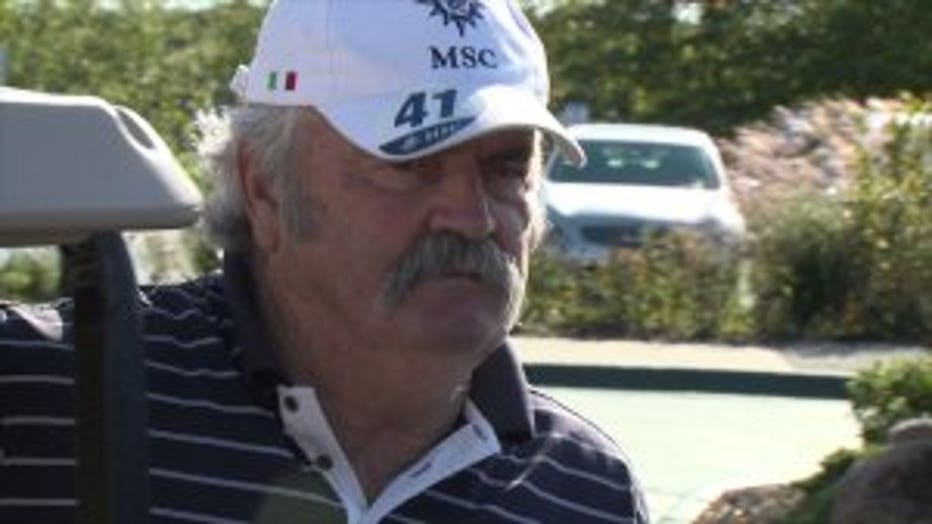 Sanders' former teammate and Brewers great Gorman Thomas was one of those who makes sure to be there.

"It's easy to say that I enjoyed myself very much today," said Thomas. "The reason why we do it, that's also playing with friends and accomplices that I played baseball with, so all in all, great day."

The money raised went to the Juvenile Diabetes Research Foundation and the Max McGee Foundation.

Andrew McLaughlin has seen the benefits.

"So I have the Medtronic 670g, which is considered the first artificial pancreas," said McLaughlin. "It's no where close to a cure, but through these events and so many people caring, we will be able to find a cure someday." 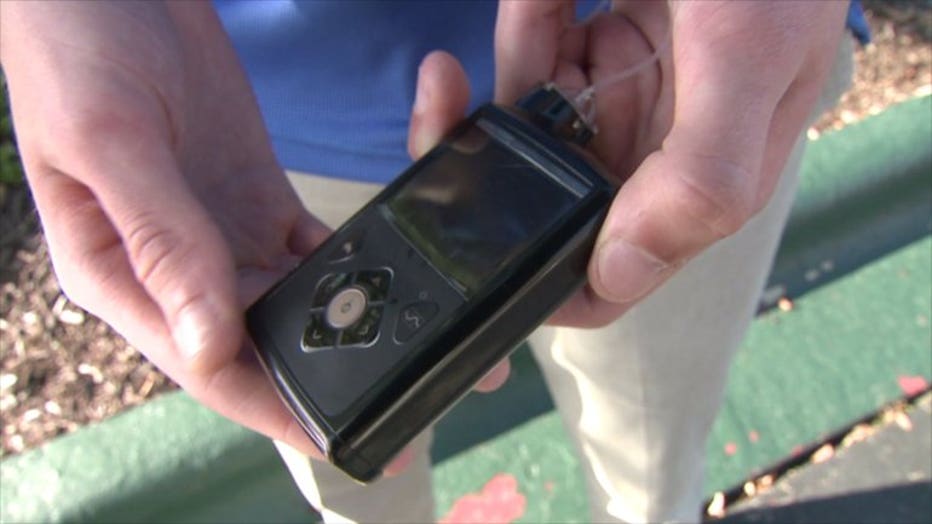 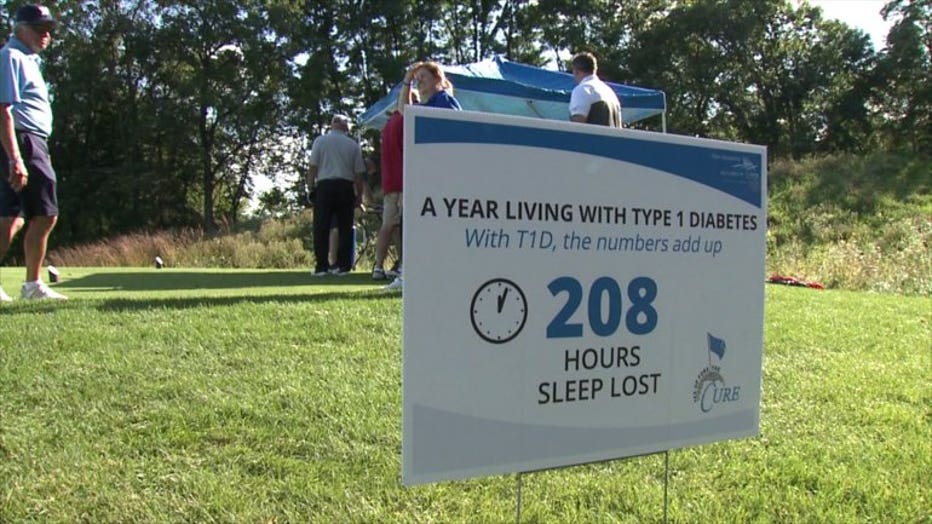 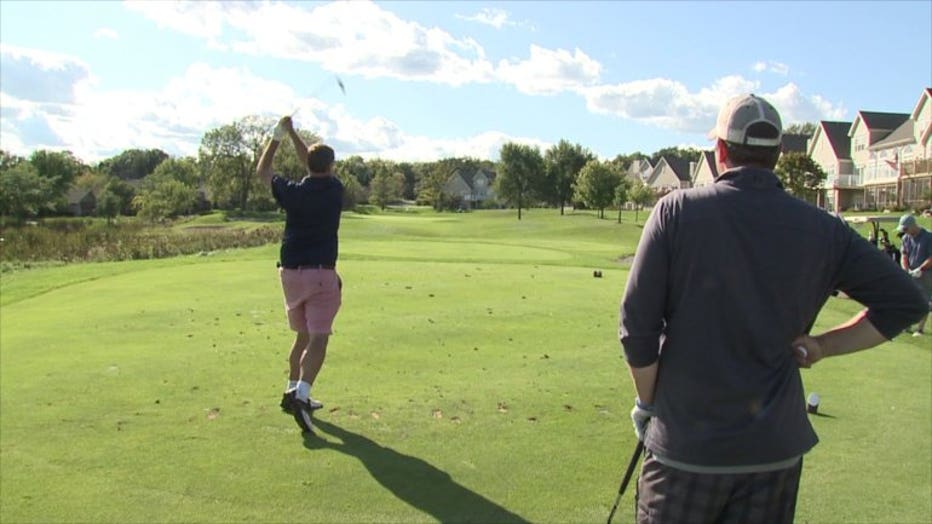 Sanders said he believes with this event and other fundraising, the cure will come soon.

"We are going to rent Miller Park and have one hell of celebration," said Sanders.