At Miller Park in 2020, the crowd didn't get&nbsp;fired up and the organ wasn't heard, and half the time for the Brewers TV and radio broadcasters, the game itself wasn't even in Milwaukee.

MILWAUKEE - While the Milwaukee Brewers were playing on the field right down to the final day of the Major League Baseball season, their broadcasters were, too. In fact, those crews were right at home behind the mics during this unusual campaign.

At Miller Park in 2020, the crowd didn't get fired up and the organ wasn't heard -- and half the time for the Brewers TV and radio broadcasters, the game itself wasn't even in Milwaukee. 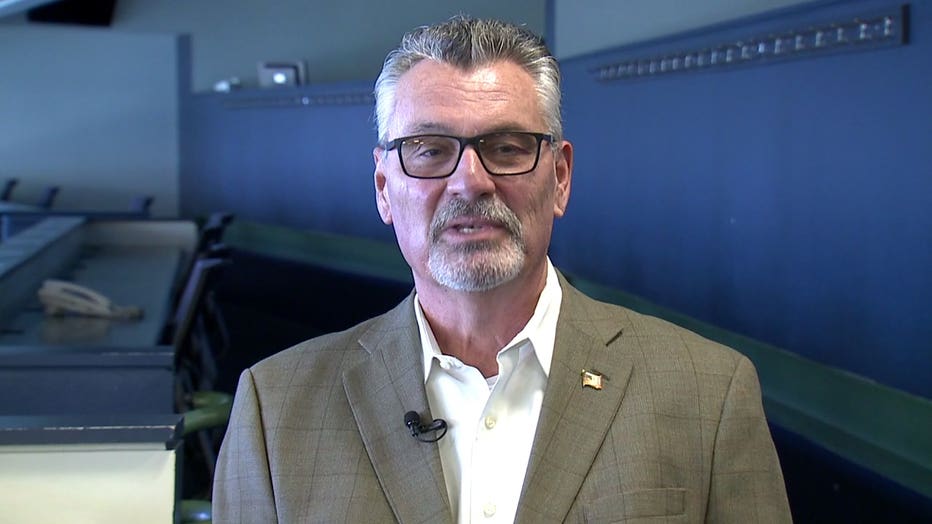 "You know, Tim you've been in this business a long time," said Bill Schroeder, Brewers TV broadcaster. "You know when that red light comes on, you're here in the ballpark, and the crowd is here at 7 o'clock getting fired up, it kind of gets you fired up for the game."

Against the backdrop of a pandemic, Milwaukee's microphone men and women broadcast every game from their home ballpark -- considerably more difficult when the team is at a different ballpark. 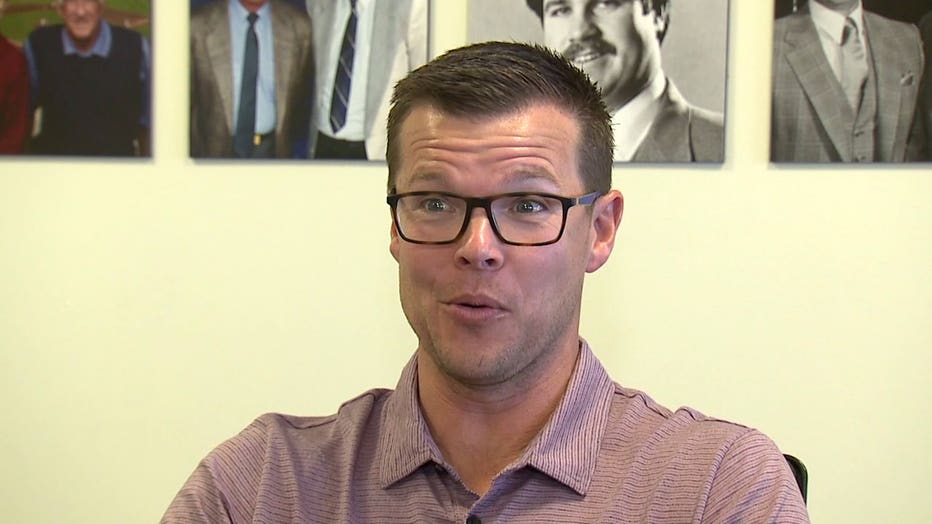 "It's more focused on the game, which is fine," said Levering. "That's what we're here to talk about anyway. You lose a little bit of the flavor of some of the out of town cities. We can't tell if a rain cloud is coming in in Pittsburgh. We can't say, 'Oh, it's starting to rain' until we see the picture of it." 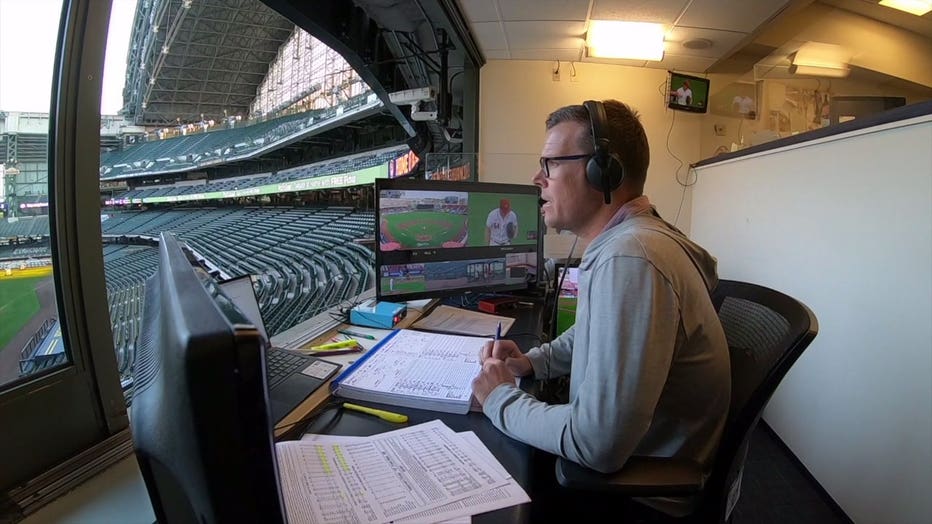 There is no way the setup would work if not for technology and the folks behind the scenes.

"We always knew we had a great crew in Milwaukee for games, but now, we understand how good they are," said Schroeder. 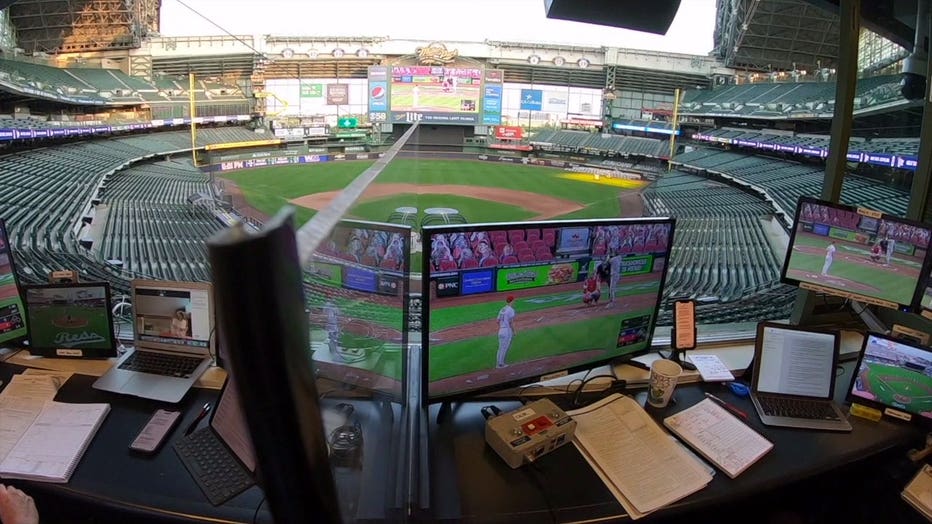 As the season has gone along, the broadcasts have gotten better and better. It isn't easy to call home runs off monitors live on the radio, and you don't want to be wrong.

"Audio guys are really good in the TV trucks," said Levering. "They can make a broken bat just off the end sound really good. There are times when you can get fooled. You just kind of have to take a second and just let it breathe for a moment. The worst thing in the world for a broadcaster, especially in baseball, is to bring a baseball back into the ballpark." 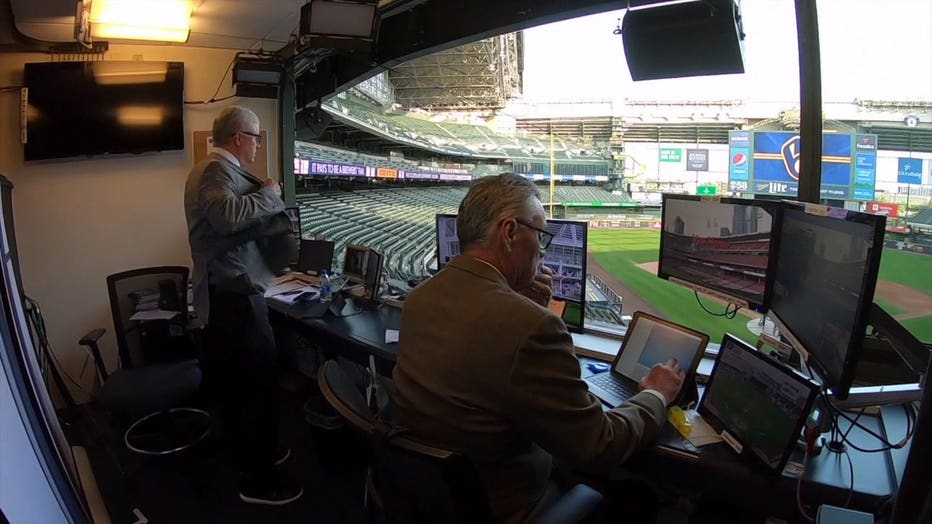 On the personal side, a summer in town wasn't bad for Levering, who has a young family, or Bill Schroeder, Brewers TV broadcaster, who has spent his life on a home and away itinerary.

Professionally, of course, the goal in baseball is always to make it home.

"This is basically what I do," said Schroeder. "To say I don't want to do this this year, I would have been going nuts."

If the pandemic has ended by next season, the Brewers crews could go back to traveling with the team, or perhaps, they will have a new reality after adjusting so well to the challenges of 2020.