Sometimes there's a calling that a person can't turn away from. Brandon Cruz goes Beyond the Game with one Milwaukee woman who found it while she was following her passion of running.

MILWAUKEE - Running through the streets of Milwaukee is something Tenia Fisher has been doing for a very long time.

"I started running when I was 12 years old," she said.

The passion led her to run competitively at UW-Milwaukee.

"I loved that sense of team and community," said Tenia.

When she graduated, her running goals changed.

"I used to run to break records or win track meets, get a gold medal," Tenia said. "And now, it’s a bigger purpose."

Tenia is a co-founder of the running group F.E.A.R. MKE.

"Getting people to enjoy running," she said. "That warms my heart." 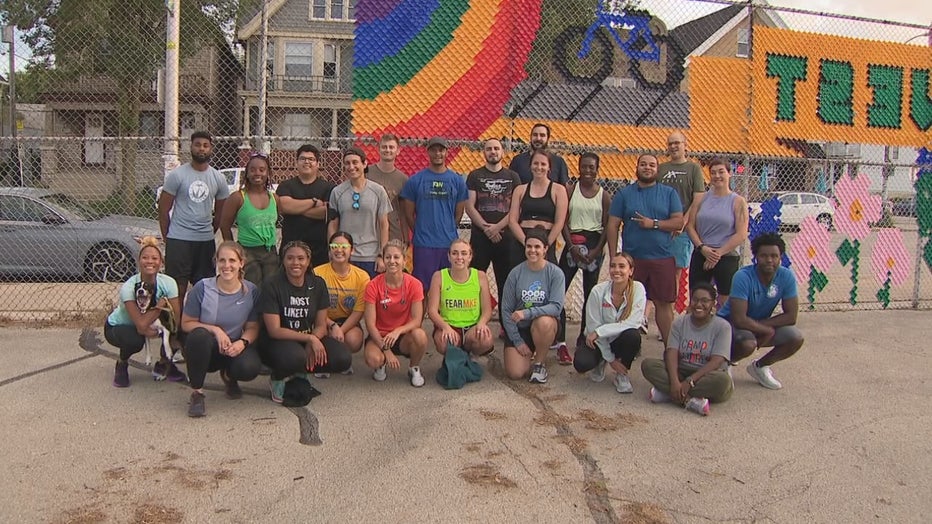 It's a running group for people in the Milwaukee area.

"Any age, any running ability, all levels, shapes, sizes. Even if you don’t consider yourself a runner, you’re our people," said Tenia. "You’re definitely welcome."

For Tenia, it stands for much more when it comes to the people in her group.

"We’ve seen people reach personal fitness goals of losing weight or just wanting to get their bodies moving daily or weekly with us," she said. "So it’s a bigger purpose more than running. We’ve created a family and a safe space in Milwaukee for people to enjoy."

The family is figurative and literal for Tenia. Her brother, Toney, is part of the 30 to 40 runners who meet a couple of times a week.

"She needed help here running F.E.A.R. MKE," said Toney. "So I decided why not join and keep the family tradition going."

Much like her running goals have changed, running with fear has affected Tenia in a profound way.

Like training for a race, changing the perception and the culture in the city is a step-by-step process that is taking a conscious effort.

It keeps Tenia and Toney focused on their mission.

"I think it’s a sport that all people can enjoy," Tenia said. "And we don’t see a lot of people of color running. I think that’s more of a reason to get involved."

F.E.A.R. meets every Tuesday at Company Brewing in Milwaukee and every Saturday at Atwater Park.

It's for all levels of runners and is open to everyone.