Ever heard of dartball? Combining darts, baseball, the sport offers fun, fellowship for all ages!

Ever heard of dartball? Combining darts, baseball, the sport offers fun, fellowship for all ages!

MILWAUKEE -- Ever heard of "dartball?" It's a sport that combines darts and baseball, and FOX6 News took it all in during the 77th annual Wisconsin State Dartball Tournament.

The sport involves players throwing a dart underhand at a board that looks like a baseball field.

"It's played just like baseball. We shoot singles, triples, there's doubles, home runs, two base singles, anything you see in baseball, we have," Harry Roecker, president of the Wisconsin State Dartball Committee said. 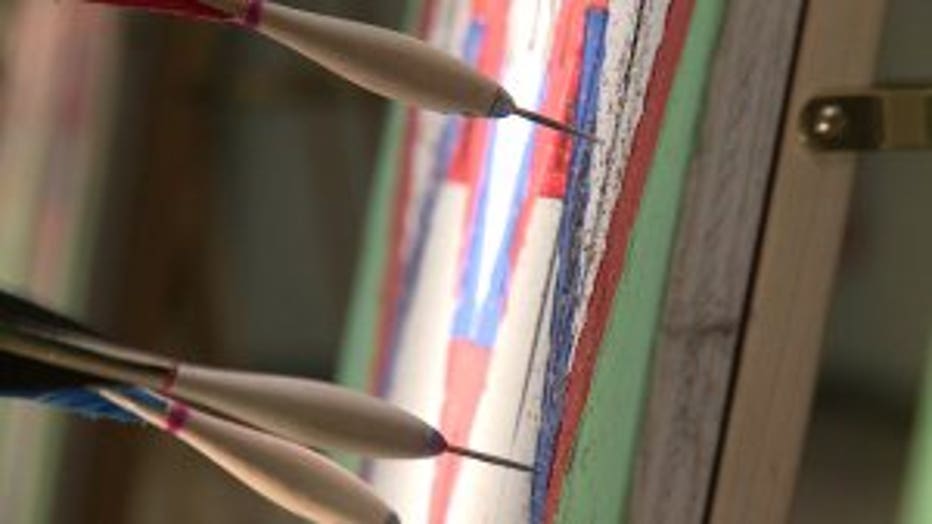 After nine innings, the team with the highest score wins.

But unlike baseball, this is a game that can be played by just about anybody.

"It doesn't matter the age, doesn't matter if you're old or young. Guys that are 80 can still be good and it's just what you want to make of it," Roecker said.

Roecker is the president of the Wisconsin State Dartball Committee --  and just one of the people that helped make the tournament at Potawatomi Hotel & Casino possible. 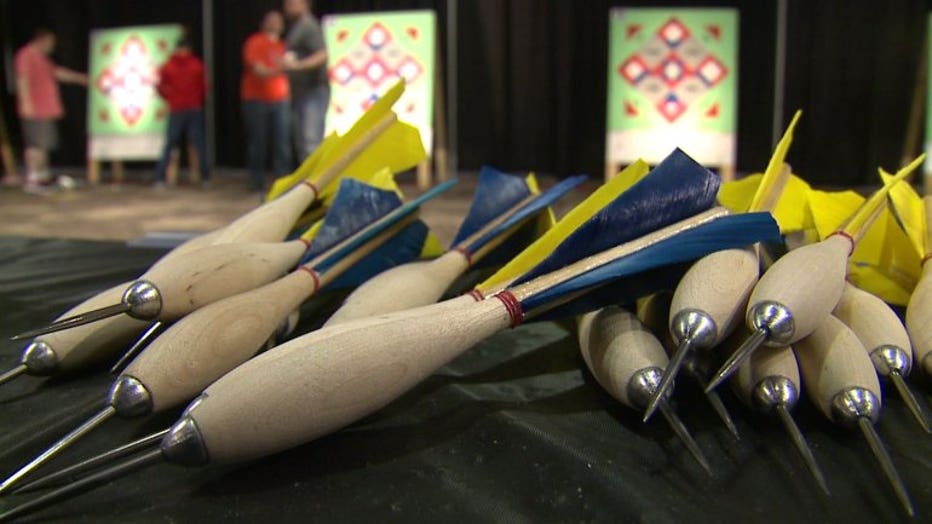 Roecker said more young people are taking up the game.

"Get the young kids out there and play, and a lot of them are because their parents played, their dad plays, or their mom plays. It's something they enjoy doing. Once you do it, you do have fun," Roecker said.

And that's led to dartball growing in popularity. 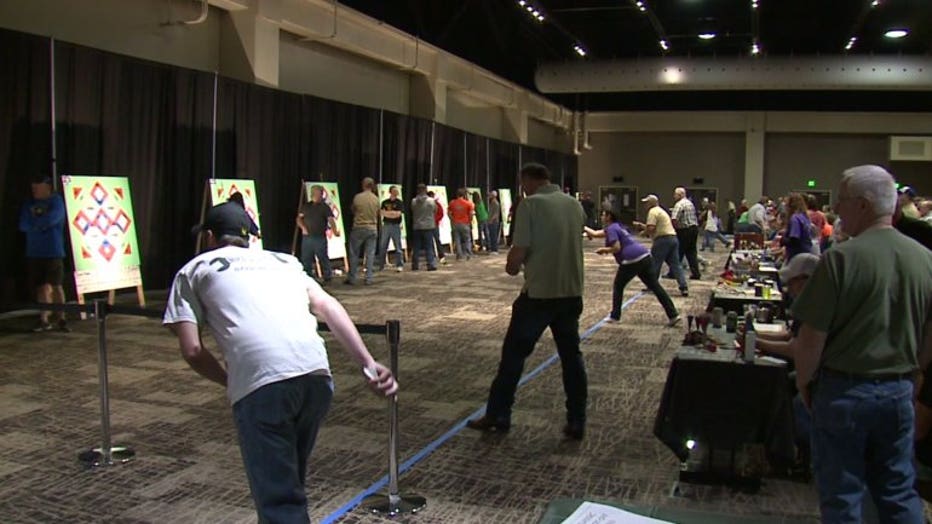 "This year we set a new record of 126 teams. We probably have between 1,400 and 1,500 participants and we probably have about 2,200 people that are involved in this tournament," Roecker said.

One of those young players was Storm Langhoff of Fort Atkinson. At the age of 18, he has already been playing for five years.

"I started with my dad who's in the A bracket for my church league, St. Paul's Lutheran," Langhoff said. 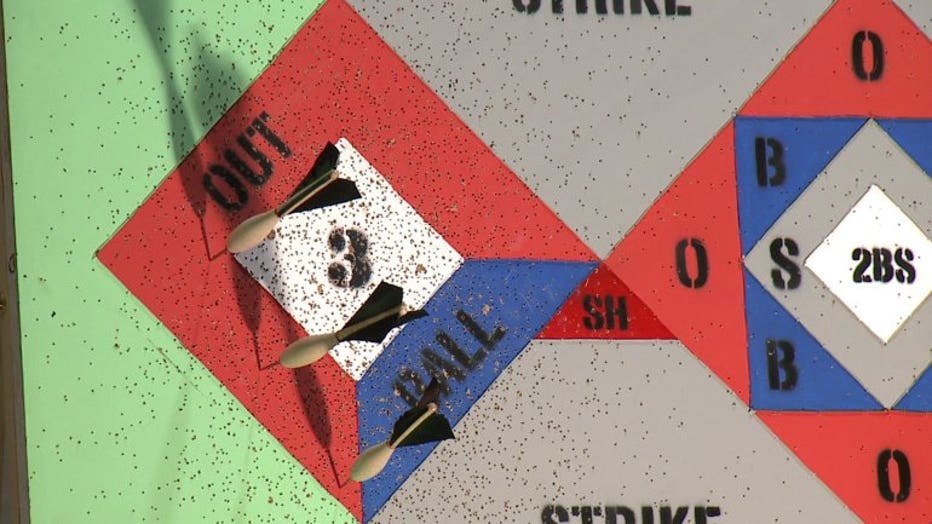 Langhoff said it is more than just the game that he enjoys.

"You gotta love the people. Everyone is real nice. The game's really fun. I love doing sports and this might not be the most athletic but it's still a lot of fun. You get hang out with the guys away from work. Gotta love it," Langhoff said.

Another theme of dartball is family -- being either actual family members or those you call teammates.

"We have teams that actually have been created that have never played dartball and they come to this tournament for one reason -- their parents played and their kids don't. The kids got together and said let's put a team in," Roecker said. 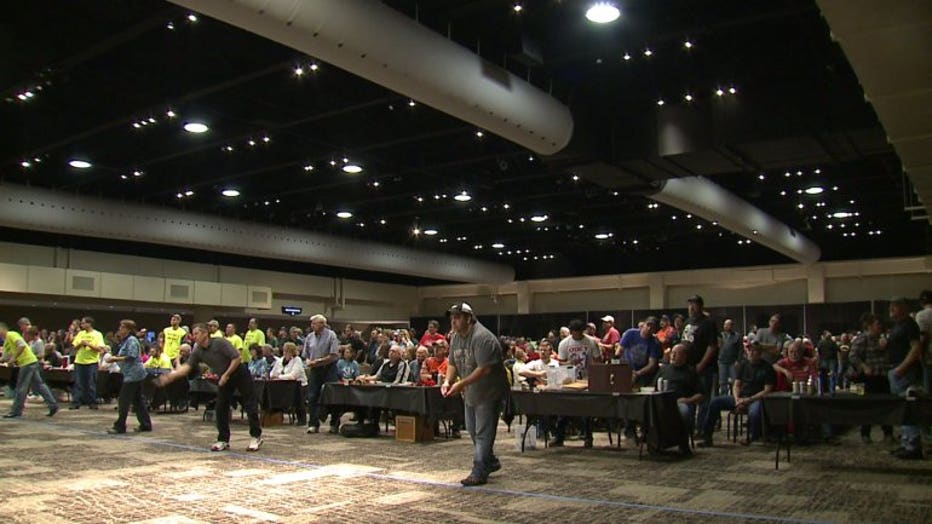 The state tournament doesn't exclude teams from outside of Wisconsin.

"We have teams that actually came from Michigan, Illinois, and we actually had teams Ohio, who drove seven or eight hours. We have three teams, three teams, four teams from Ohio," Roecker said.

So win or lose, it seems dartball is a home run for everyone who plays. 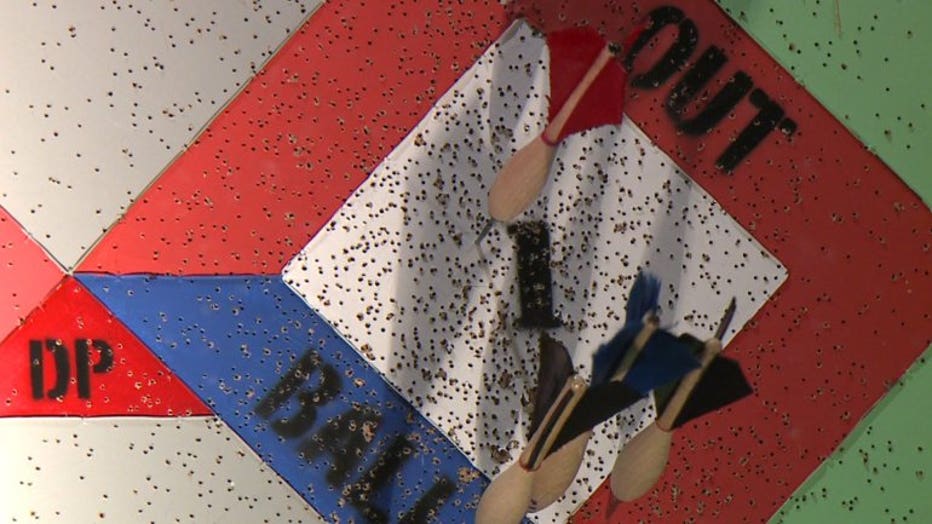