MILWAUKEE -- ESPN is reporting that Mike Budenholzer has reached an agreement to become the next head coach of the Milwaukee Bucks. That's according to league sources.

Reports indicate Budenholzer had breakfast on Wednesday morning, May 16 with Bucks players Giannis Antetokounmpo and Khris Middleton. This, after he had a second interview with Bucks ownership in New York.

Budenholzer used to be the head coach for the Atlanta Hawks. 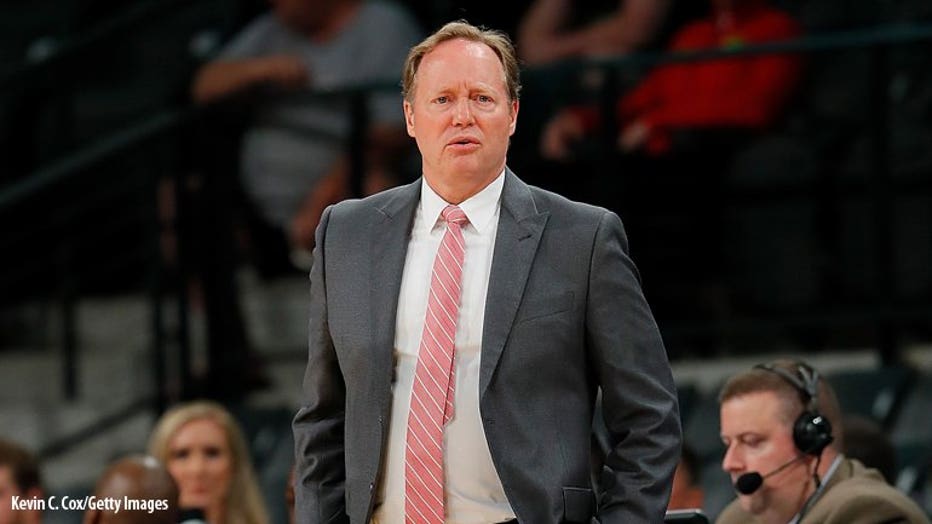 ATLANTA, GA - OCTOBER 09: Mike Budenholzer of the Atlanta Hawks looks on during the game against the Memphis Grizzlies at McCamish Pavilion on October 9, 2017 in Atlanta, Georgia. NOTE TO USER: User expressly acknowledges and agrees that, by download