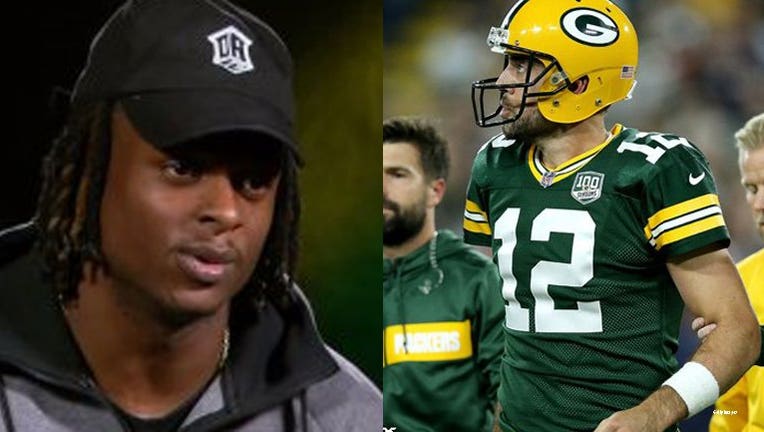 GREEN BAY, Wis. - We are entering a new week without any clarification regarding Aaron Rodgers' future with the Green Bay Packers. But there are interesting twists in this saga.

Davante Adams is Rodgers' favorite receiver on the field – and they are in lock stop off the field as well.

During an appearance on FOX Sports 1 on Monday, May 10, Green Bay's Pro Bowl wideout acknowledged said he first heard of Rodgers' unhappiness being reported when he was out on a golf course.

"It wasn't the best news to receive when I was out there trying to have a good time. But, it scared me a little bit -- but it was a lot of things that go into it. So I was like, let's just calm down, let's see what's going on, we'll talk to him -- and ultimately, try to figure out what's going on with the team," Adams said. "I've been behind him 100% throughout the whole thing. Obviously, I'm praying everything works out and that we get him back."

Rodgers and Adam do not have to be there, but the Packers are holding their rookie mini-camp at the end of this week. The quarterback situation figures to be in the air no matter what happens in Titletown.

Maurice Robinson was sworn in on Monday, May 10 as the City of Racine’s next police chief.

The Wisconsin Department of Health Services (DHS) on Monday, May 10 reported an additional 205 COVID-19 cases, bringing the total number of cases to 603,303.

Celebrating mothers makes the second Sunday in May very special every year. One Milwaukee athlete is hoping to celebrate his mom once again this summer in Tokyo.