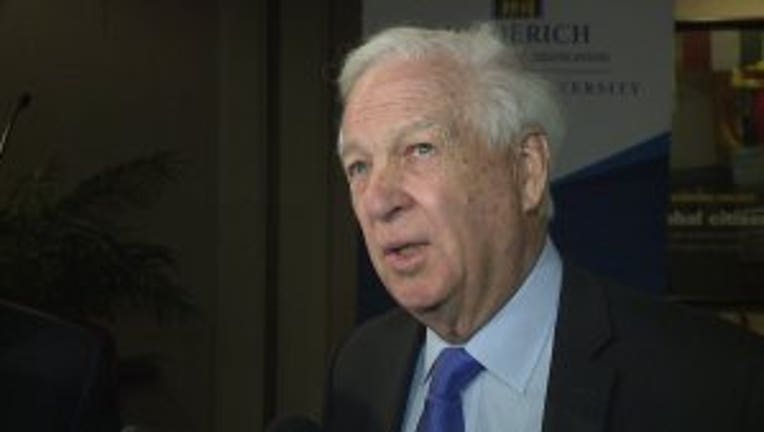 MILWAUKEE -- As a player and coach, and now a long-term commentator, Bill Raftery has seen just about everything in college basketball, but at a recent talk at Marquette University, he said there was only one Al McGuire.

It was a different kind of business for Raftery, fresh off another championship in college basketball, on this day at MU, as the long-time college basketball analyst spoke about the sport's broadcasting business.

"It was exciting and I think like anything, like players and coaches, once the ball went up, it's business as usual. It's the word passion, and I think that goes with anybody's job -- if you don't really love what you are doing, you might as well get out of it," said Raftery. 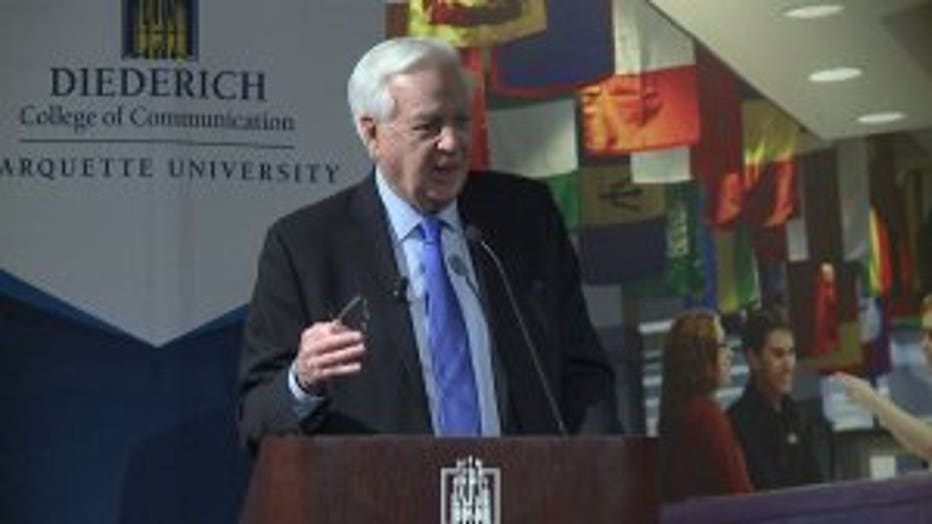 While a college player and then a coach, Raftery often thought about broadcasting, but ultimately he had to make a quick career decision.

"With the Big East forming, I had two days to decide in October of 1981 and I always had an inkling I'd like to do this and I talked to Dave Gavin about it, so it was a quick decision, but I thought I'd like it --thought I'd enjoy that end of it and yet I thought I was going to be John Wooden too and win 10 of them -- and everybody talk about my great coaching. Obviously that went away fast," said Raftery. 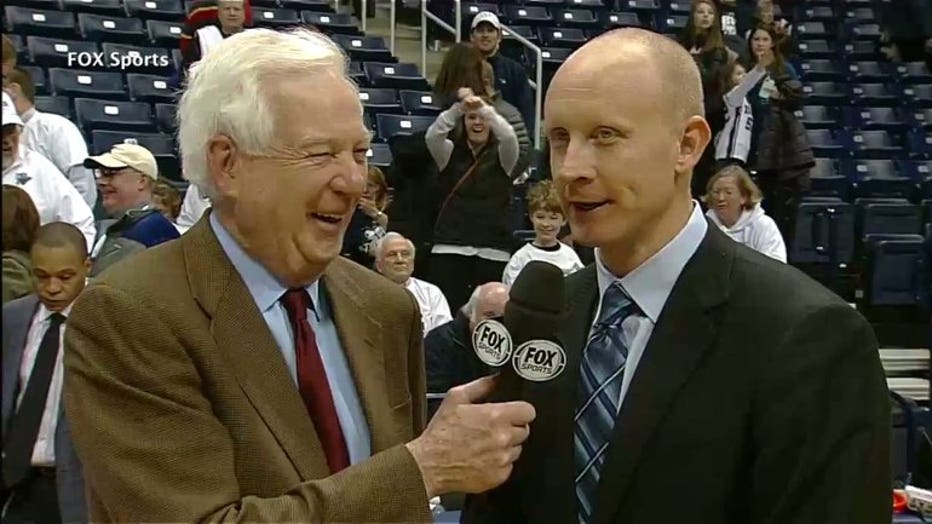 The decision was obviously the right one. He has helped grow the popularity of the college game with catch phrases like "send it in big fella," "onions" and the quick "man-to-man."

"They just sort of spouted out. It was like, the 'man-to-man' was actually started to get out of the play-by-play man's way, and I didn't really realize I was doing it. Being in airports quite a bit, you'd hear people go, 'man-to-man' and I says 'jeez, there's something wrong with that guy.' I didn't actually know at the beginning," said Raftery. 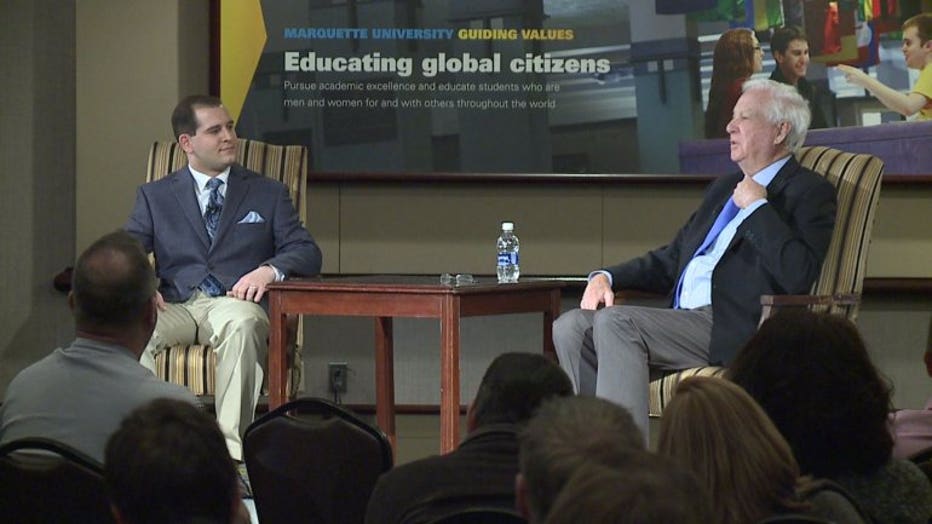 A trip to Milwaukee didn't come without some stories about his friend, Al McGuire, former MU coach -- like the time he was bumped as speaker at the 1976 basketball banquet for long-time coach, Abe Lemons.

"So we met at The Pfister. Al came in -- he said 'Billy, you're no longer the speaker. You're now the emcee,' and that's the way he did it -- fly by night. So two days later, I call my wife and I said 'Joan, I don't know where I am, but I'm having a great time,'" said Raftery.

There was also the time Al McGuire drove him to the gym on campus. 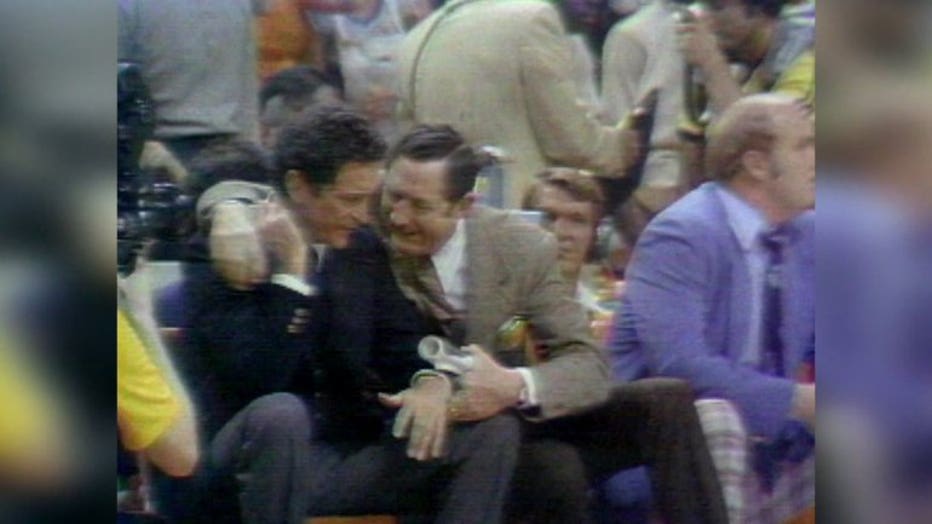 There's yellow signs -- 'do not park. We will take your first child if you park here.' Al pulls in right to the door and we got out and we started in and he says, 'I forgot,' and walks back to the car and he reached in the glove compartment and put a sign in the window -- 'clergy,'" said Raftery.

Raftery said he also admires Marquette's current coach, Steve Wojciechowski and has since his playing days. 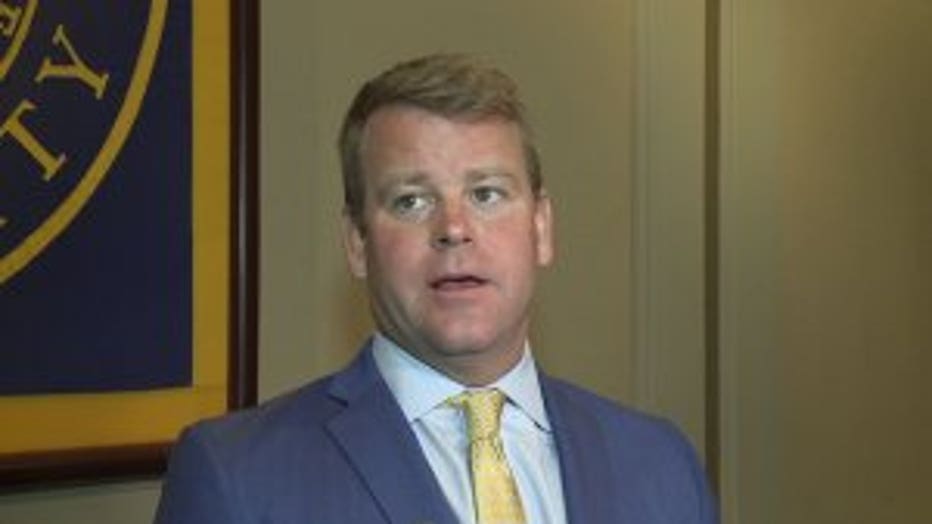 "I just like the way he is -- how he loves the game. You can be saying that about a lot of people, but I just have an affection for him because he left everything out there and he didn't care who scored -- 'how do we win this game' and I think that's what he's tried to do here," said Wojciechowski.

The feeling is mutual for Wojciechowski.

"I don't know if there's a more universally well-liked guy than Bill Raftery in college basketball. That's a hard thing to accomplish, and he does it with great class and dignity and a whole lotta fun," said Wojciechowski.

"I think it's just the way I am. I've always been able to look at the rosy side of things and develop a kinship with the players. It's been a blessing for me just to be involved in it," said Raftery.