Cedarburg senior next in line of the Diener basketball dynasty

If you're a Wisconsin hoops fan, you know the Diener family; Tom, his brother, Dick and Travis. Now, enter Clare.

CEDARBURG, Wis. - If you're a Wisconsin hoops fan, you know the Diener family.

From Tom, who won five state championships at Milwaukee Vincent, to his brother Dick, a WBCA Hall of Famer, who coached Travis, a star at Marquette University, the list goes on and on.

Clare Diener is Tom's youngest daughter and a captain on the Cedarburg girls basketball team. This January, she made history by becoming the Bulldog's all-time leading female scorer. Clare surpassed Morgan Herrick's 1,345-point mark set from 2003-07.

"It's a huge accomplishment," said Clare Diener, a Cedarburg senior. "I've put in a lot of time, and it's just cool to achieve something over the course of so long."

Even better, her older brother John was also an all-state player back in his day. He owns the all-time record on the boys side with 2,250 points. 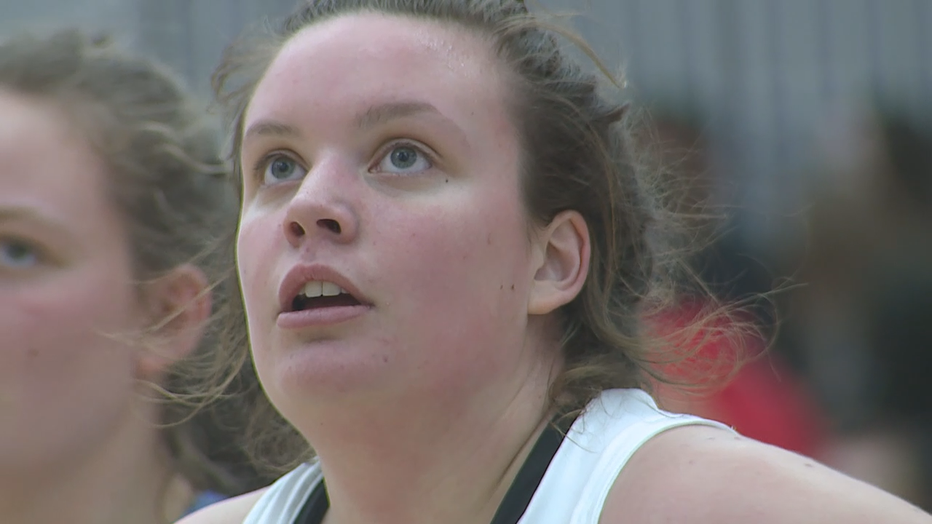 "It's really cool because I grew up watching my brother play all of high school and getting to see all these accomplishments he's had," said Clare. "To see that all come about has been an awesome experience."

John is a senior at UC San Diego.

"That's just a tremendous accomplishment," said John Diener, Clare's brother. "It's really just a testament to all her hard work. She's such a hard-working individual, but also just a really great teammate too, so I really couldn't be more proud of her, and it's really cool for us to both have the same record."

With the success of this far-reaching Diener basketball dynasty, it's no wonder Clare's hard work has paid off on the court.

"Right away, I knew that Clare, when she eventually got into high school, she was going to be a dominant force for us," said David Ross, Cedarburg girls basketball coach. "Clare's put the time and effort into learning how to improve her game, whereas some kids plateau, she just kept going and learning new things."

It also helps to have a role model like her father Tom, who retired from coaching in 2018. He led Milwaukee Hamilton and Cedarburg to state appearances along with his success at Milwaukee Vincent.

"I really enjoy it," said Tom Diener, Clare's father. "I don't really miss too much of coaching high school basketball anymore. You know, I had my time."

Now, he gets a front row seat to watch Clare play.

"She's kind of a better person than a basketball player, so as a father, I think I'm most proud of the kind of person she is," said Tom. "We're all really proud of her."

Playing the game she loves, there's no pressure on Clare as she continues to carry on her family's legacy.

"Basketball's been engrained in me, so from a young age, I've gotten to watch numerous games like every day," said Clare. "It's been a lot fun to be a part of that like culture and grow up and like be the same as them."

"You know the Diener name is really associated with basketball greatness, so I think there's always that, a little bit of pressure inherently, but I think she's certainly done a great job handling it all," said John.

As her high school career winds down, the youngest Diener hopes to leave a lasting mark.

"I just want people to appreciate hard work and then putting that back into the program and seeing how the program can grow from that and become successful from just one person putting in the time and seeing how that can help from going from the bottom to North Shore Champs over time," said Clare.

After graduation, Clare will be close to family. She plans to play basketball for Rockhurt University, where her cousin Drew is the men's basketball coach, and her uncle Dick is their assistant coach.