CHICAGO -- All-Star catcher Yasmani Grandal agreed to a $73 million, four-year contract with the Chicago White Sox, finding a more lucrative free-agent market now that he no longer is burdened by draft-pick compensation.

Grandal will earn $18.25 million annually as part of the deal announced Thursday.

“In addition to what he brings to the field, Yasmani is also a great benefit in the clubhouse,” general manager Rick Hahn said in a statement. “We foresee him playing an integral role on both the further development of our young pitchers and the continued improvement of our offense as we reach our championship goals.”

Grandal turned down a $17.9 million qualifying offer from the Los Angeles Dodgers last November. A team signing him during the 2018-19 offseason would lose a top amateur draft pick and he found a slow market, agreeing in January to a deal with Milwaukee that guaranteed $18.25 million: a $16 million salary for 2019 and a $16 million mutual option for 2020 with a $2.25 million buyout.

Selected for the All-Star team for the second time, the 31-year-old hit .246 and had career bests with 28 homers and 77 RBIs. He declined to exercise his part of the option and became a free agent again. 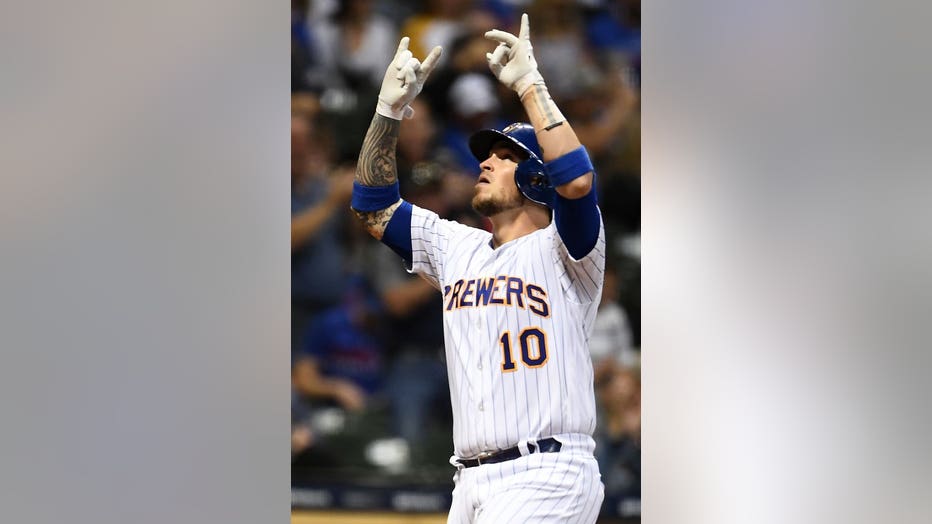 MILWAUKEE, WISCONSIN - SEPTEMBER 06: Yasmani Grandal #10 of the Milwaukee Brewers celebrates a home run against the Chicago Cubs during the fourth inning at Miller Park on September 06, 2019 in Milwaukee, Wisconsin. (Photo by Stacy Revere/Getty Image

A free agent may only be given a qualifying offer once, so there was no draft-pick compensation attached this offseason.

The switch-hitting Grandal has four straight seasons with more than 20 home runs. He leads all major league catchers with 117 homers since 2015 and ranks third in that span with 322 RBIs. 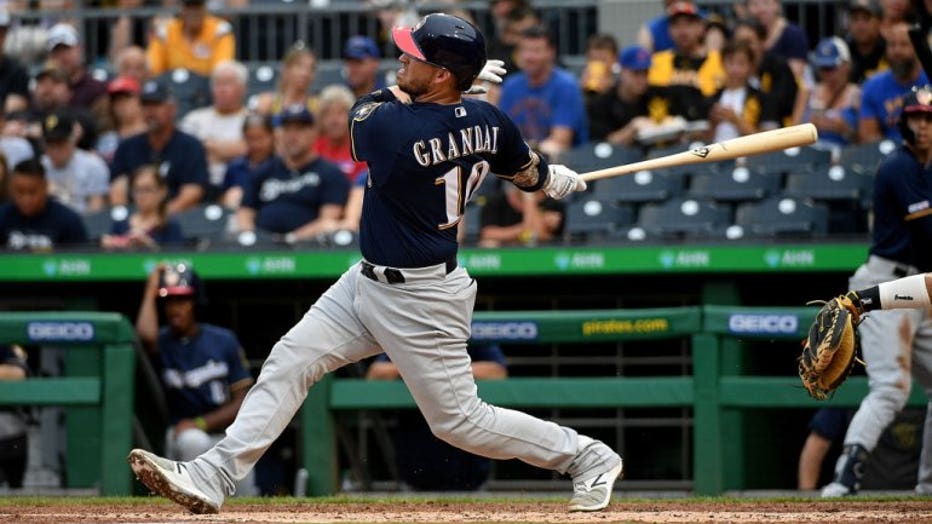 PITTSBURGH, PA - JULY 06: Yasmani Grandal #10 of the Milwaukee Brewers hits a home run to right field in the third inning during the game against the Pittsburgh Pirates at PNC Park on July 6, 2019 in Pittsburgh, Pennsylvania.

Chicago went 72-89 in its seventh straight losing season and missed the playoffs for the 13th time in 14 years since the 2005 team won the World Series. But with young players establishing themselves in the majors and promising prospects in the minors, the White Sox think they are setting themselves up to make a big jump.

Right-hander Lucas Giolito went from posting the highest ERA among qualifiers to making his first All-Star team last season, going 14-9 with a 3.41 ERA in 29 starts.

The White Sox could have a solid rotation if Michael Kopech bounces back from Tommy John surgery and Dylan Cease develops into the pitcher they envision him becoming. Both are 23.

Kopech showed promise in his first four major league starts in 2018 before having the operation, and Cease — who debuted in July — went 4-7 with a 5.79 ERA in 14 starts last season.

Tim Anderson led the majors with a .335 average. Yoán Moncada had a breakthrough season, hitting .315 with 25 homers and 79 RBIs. Eloy Jiménez showed pop as a rookie, with a .267 average, 31 homers and 79 RBIs. Prized outfielder Luis Robert figures to debut next spring, and promising second baseman Nick Madrigal is in the pipeline.