MILWAUKEE -- Milwaukee Bucks forward Khris Middleton is one of 10 finalists for the season-long NBA Cares Community Assist Award, which honors a player’s strong commitment and positive impact on his community over the course of the 2018-19 season. The winner of the award will be chosen by fans on social media and an NBA executive panel.

Bucks fans can vote for Middleton on Twitter by using #NBACommunityAssist and #KhrisMiddleton in any tweet, or by CLICKING HERE, from now until Sunday, May 5 at 10:59 p.m. CT. Retweets are also counted and votes cast today and on the final day of voting will count twice. 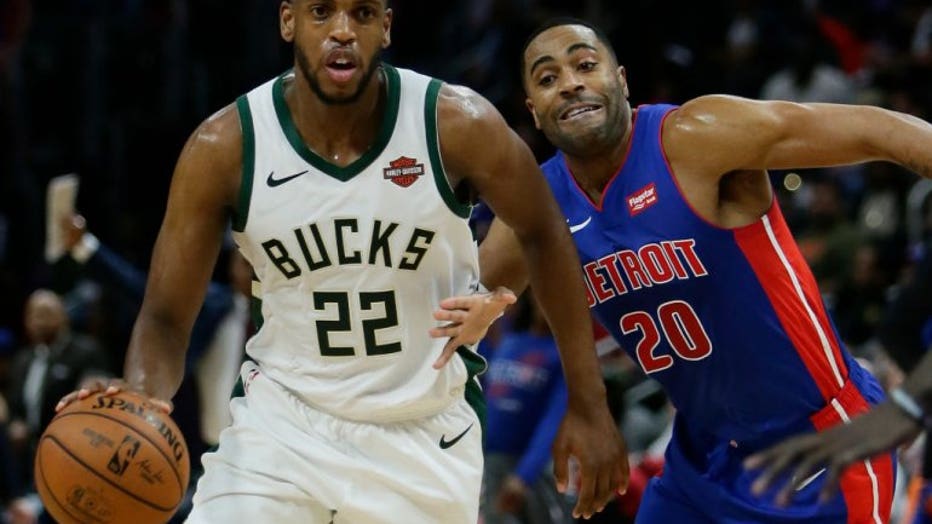 DETROIT, MI - APRIL 22: Khris Middleton #22 of the Milwaukee Bucks is pursued by Wayne Ellington #20 of the Detroit Pistons during the second half of Game Four of the first round of the 2019 NBA Eastern Conference Playoffs at Little Caesars Arena on

Earlier this season, Middleton received the NBA Cares Community Assist Award in December for his “12 Days of Khrismas” holiday initiative where he participated in 12 different acts of service with various people and community organizations in Wisconsin, South Carolina and Louisiana. In Milwaukee, Middleton hosted a holiday shopping spree with Big Brothers Big Sisters of Metro Milwaukee (BBBS), held a private screening of “The Grinch” with local youth in foster care, hosted more than 200 students from Milwaukee Public Schools at a Bucks games and surprised single mothers, teachers and local small business owners with small acts of kindness.

Outside of Milwaukee, Middleton bought holiday gift cards for all St. James-Santee Elementary School Head Start program families in his home state of South Carolina and donated $5,000 to The First Tee of Mansfield, a non-profit organization that teaches golf to children of color at Louisiana’s only black-owned golf course, as part of his “12 Days of Khrismas” initiative. 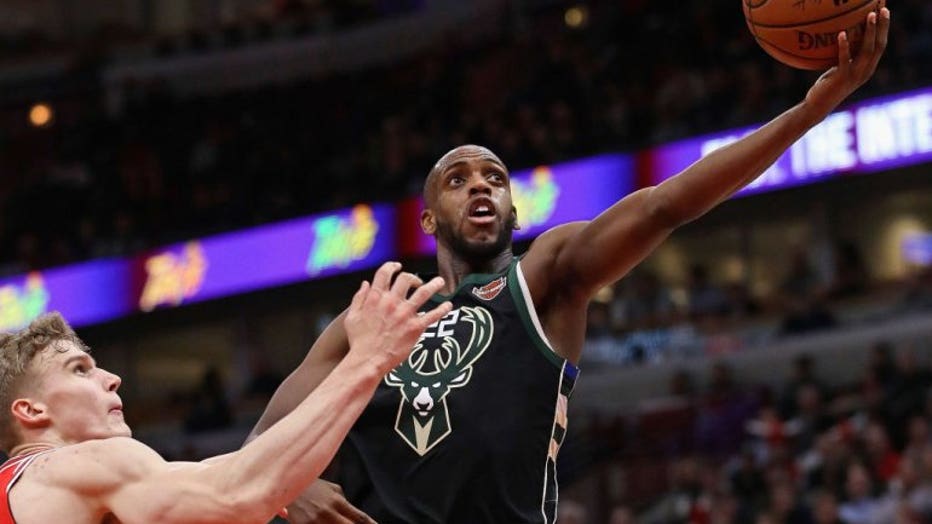 CHICAGO, ILLINOIS - FEBRUARY 11: Khris Middleton #22 of the Milwaukee Bucks lays in a shot against Lauri Markkanen #24 of the Chicago Bulls at the United Center on February 11, 2019 in Chicago, Illinois. The Bucks defeated the Bulls 112-99. NOTE TO U

Throughout his time in Milwaukee, Middleton has also formed a relationship with BBBS where he’s supported mentoring by hosting Thanksgiving dinners, holiday shopping sprees, basketball clinics and mentor appreciation nights. He’s also donated more than 300 tickets to the organization and has participated in events focused on building bonds between Bigs and Littles of BBBS.