MILWAUKEE --The Milwaukee Bucks have selected guard Donte DiVincenzo out of Villanova with the 17th overall pick of the NBA draft, filling a critical need for a perimeter shooter. 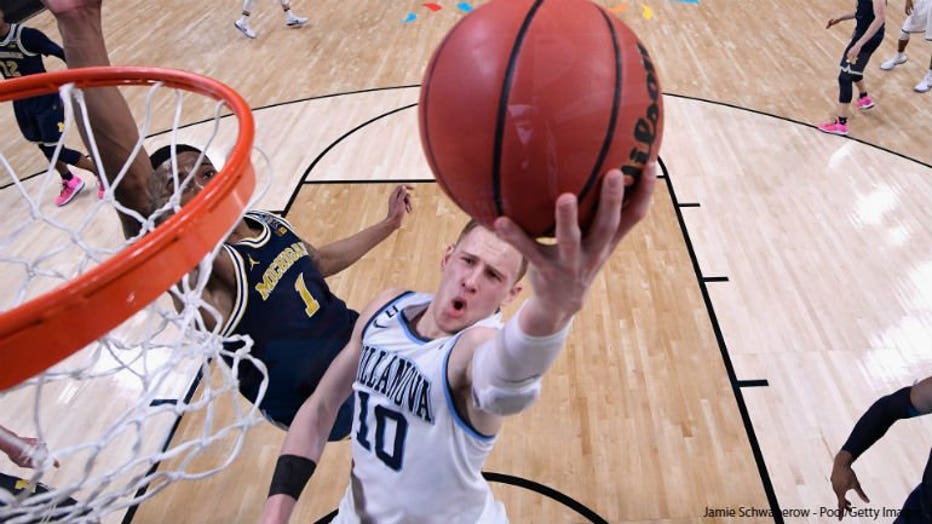 SAN ANTONIO, TX - APRIL 02: Donte DiVincenzo #10 of the Villanova Wildcats drives to the basket against Charles Matthews #1 of the Michigan Wolverines in the second half during the 2018 NCAA Men's Final Four National Championship game at the Alamodom

A breakout performance in the NCAA championship game against Michigan helped scouts take notice of the 6-foot-5 sophomore when he had 31 points off the bench and hit five 3-pointers. He shot 40 percent from 3-point range last season.

Registering a combine-best 42-inch vertical leap, DiVincenzo's athleticism also fits on a roster led by All-Star Giannis Antetokounmpo, a 6-foot-11 forward with a 7-3 wingspan. Better shooting from teammates could give Antetokounmpo even more room to maneuver in the lane for a highlight-reel bucket. 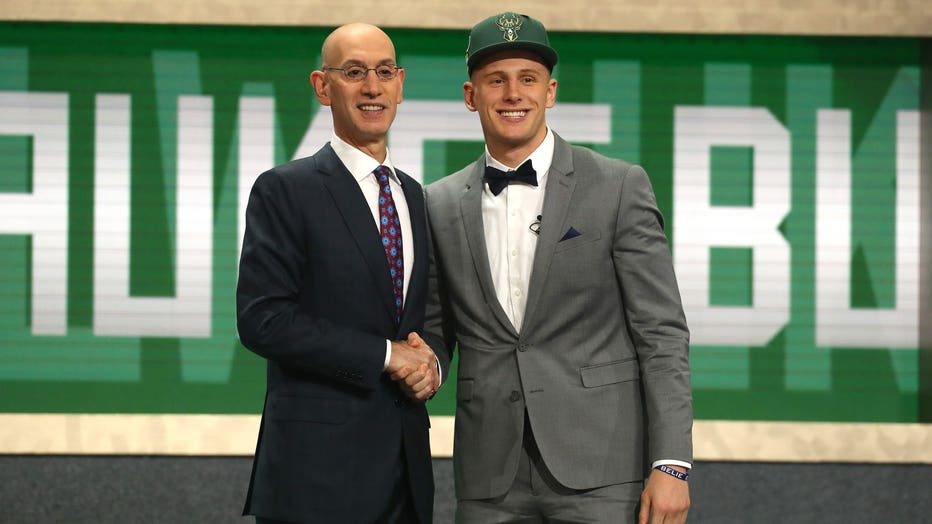 The Bucks hired Mike Budenholzer last month to take over as head coach. One of the league's up-and-coming franchises hopes to take another step forward after first-round playoff exits in three of the past four seasons.