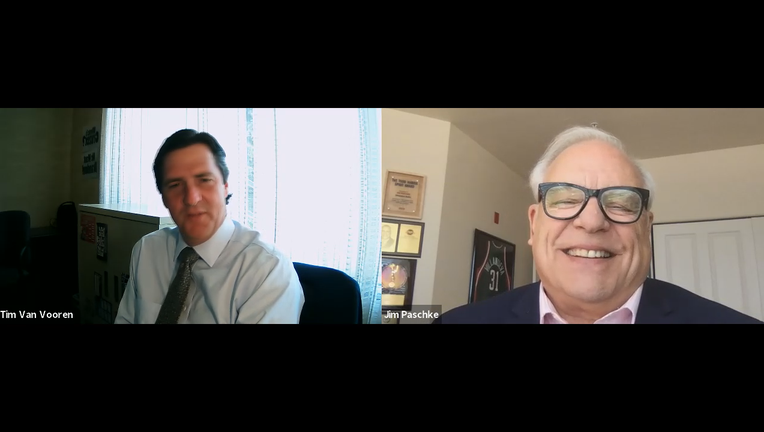 MILWAUKEE - The Bucks are preparing for what they hope will be a long run in the NBA playoffs.

When they return to action next season, they will not have one of their most familiar faces and voices.

More than eight years after Skiles coached his last game for the team, Paschke is finally calling his last and through all those years, he has been ahead of the game.

"I never assumed or thought that I had the talent necessarily to be in this business," Paschke said. "I never saw myself doing this for a living so I figured that the only way that I could compete and maybe succeed is to work harder. I think I might have done that no matter what field I had gone into, but I certainly had to do it in this field. I've done more homework as an adult than I ever did as a student."

The style of play has changed immeasurably on the court over the years and the technology involved has changed even more off it.

"The biggest thing is that we don't have the contact with the players and the coaches," said Paschke. "We don't get to ask questions away from the media and get different perspective on things so that's been tough."

Prior to becoming the TV voice of the Bucks and Brewers in the mid-80's, Paschke was the sports director at WITI. He was back on these airwaves in the mid-90's for "Talking Sports."

"We did things that blew me away," said Paschke. "I was very happy to have said, "Yes, I would like to be a part of that" because we took that to some really interesting places."

Paschke does plan to stay around Milwaukee in his retirement and he says he looks forward to having his share of unplanned days in the future.