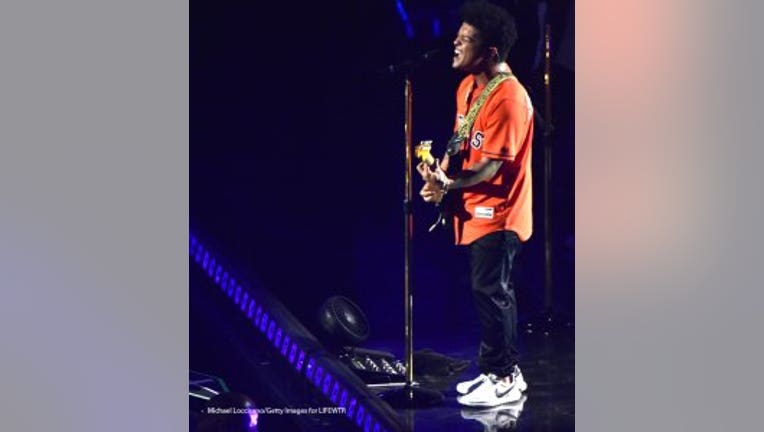 HOUSTON — The Super Bowl halftime show is on Sunday. Someone maybe ought to tell Bruno Mars that.

The pop singer was in grade A form at a pre-Super Bowl show on Friday night, performing a top notch concert that matched the energy he showed when he hit the stage at halftime last year and in 2014.

He worked Club Nomadic in Houston like a veteran: He danced slickly on one song, sang impressively on another, and played guitar throughout his 90-minute set.

Mars kicked off with the anthemic "24K Magic," hitting the stage with his remarkable eight-piece band that worked the room like a powerhouse ensemble. 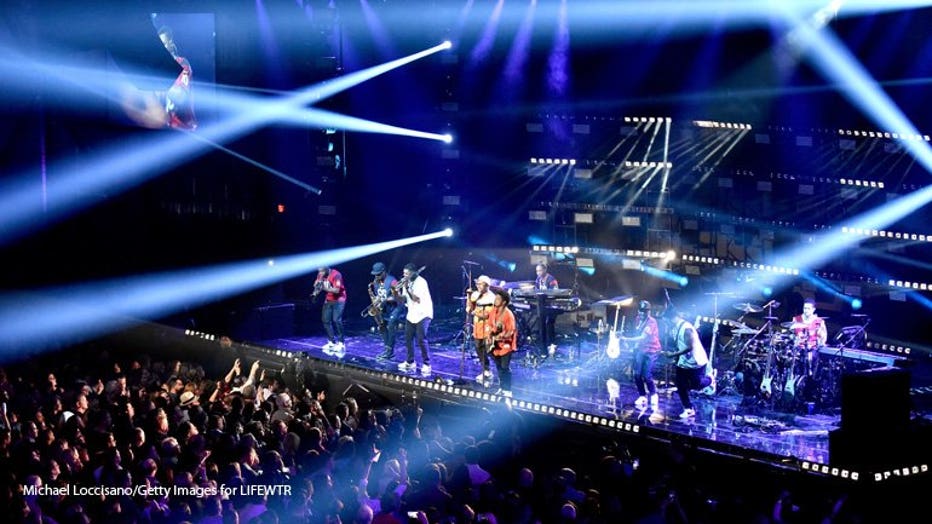 He wove classic R&B records into his set — including Michael Jackson's "Rock With You," Ginuwine's "Pony" and Soul for Real's "Candy Rain" — and also performed a number of his well-known hits, from "Treasure" to "Just the Way You Are" to "Locked Out of Heaven," which featured gold confetti bursting from the side of the stage.

Mars, 31, danced sensually and slowly — enticing the crowd — during "Show Me" and "Our First Time." He earned a rousing applause for his jaw-dropping vocals during "When I Was Your Man." And he echoed James Brown during the energetic "Runaway Baby" — though he didn't have a cap, his curly bangs worked as an accessory.

The only member to sit in place throughout the night was Mars' brother, drummer Eric Hernandez.

Mars, and most of his bandmates, sported Houston Astros shirts at the show. Lady Gaga will headline Sunday's halftime show in Houston — a stage Mars performed at last year alongside Beyonce and Coldplay, and was the headlined in 2014.

"We can't leave yet," Mars said, as he and his band imitated a football team by huddling up before the last song, "Uptown Funk."

The crowd of 9,000 — which included John Legend, Michael Strahan and CeeLo Green — danced the hardest during the Grammy-winning funk track, becoming frenzied as Mars lit up the stage. It seemed only fitting when a pair of "firefighters" appeared to spray him down as Mars closed the show.