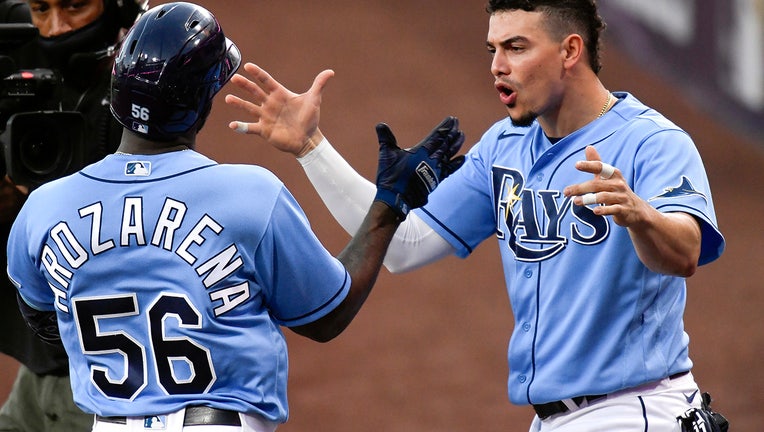 Randy Arozarena of the Tampa Bay Rays is congratulated by Willy Adames after hitting a solo home run against the Houston Astros during the fourth inning in game one of the American League Championship Series at PETCO Park on October 11, 2020 in San D

MILWAUKEE - The Brewers have traded relievers Drew Rasmussen and J.P. Feyereisen to the Rays for shortstop Willy Adames and right-hander Trevor Richards.

In 41 games with Tampa Bay this season, Adames is hitting .197 with five home runs and 15 RBIs.

Richards has made six appearances out of the bullpen for the Rays this year with a 4.50 ERA, 16 strikeouts and one save in 12 innings pitched.

In his second season in Milwaukee, Feyereisen was used in relief 21 times and had a 3.26 ERA and 20 strikeouts in 19.1 innings pitched.

Also in his second year with the Brewers, Rasmussen pitched 15 games out of the bullpen and had a 4.24 ERA and 25 strikeouts in 17 innings pitched.