MILWAUKEE -- Robb Edwards, the Milwaukee Brewers' public address announcer who is retiring, will work his final game at Miller Park when the Brewers host the Cubs in a matinee game Sunday, Sept. 8.

Edwards will throw out a ceremonial first pitch prior to the game. 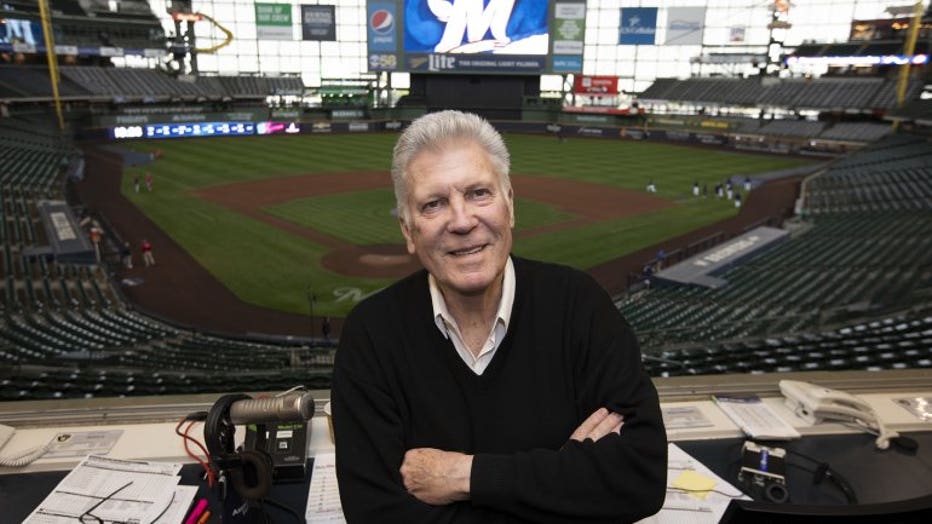 According to news release from the Brewers, Edwards joined the organization in 1998, filling in occasionally for long-serving public address announcer Bob Betts. Edwards became the permanent voice of County Stadium in 1999 and remained in the role through the stadium’s final season in 2000. He served as the public address announcer of Miller Park from its inaugural season in 2001 until 2018 and continued in a part-time role in 2019.

A longtime baseball fan, Edwards grew up playing the game in the suburbs of Chicago. He moved to the Milwaukee area in 1959 and filled roles at various radio stations over the years, including hosting the morning show on Newsradio 620 WTMJ for 16 years from 1985-2000.

For his longtime service to the Brewers and fans, the scoreboard control room has been dedicated in Robb’s honor.