MILWAUKEE -- The Milwaukee Brewers announced on Monday, August 1st that they acquired right-handed pitcher Phil Bickford and catcher Andrew Susac from the San Francisco Giants in exchange for left-handed pitcher Will Smith.

Brewers officials say 21-year-old Bickford was selected by San Francisco in the first round (18th overall) of the 2015 First-Year Player Draft. He entered the 2016 season ranked by Baseball America as the third-best prospect in the Giants organization. He is currently ranked by MLBPipeline.com as the top prospect in their organization (65th overall in baseball), and appeared in this year’s All-Star Futures Game in San Diego. 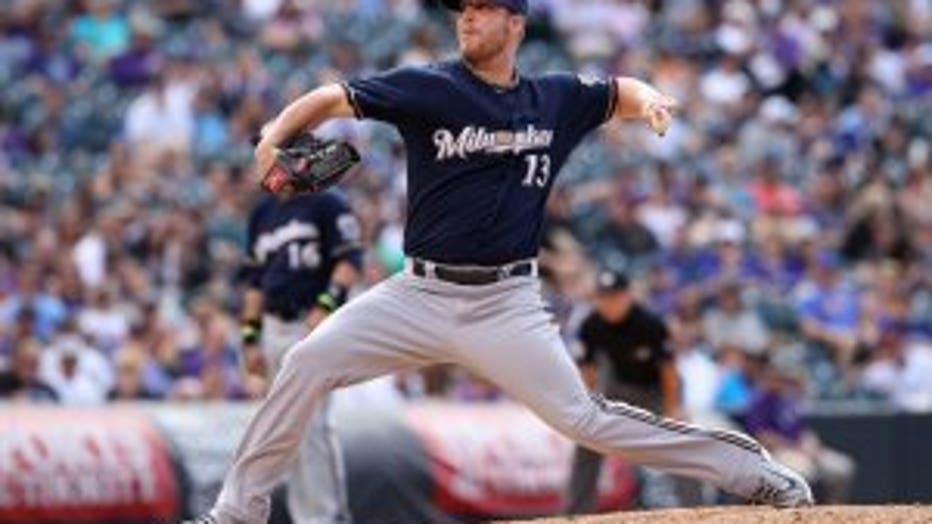 DENVER, CO - JUNE 22: Relief pitcher Will Smith #13 of the Milwaukee Brewers delivers against the Colorado Rockies at Coors Field on June 22, 2014 in Denver, Colorado. The Brewers defeated the Rockies 6-5. (Photo by Doug Pensinger/Getty Images)

The Brewers news release indicates Smith, 27, was acquired by Milwaukee from Kansas City on December 5, 2013 in exchange for outfielder Norichika Aoki. He went 9-8 with a 3.28 ERA and 1 save in 181 relief appearances as a Brewer, including 1-3 with a 3.68 ERA in 27 outings this season.