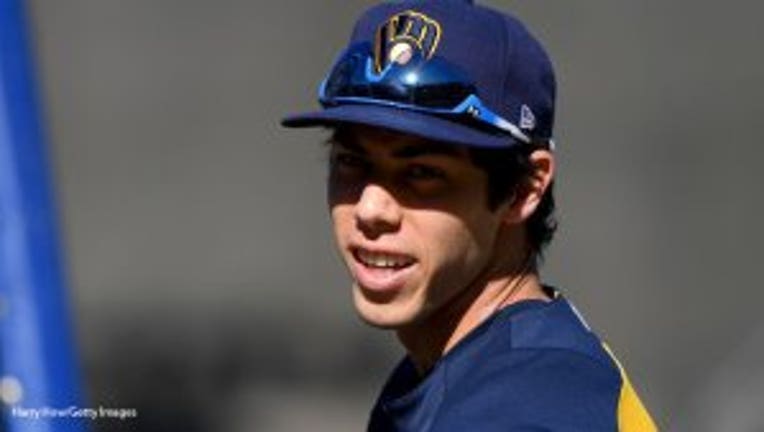 LOS ANGELES, CA - OCTOBER 15: Christian Yelich #22 of the Milwaukee Brewers looks on during batting practice prior to Game Three of the National League Championship Series against the Los Angeles Dodgers at Dodger Stadium on October 15, 2018 in Los A

Yelich was one of three National League nominees for MVP that included Nolan Arenado of the Colorado Rockies and Javier Baez of the Chicago Cubs.

Acquired from the payroll-paring Miami Marlins about a month before spring training, the 26-year-old Yelich won his first NL batting title — and the first in Brewers history — with a .326 average. He set career highs with 36 homers and 110 RBIs and had a 1.000 OPS.

Yelich nearly became the NL's first Triple Crown winner since Joe Medwick in 1937, finishing two homers shy of Arenado and one RBI back of Baez. Yelich was especially impressive in the second half, hitting .367 with 25 homers and 67 RBIs — including 11 homers in August and 10 in September.

Milwaukee swept Colorado in the Division Series then lost to the Los Angeles Dodgers in a seven-game League Championship Series, falling one win short of its first World Series appearance since 2002. Voting concluded at the end of the regular season.

Only three other Milwaukee Brewers have earned the title of MVP. They include: