Hart was presented with a plaque commemorating his career permanently installed at Miller Park and the team will honor him with a pregame ceremony on Friday. In addition, Hart today announced that he will retire from Major League Baseball as a Milwaukee Brewer. 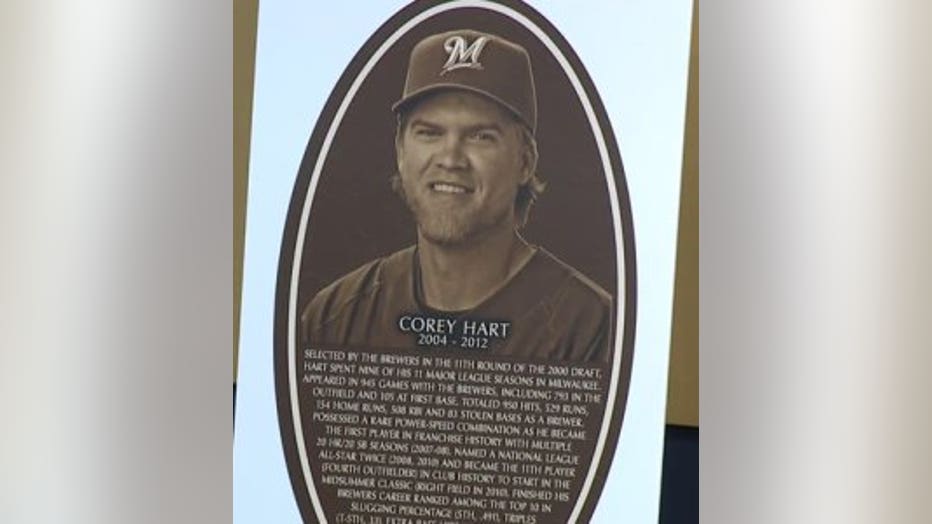 The power-hitting outfielder/first baseman enjoyed five 20-homer seasons in Milwaukee, tied with four others for third-most in franchise history. Among the 38 players who have collected at least 2,000 plate appearances in a Brewers uniform, his .491 slugging percentage ranks sixth all-time.

The Wall of Honor commemorates Brewers players and broadcasters who meet a set criteria based on service to the Club. The Brewers Wall of Honor is a permanent display outside of Miller Park on the North side of the stadium adjacent to the Hot Corner entrance. Honorees on the Wall have a plaque with their photo and a brief synopsis of their career. The plaques are designed by Matthews International, designers of the plaques for the National Baseball Hall of Fame. There is also a Milwaukee Braves Wall of Honor at the site.