One month after leading the Milwaukee Bucks to their first NBA title in half a century, Giannis Antetokounmpo is teaming up with the city’s other major pro sports franchise by joining the Milwaukee Brewers’ ownership group.

MILWAUKEE - As the Milwaukee Brewers chase a National League Central Division title, the club added a world champion to its roster Friday afternoon, Aug. 20. For the first time, the Brewers have a new part-owner – and you've probably heard of him: Giannis Antetokounmpo.

At a news conference at American Family Field, Brewers Chairman and Principal Owner Mark Attanasio introduced Antetokounmpo as a new member of the team’s ownership group.

"We are honored to have Giannis join our team of Milwaukee Brewers' investors," Attanasio said. "Giannis is a great athlete, a world champion and a true local hero with international renown."

Antetokounmpo becomes the first new individual investor added to the Brewers ownership group since Attanasio purchased a controlling interest in the Milwaukee Brewers in 2005. 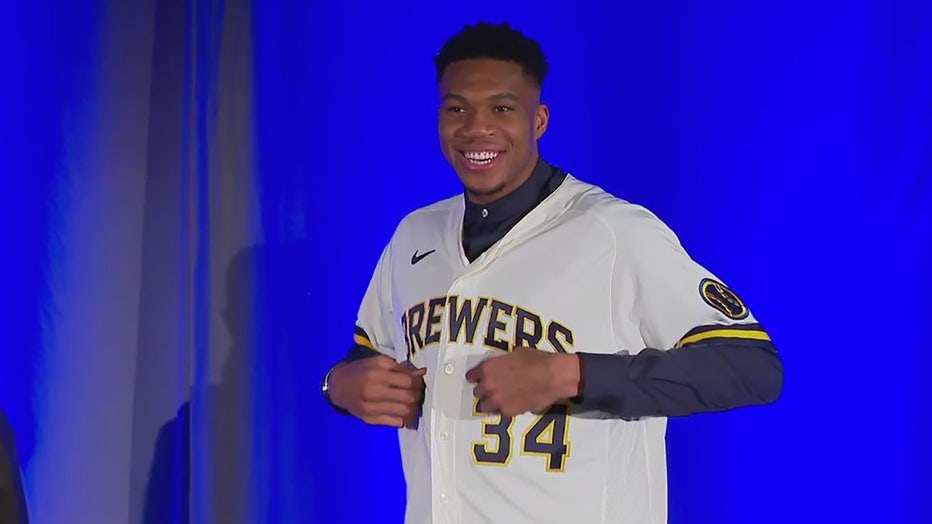 "The city of Milwaukee means so much to me," Antetokounmpo said. "I am honored to be joining the Brewers ownership group to further my commitment and dedication to this great community. I take great pride in my city and I'm excited about what we can build together."

During Friday's press conference, Antetokounmpo admitted he doesn't know too much about baseball.

"What time's the game tonight?" he asked.

He received a new jersey with the number 34, but this time, he'll be wearing the hat of an owner.

"I never thought I would be in this position," said Antetokounmpo. "We can never take this for granted." 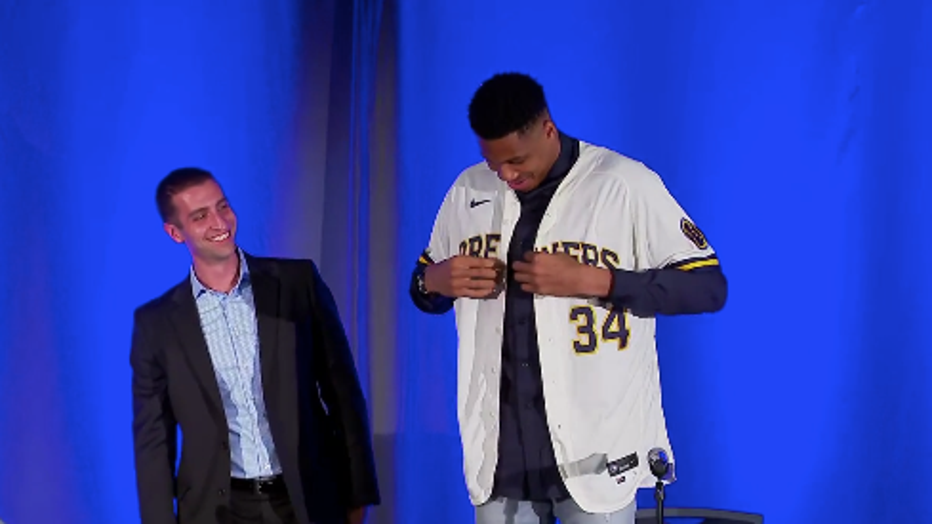 The NBA champion said he first started reaching out to the Brewers in 2020. The partnership was finalized in May, but they waited until after the NBA playoffs to make things public.

"Don’t stick your nose in, right?" said Antetokounmpo. "Stay away."

Antetokounmpo said this is all about giving back to the community that gave him a chance.

Brewers fans hope that some of the championship energy will transfer to the baseball diamond.

Cousins Subs and the Milwaukee Bucks teamed up to raise $16,700 through their Block Out Hunger campaign during the 2020-2021 season.