CLEVELAND -- The Milwaukee Brewers announced four of their players will take the field in the 2019 Major League Baseball All-Star Game.

On Friday, June 28 Christian Yelich was named the starter in right field. He's the first Brewer to start an All-Star Game since 2014 when the Brewers had three players start.

On Sunday, June 30 it was announced that three Brewers will join him in Cleveland next week. Yasmani Grandal, Josh Hader and Mike Moustakas have been named to the National League All-Star team. 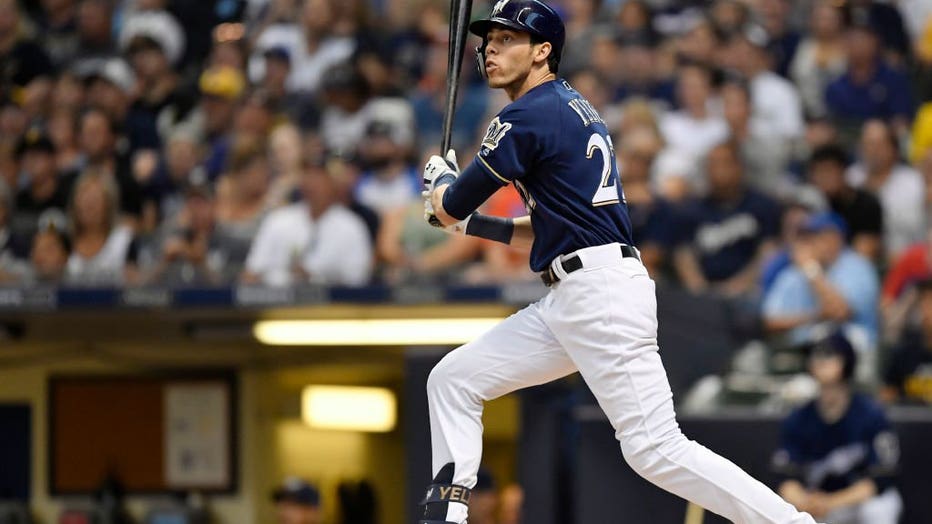 MILWAUKEE, WISCONSIN - JUNE 30: Christian Yelich #22 of the Milwaukee Brewers hits a double in the third inning against the Pittsburgh Pirates for his 1,000th career hit at Miller Park on June 30, 2019 in Milwaukee, Wisconsin.

According to a news release,this marks the second time in franchise history that the Brewers have had at least four All-Stars in consecutive years. The team also had four members on the roster in 1982 (Cecil Cooper, Rollie Fingers, Ben Oglivie and Robin Yount) and 1983 (Cooper, Oglivie, Ted Simmons and Yount). Last season, the Crew had a franchise-record five All-Stars – Jesús Aguilar, Lorenzo Cain, Hader, Jeremy Jeffress and Yelich. 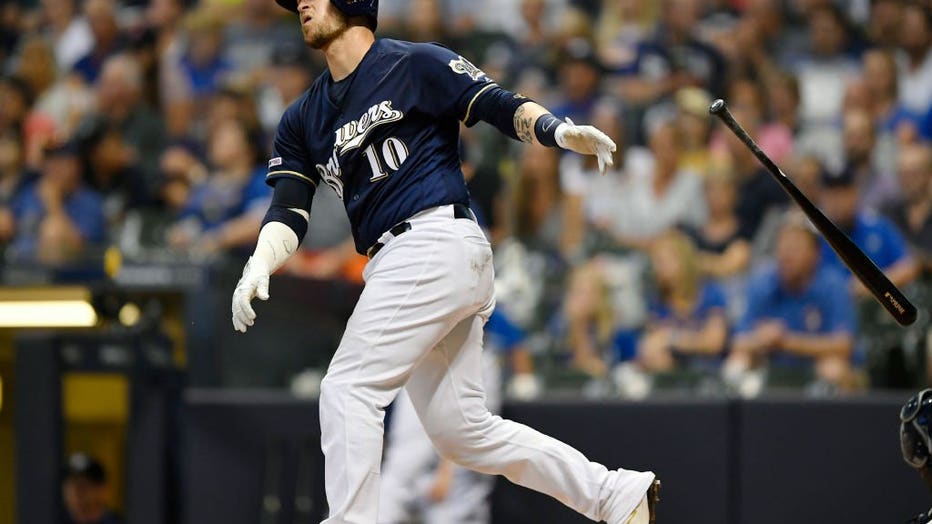 MILWAUKEE, WISCONSIN - JUNE 25: Yasmani Grandal #10 of the Milwaukee Brewers hits a solo home run in the fifth inning against the Seattle Mariners at Miller Park on June 25, 2019 in Milwaukee, Wisconsin. 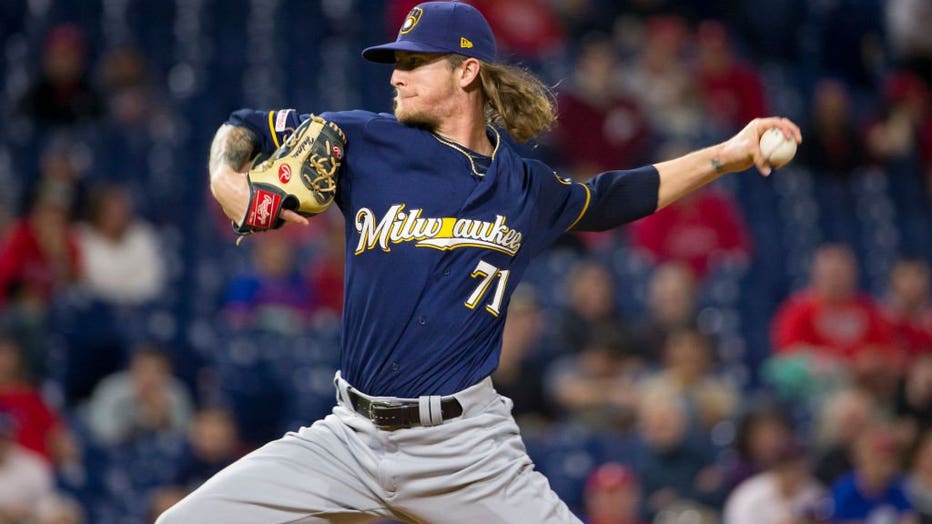 PHILADELPHIA, PA - MAY 15: Josh Hader #71 of the Milwaukee Brewers throws a pitch in the bottom of the ninth inning against the Philadelphia Phillies at Citizens Bank Park on May 15, 2019 in Philadelphia, Pennsylvania. The Brewers defeated the Philli

Moustakas makes his third appearance on an All-Star roster and first on the NL squad after representing the Kansas City Royals on the American League All-Star team in 2015 and 2017. Entering play today, he ranked second on the Brewers and sixth in the NL in home runs (23) and sat just outside of the top 10 in the league in slugging percentage (11th, .570), extra-base hits (Tied-11th, 40) and total bases (12th, 166). 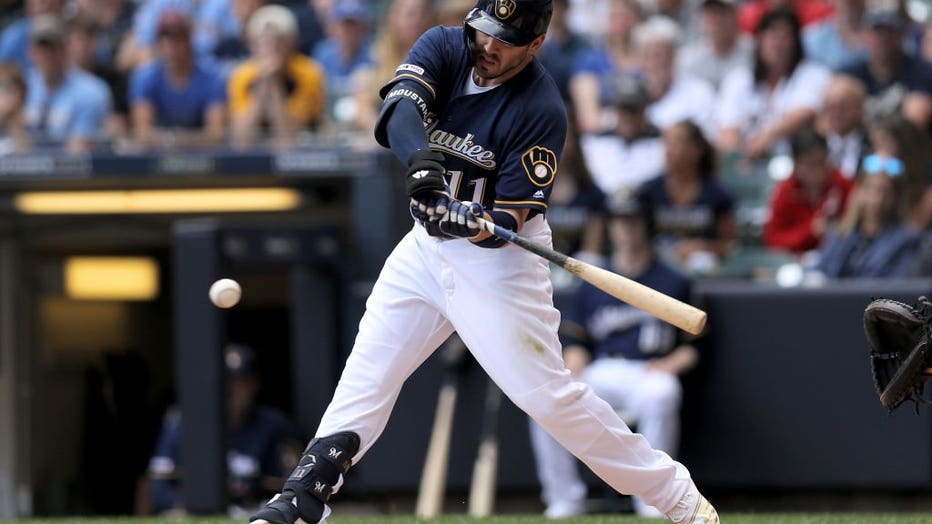 MILWAUKEE, WISCONSIN - JUNE 22: Mike Moustakas #11 of the Milwaukee Brewers hits a double in the first inning against the Cincinnati Reds at Miller Park on June 22, 2019 in Milwaukee, Wisconsin.

The 90th MLB All-Star Game will be played at Progressive Field on Tuesday, July 9.