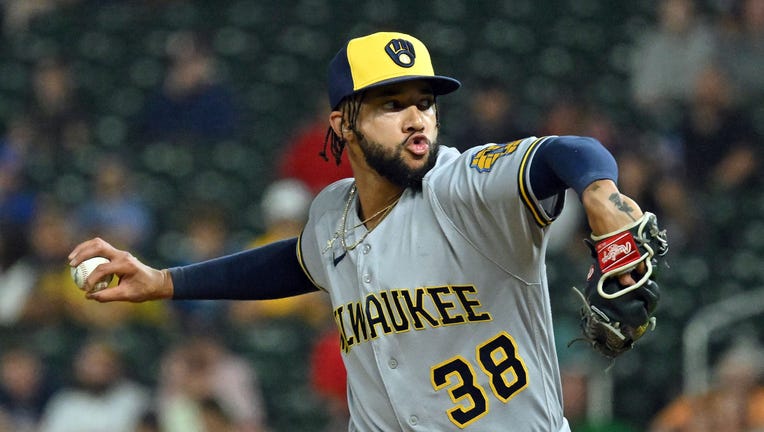 Milwaukee Brewers relief pitcher Devin Williams pitches during a game against the Minnesota Twins on July 12, 2022 at Target Field in Minneapolis. (Photo by Nick Wosika/Icon Sportswire via Getty Images)

MILWAUKEE - Milwaukee Brewers pitcher Devin Williams has been added to the National League's roster for the upcoming MLB All-Star Game on Tuesday, July 19.

Williams will replace Max Fried of the Atlanta Braves, who will be sitting out the exhibition showcase. It will be Williams' first All-Star appearance.

The 24-year-old reliever, in his fourth season with Milwaukee, has allowed just seven earned runs over 39 appearances – his 1.77 ERA leading the team among qualified pitchers. His 59 strikeouts is also tops among Brewers relievers.

Williams joins fellow Brewers hurlers Corbin Burnes and Josh Hader in being named an All-Star, though Burnes and Hader will not take part in the game.