MILWAUKEE (WITI) -- The Milwaukee Brewers announced on Thursday, January 16th, a multi-year partnership renewal with Toyota.  The key element of the partnership includes a redevelopment of the Toyota Territory in right-center field from a private group amenity to a destination open to all fans in attendance at Miller Park. 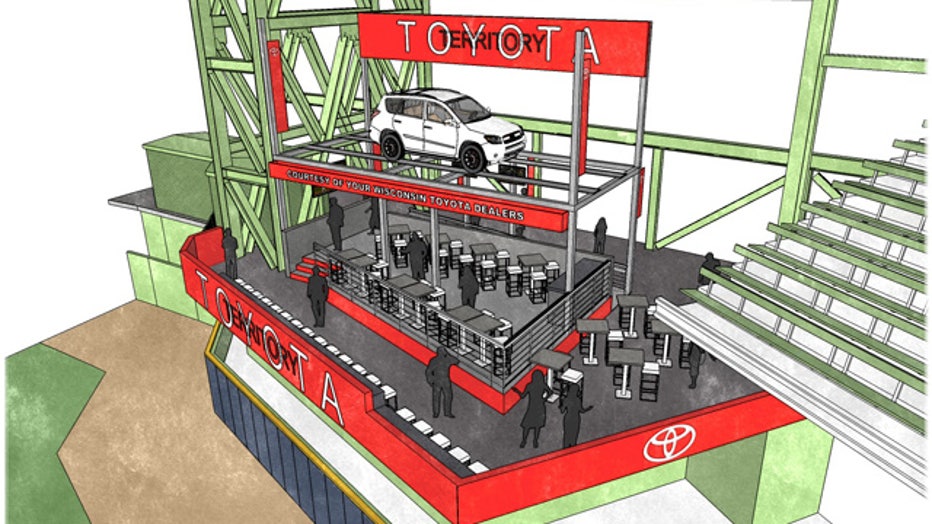 The concourse level, with an approximate capacity of 75 guests, will be open to all fans at all 81 regular season home games.  Seating and high top tables will be available on a first-come, first-served basis.  A raised area of the new Toyota Territory will hold approximately 30 additional guests.  This raised area will be open to all fans during 41 regular season games.

A Toyota vehicle will be on display atop the seating section.  Concessions will be available just adjacent to the Toyota Territory.