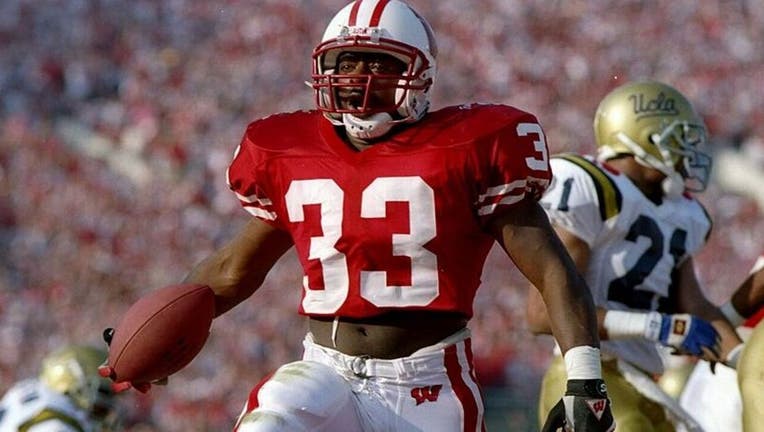 Running back Brent Moss of the Wisconsin Badgers scores a touchdown during the Rose Bowl against the UCLA Bruins at the Rose Bowl in Pasadena, California. Wisconsin won the game 21-16.

Moss, who played at Racine Park High School, was a member of the Wisconsin football team from 1991 to 1994.

During his career, Moss was named the Big Ten Player of the Year and helped lead the Badgers to their first-ever Rose Bowl victory.

He ran for 158 yards and two touchdowns in that game, winning the most valuable player award.

In his later years, Moss dealt with legal issues, including a conviction on drug charges.