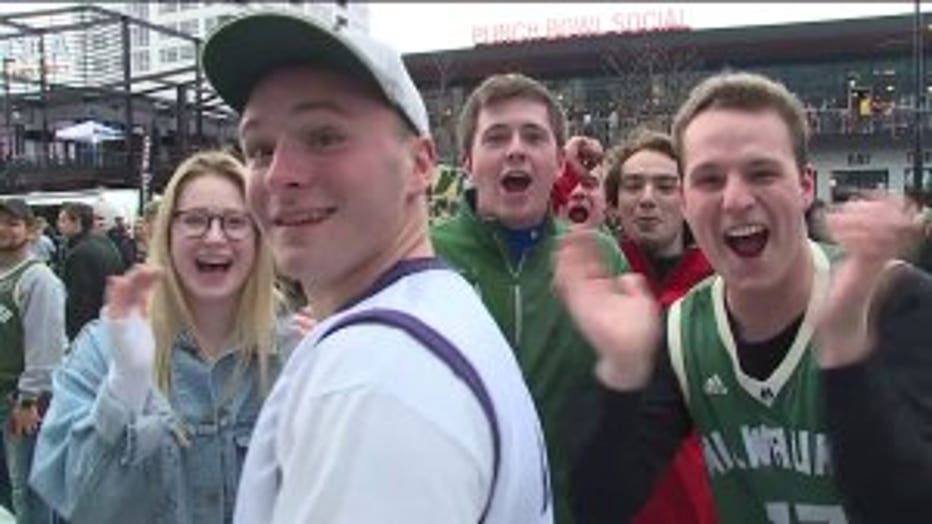 MILWAUKEE -- Bucks fans went crazy after a win in Game 2 over the Toronto Raptors Friday night, May 17. The weather may have been unseasonably cold but the Bucks are on fire.

"Everybody's going nuts," said a fan. "Everybody's screaming and yelling and cheering for the team. So it's just an awesome experience to see everybody come together as a community, as a city to come to a Bucks game."

Fans packed Fiserv forum and the Deer District outside. Tyler Skibinski and his dad drove up from Illinois at 8 a.m. Friday, to get an autograph from the TNT sportscasters. 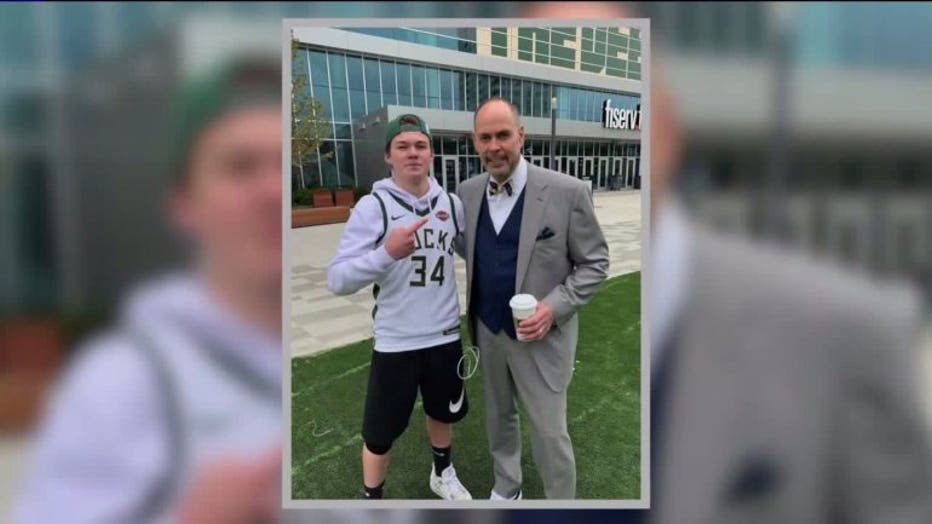 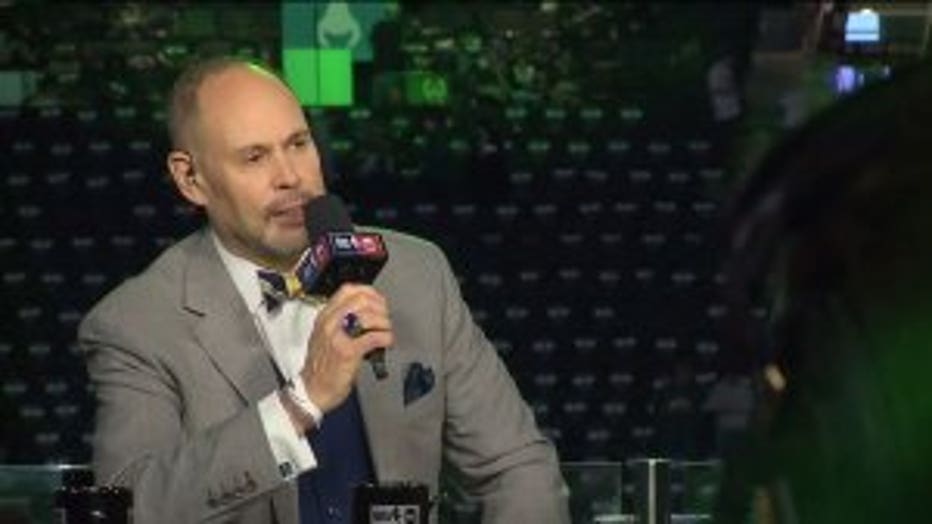 "Life is good if you're a Bucks fan," said Skibinski.

Among them: Milwaukee native Ernie Johnson, who says it's good to be back.

"It's just a really special trip," Johnson said. "Brought back a lot of really cool memories."

The hometown pride and love for the Bucks is felt across generations and even species.

Jim Tremmel's German Shepard usually wears her pink goggles when she rides along in his motorcycle, but she's still jumping on the Bucks' bandwagon. 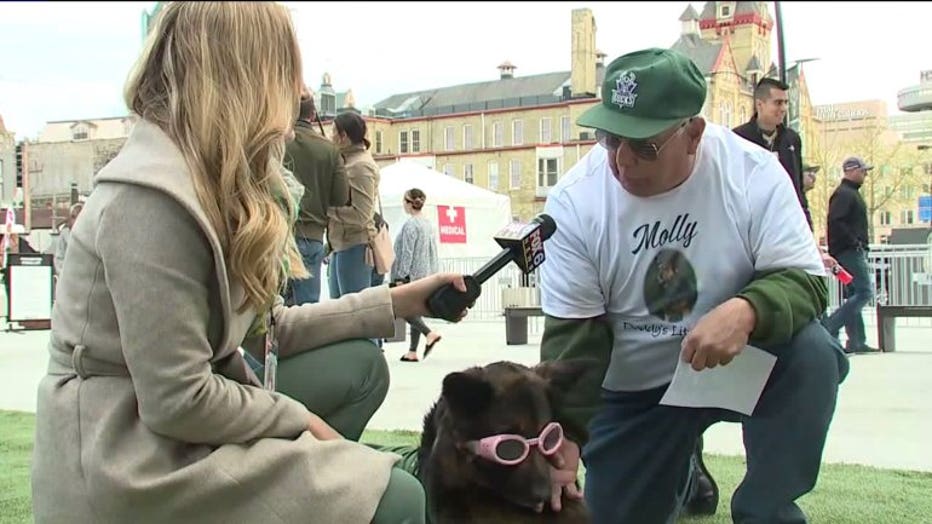 "She's wearing her pink goggles in preparation for the champagne celebration after the Bucks beat the Raptors," Tremmel said.

However, no fan can compare to the self-proclaimed "Bucks man" and "Bucks woman." 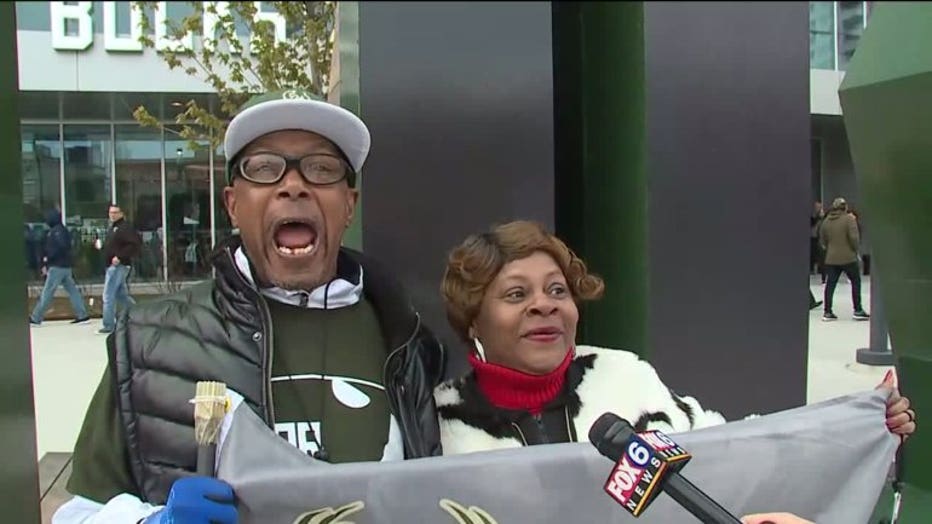 Super fans Jerome and Renee West were already looking ahead to dominating in the NBA Finals.

"Once we get through with Toronto, whoever comes next, this train is bound for glory," said Jerome West, fan. 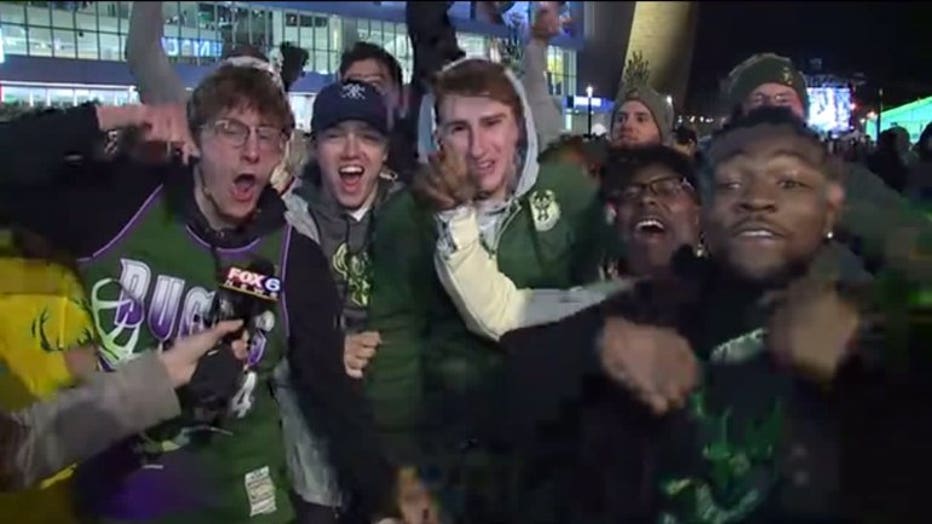