The 60-year-old executive received immediate medical attention Tuesday night in Milwaukee, the team said in a statement Thursday. The Celtics were facing the Bucks in the second round of the playoffs. Ainge, who also had a mild heart attack in 2009, was scheduled to return to Boston.

Game 3 of the best-of-seven series is Friday night in Boston.

Ainge was a two-sport star at BYU who in 1981 won the Wooden Award as the nation's top college basketball player. He played parts of three seasons with the Toronto Blue Jays, batting .269, before settling into a 14-year career in the NBA. 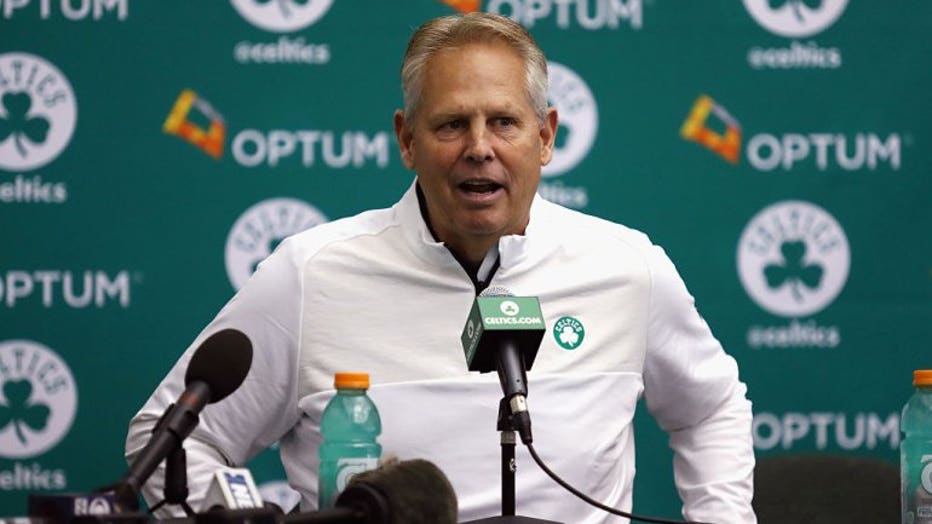 Ainge was an All-Star in 1988 and won two championships with the Celtics with the original Big Three of Larry Bird, Robert Parish and Kevin McHale.

Ainge coached the Phoenix Suns for three-plus seasons and took over the Celtics basketball operations in 2003. He was the NBA executive of the year in 2008, after engineering the deals for Kevin Garnett and Ray Allen that helped the Celtics raise their unprecedented 17th NBA championship banner.