It was the 43-year-old Brady’s first signature victory since signing with the Bucs (4-2) after a historic 20-year run with the New England Patriots, which included nine NFL title game appearances and six championships.

More from the FOX6 Sports team after the Packers-Bucs game

More from the FOX6 Sports team after the Packers-Bucs game

He got his favorite target from his days with the Patriots into the mix, throwing a 12-yard touchdown pass to Rob Gronkowski for a 28-10 halftime lead. It was Gronkowski’s first TD since December 2018 and the 79th for the quarterback/tight end tandem — tied for fourth on the all-time list with Miami's Dan Marino and Mark Clayton.

Brady also threw a 7-yard TD pass to rookie Tyler Johnson and Ronald Jones had a pair of rushing TDs for Tampa Bay, which got an even more impressive performance from its defense. 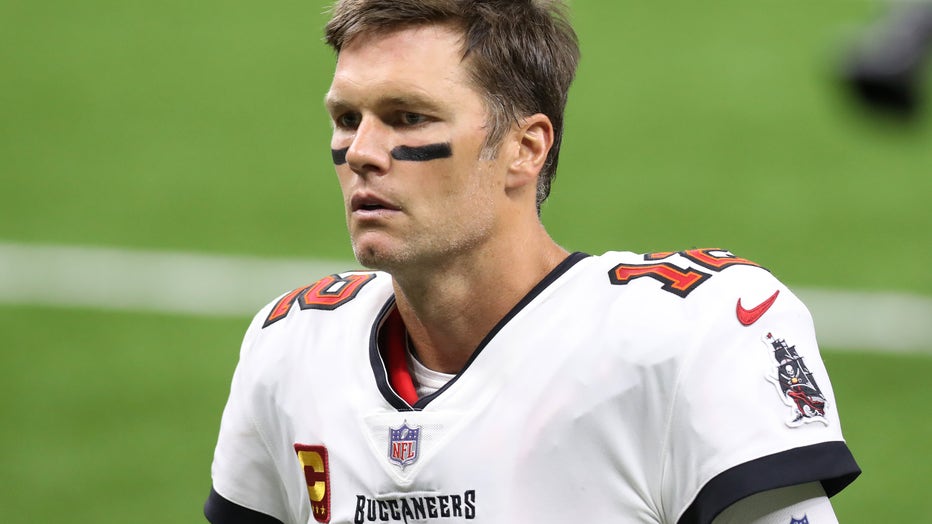 NEW ORLEANS, LOUISIANA - SEPTEMBER 13: Tom Brady #12 of the Tampa Bay Buccaneers leaves the field following a loss against the New Orleans Saints at the Mercedes-Benz Superdome on September 13, 2020 in New Orleans, Louisiana. (Photo by Chris Graythen

Rodgers threw two interceptions — Green Bay’s first turnovers of the season — within a three-pass span of the second quarter to turn a 10-0 Packers lead into a 14-10 deficit. 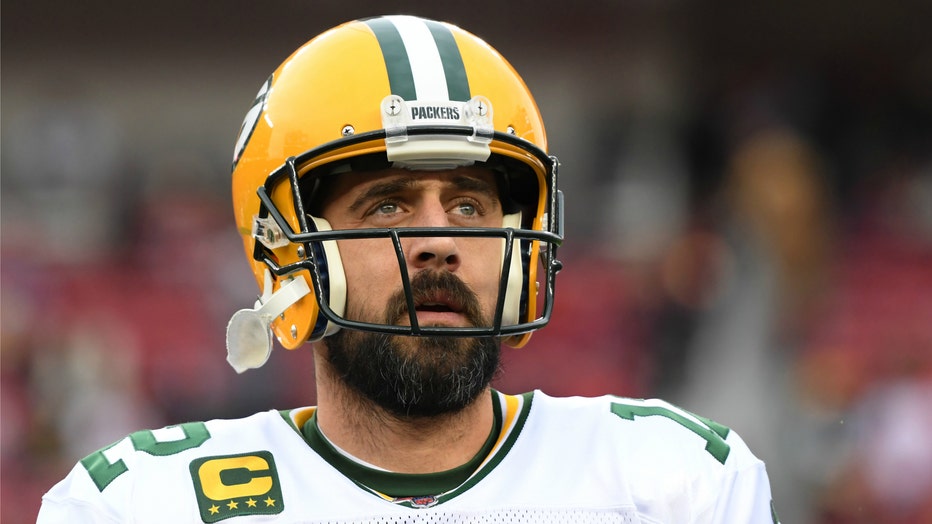 Rodgers finished 16 of 35 for 160 yards and no touchdowns after completing 70.5 percent of his passes and throwing for 13 TDs and no interceptions in Green Bay’s first four games.

Brady was 17 of 27 for 166 yards and two TDs without an interception. Jones rushed for 113 yards and Gronkowski led the Bucs with five receptions for 78 yards — his best game since ending a one-year retirement to join Brady in Tampa Bay.

It was just the third time the Super Bowl-winning quarterbacks have faced each other in their long successful careers.

The Green Bay Packers were the first to score with a 39-yard field goal by Mason Crosby. Green Bay led Tampa Bay 3-0 with about 10:30 left in the first quarter.

With less than two minutes to go in the first, Packers QB Aaron Rodgers ran the ball and dove into the end zone, but he was ruled down before the goal line.

With under a minute left in the first quarter, Packers RB Aaron Jones ran the ball into the end zone for a touchdown. With the extra point, the Packers extended their lead to 10-0.

The Tampa Bay Buccaneers scored a touchdown after Aaron Rodgers threw his first interception of the season to Jamel Dean with about 12:45 left in the first half. The extra point cut the Packers' lead to 10-7.

Rodgers threw another interception with just over 11 minutes left in the first half. The deflected pass bounced into the hands of Mike Edwards, marking two interceptions in three passes for Rodgers.

Bucs' rookie Tyler Johnson extended Tampa Bay's lead to 21-10 with a touchdown catch with 4:35 left in the second quarter. It was Johnson's first career touchdown.

A touchdown pass from Bucs' QB Tom Brady to Rob Gronkowski, their 91st such connection, allowed Tampa Bay to extend their lead to 28-10 just before halftime.

Tampa Bay scored first in the third with a 50-yard field goal, extending the Bucs' lead to 31-10.

Ronald Jones II marked his first career multiple touchdown game with a second TD catch with under 3 minutes to go in the third quarter, bringing the score to 38-10 -- the final.

Packers: LT David Bakhtiari left in the third quarter with a chest injury, leaving Green Bay to play the remainder of the game without its best offensive lineman. S Darnell Savage (quad) missed a portion of the second half... CB Kevin King (quadriceps) and RB Tyler Ervin (wrist) were inactive.

Packers: at Houston next Sunday

FOX Analyst: More to Packers-Bucs than just the quarterbacks