MADISON, Wis. - Wisconsin coach Paul Chryst said Monday it is too early to tell how much time quarterback Jack Coan might miss after the senior injured his foot in practice Saturday. 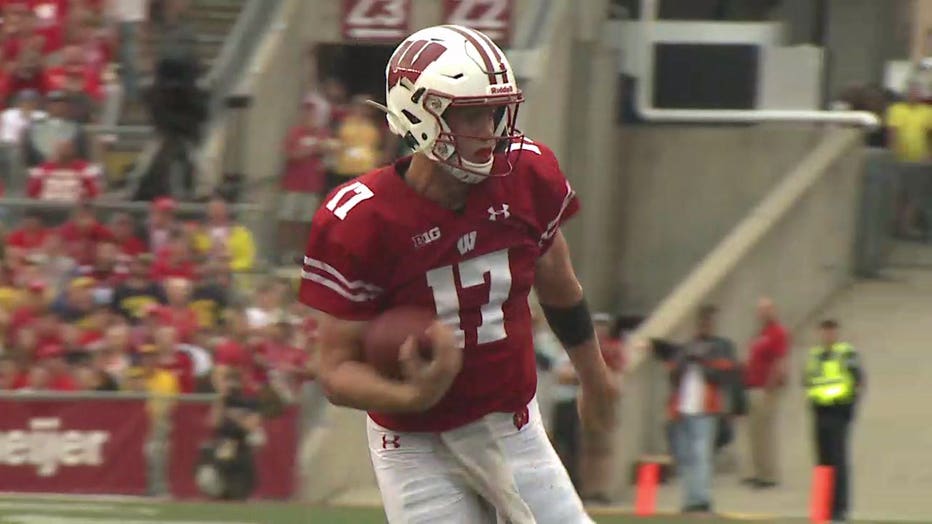 “He’s going to see a specialist,” Chryst said. “We’ll know more in the coming days on that one there. We’ll find out what all that means.”

The 16th-ranked Badgers open the season Oct. 24 by hosting Illinois.

Chryst said the injury occurred when Coan was dropping back and that it didn’t involve any contact. Redshirt freshman Graham Mertz has been receiving the first-team reps that Coan didn’t take.

Coan has made 18 career starts and started all 14 games for Wisconsin last year as the Badgers went 10-4 with losses in the Big Ten championship game and Rose Bowl.

He had a school-record 236 completions for 2,727 yards with 18 touchdowns and five interceptions last season. He completed 69.6% of his passes and also had four touchdown runs.

Mertz was rated as the nation’s No. 3 pro-style quarterback and No. 65 overall prospect in his high school class according to composite rankings of recruiting sites compiled by 247Sports. He appeared in blowout victories over Central Michigan and Kent State while redshirting last season and went 9 of 10 for 73 yards.

“He’s put a lot of time in, and I think he is progressing certainly,” Chryst said.

“We’ve got good guys, good players,” Chryst said. “Maybe they don’t have experience, but it doesn’t mean they won’t be real capable of being good. That’s one of the neat things about college football.”