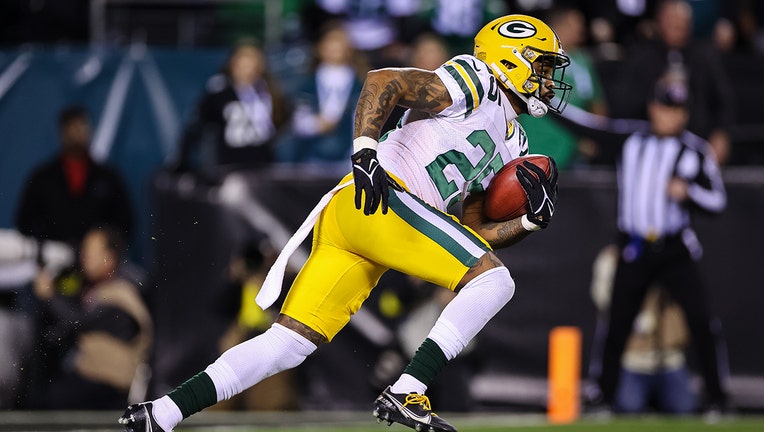 Keisean Nixon carries the ball against the Philadelphia Eagles on Nov. 27, 2022 in Philadelphia. (Photo by Scott Taetsch/Getty Images)

Nixon took over primary kick return duties for the Packers in November after the team waived Amari Rodgers. Nixon led the NFL with 1,009 kick return yards.

According to the Packers, Nixon was the third player in franchise history to lead the NFL in kick return yards – the first since 1971. He was second in the NFL in yards per return (28.8) and touchdowns (1).

Nixon's touchdown was the first by a Packers kick returner since Randall Cobb in 2011, the team said, and his average was the best single-season mark in team history. Nixon had five kick returns of 50-plus yards, the Packers said; no other player in the NFL had more than two this season.

Alexander's career-high five interceptions tied for fifth in the NFL; four players tied for the lead with six. He started 16 games, and posted 56 total tackles. He was also named to his second Pro Bowl.

See the full first and second 2022 All-Pro teams on the NFL's website.