MILWAUKEE -- Ali Pollack has a polished tennis game. Combine that with her high grade point average and poise, and you have a student-athlete who is the complete package.

"Tennis is definitely a mental game, a mind game as well as a physical game. You kind of have to predict where you're going to go for your shots, plan your strategy," Ali Pollack said. 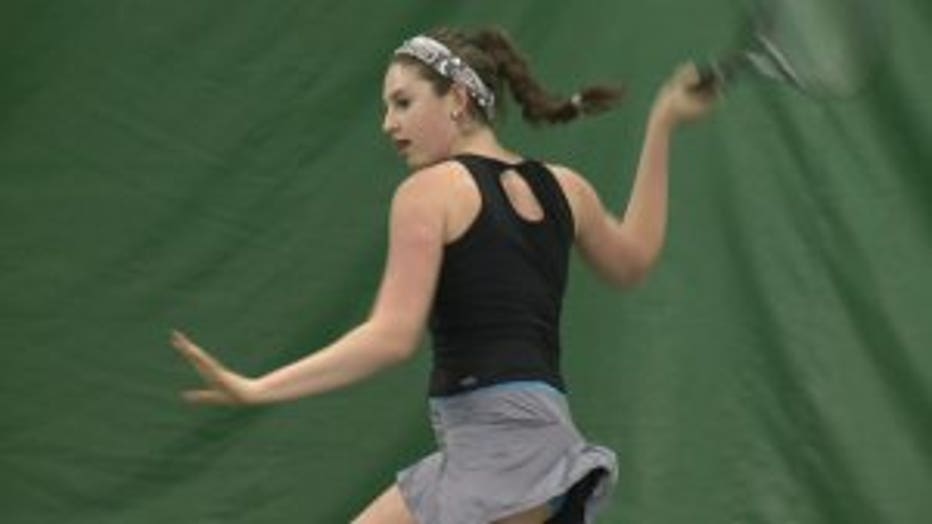 The first thing that stands out about Ali Pollack, a student-athlete at University School of Milwaukee is her tennis game. In 2012, she became the first female in Wisconsin to win the individual state championship at 13 years old.

"It was definitely something very special. I'd never really experienced something like that before. A little bit overwhelming, but totally exciting," Pollack said.

What also stands out about the now 17-year-old Pollack is her poise and maturity. 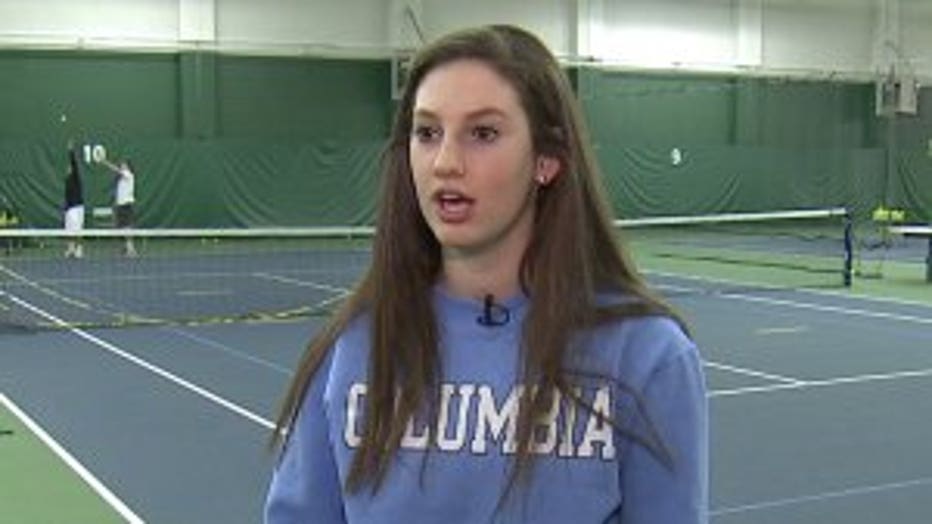 Take her decision to stop playing tennis at University School three years ago in favor of hiring a year-round coach -- one who happened to be her high school coach. WIAA rules don't allow that.

"Although I loved the team situation, it was probably the highlight of my freshman year, if not high school. It was so fun being with the girls and playing with the team. I decided it was a little bit more central to spend more time on the court and focus on my individual performance," Pollack said. 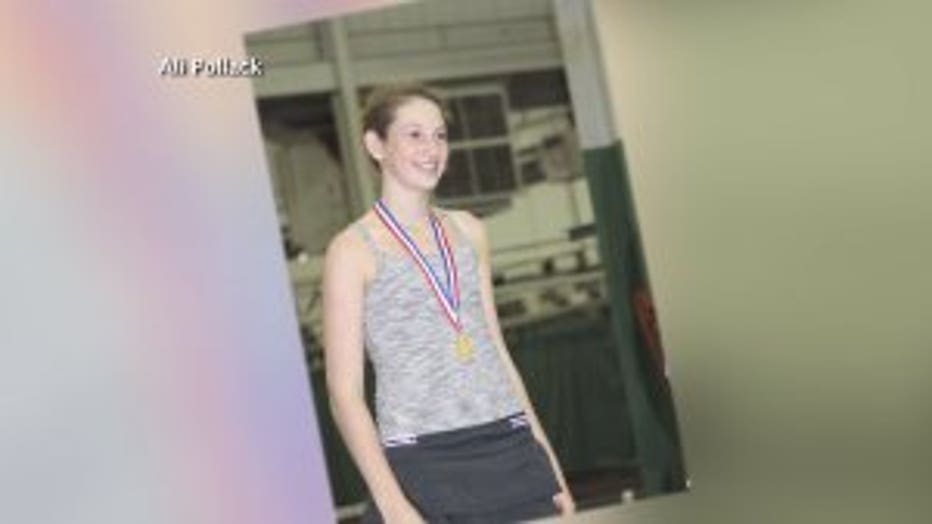 Pollack has performed well enough to have had a number one ranking in the state, a top 10 in the Midwest, a top 100 in the nation, and experiences that will last a lifetime.

"Tennis has allowed me to travel the country. I've been to Texas, New York, California just for tournaments, and definitely some towns I would not have visited without tennis. It's been really cool seeing different cultures and different kinds of people. Also I've developed friends from all over the country and we communicate even though it's long distance," Pollack said. 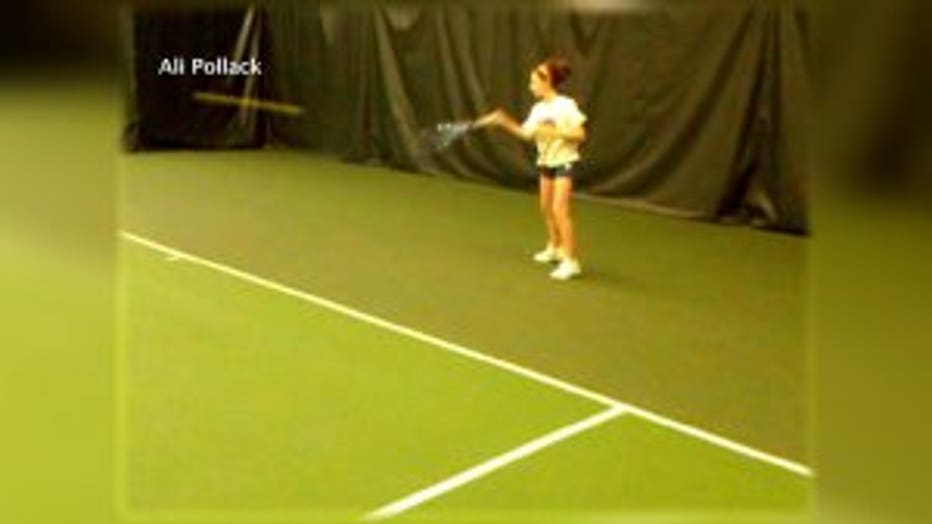 Pollack is polite and charming, but she has the eye of the tiger on the court.

Although -- not at first.

"When I was younger on the court, I kind of let some people walk over me. Tennis has kind of taught me to stand up for myself and be a competitive person. Those are actually things that have helped me in life -- standing up for myself," Pollack said. 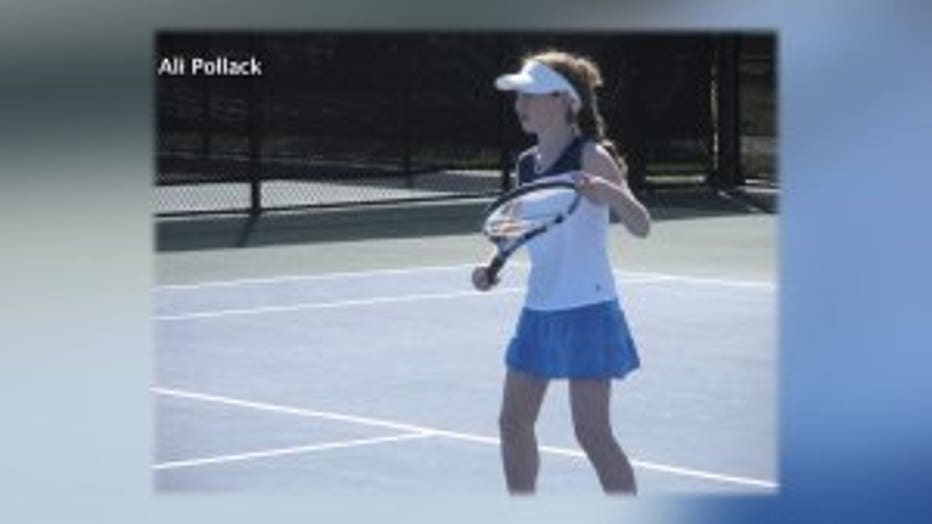 "She's extremely mentally tough when she's on the court. She has a great tennis IQ. What that means is she's a great problem solver and she finds ways to be successful," Rick Vetter, a tennis pro with Elite Sports Clubs said.

Pollack credits her coaches for a lot of that success. Her parents are her role models.

Marina Pollack has been there every step of the way, and her daughter has shown appreciation. 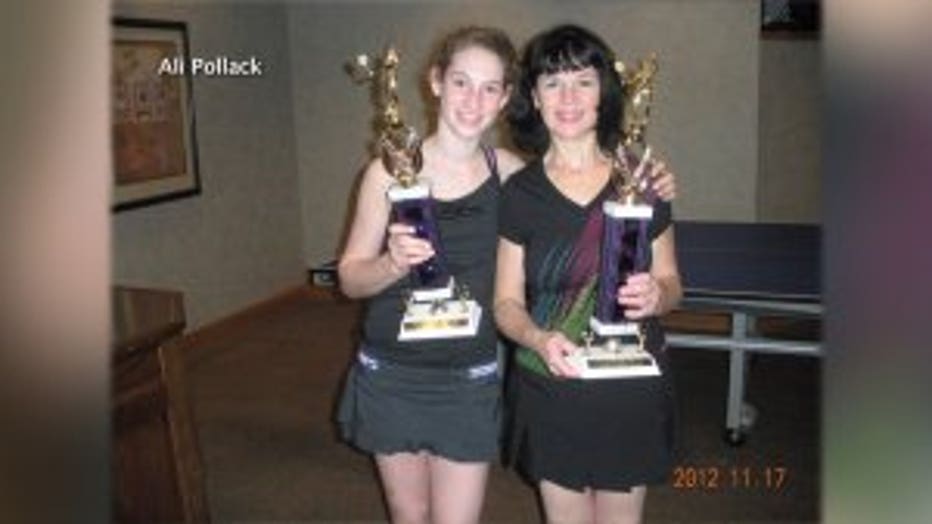 "I do sometimes play with her -- doubles, asking her 'I never got a trophy in my life. Can you help me? And we did receive two trophies. Alright Ali, thank you,'" Marina Pollack said.

Ali Pollack also competes in the classroom. Age-wise, she could be in her junior year in high school. Instead, the top-notch student will graduate from University School in June. Then, she'll head to Columbia University as the first female tennis recruit from Wisconsin.

"Columbia was definitely my dream school, my number one. I was kind of looking for a place that has both an academically strong program as well as tennis. I didn't want to pick one or the other, and Columbia was kind of that perfect mix for me," Pollack said.