Tiger Woods has checked into a clinic to get help dealing with prescription medication for pain and a sleep disorder, and his agent is not sure how long he will stay.

Mark Steinberg of Excel Sports Management said Tuesday he could not disclose the location of the in-patient treatment. He said pain medication at times was the only way Woods could get up and moving during the toughest days of recovery following four back surgeries.

"I'm proud of him," Steinberg said. "He's going to get himself right to be able to essentially lead a healthy lifestyle."

Woods was arrested on a DUI charge in the early hours of Memorial Day when police in Jupiter, Florida, found him asleep behind the wheel of his slightly damaged car, which was parked awkwardly to the side of the road about 15 miles from his house, headed the opposite direction. 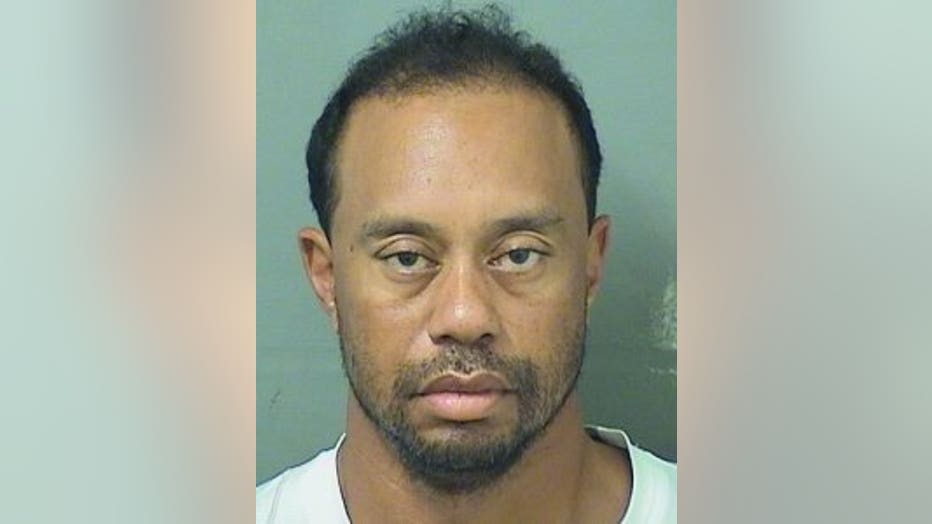 Golf legend Tiger Woods was arrested around 3 a.m. Monday morning on suspicion of driving under the influence in Jupiter, Florida.

This is at least the second time that Woods has sought in-patient treatment. He was in a Mississippi clinic for 45 days in early 2010 when his personal life collapsed over multiple extramarital affairs.

Woods had his fourth knee surgery after winning the 2008 U.S. Open at Torrey Pines for his 14th major. Starting in 2013, however, his back has been the primary source of his injuries. He has had four surgeries on his back starting in the spring of 2014, the most recent fusion surgery two months ago.

"He's been in just immense pain for so very long that taking prescribed medication was a must just to be able to get up and move," Steinberg said. But, he added, "I don't think it's fair to say there is an addiction."

When he was arrested, Woods' speech was slurred and he was not sure where he was or where he was going. Woods told police he was on several prescriptions. He failed every field sobriety test, though he recorded a 0.00 on a breath test after he was taken to jail. Woods had said alcohol was not involved.

Woods also provided urine samples. The results of those tests are not available.

Jupiter Police spokesman Adam Brown said Tuesday that toxicology results won't be released because they are part of an active criminal investigation. Nicole Lunsford, a records specialist at the police department, said in an email that they were being withheld "per our town legal counsel."

An arrest affidavit listed four medications, including Vicodin, that Woods told police he was taking. In another police report that previously had been redacted, Woods told officers he had been taking Xanax, which treats anxiety and insomnia.

"May 29 shook him up quite a bit, as it should," Steinberg said. Asked if the arrest might turn out to be the best thing to happen to Woods, his longtime agent said: "It was such a somber experience and moment. Thank God that nobody was hurt. But to answer your question, only time will tell."