LONDON — A 33-year-old British endurance athlete stepped ashore on an English beach Sunday, becoming the first person to swim around the coast of Great Britain.

Ross Edgley spent 157 days in the water and covered 1,791 miles (2,883 kilometers). He swam in six-hour stints, sleeping in his support boat.

He was joined for the final mile by hundreds of fellow swimmers, coming ashore at Margate in southeast England — the spot where he began his journey on June 1.

Edgley, who had hoped to finish in 100 days, told family members who gathered on the beach to greet him: "Sorry I'm late."

He said his main feeling on walking up the beach was "relief. I was really worried that my legs would give way." 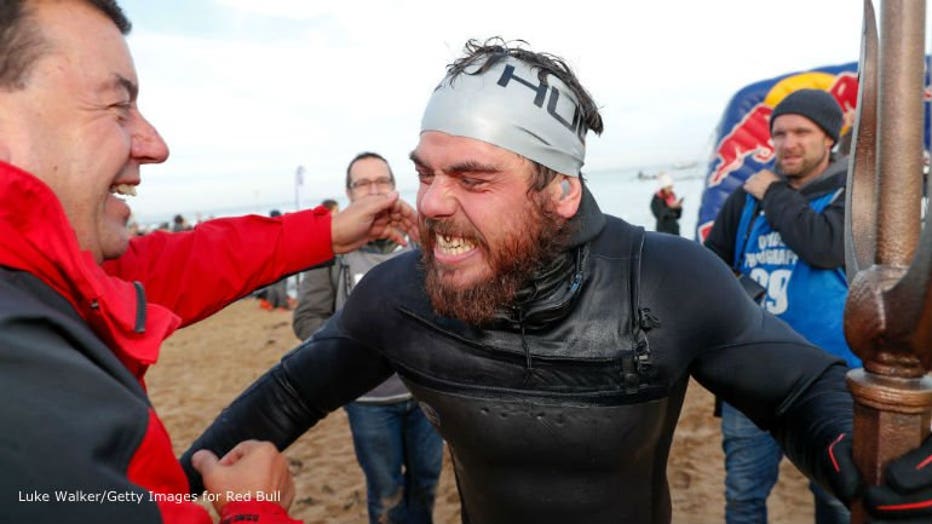 The World Open Water Swimming Association says Edgley endured spells of wild weather and was stung by jellyfish 37 times during his swim, which was sponsored by the energy drink Red Bull.

He covered the distance in 62 days.