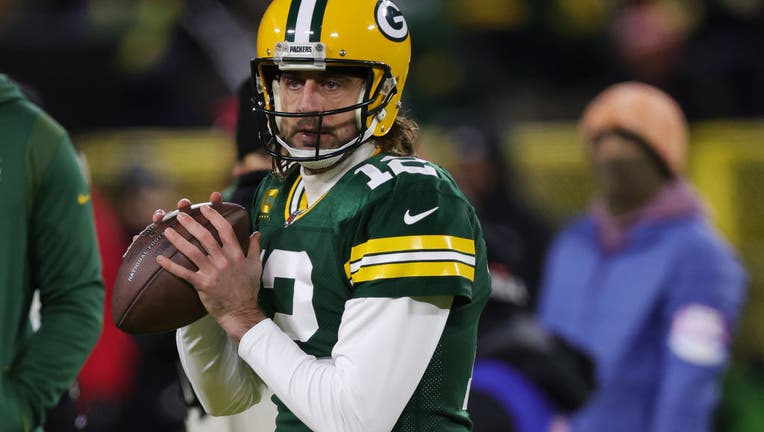 GREEN BAY, Wis. - Aaron Rodgers could cross off the Tennessee Titans on his list as a potential destination.

Rodgers and the Green Bay Packers had a disappointing end to their 2021 NFL season, when they fell 13-10 to the San Francisco 49ers in the divisional round of the playoffs. Rodgers spoke with members of the Packers' front office to discuss his future recently and made it clear that "everything is on the table" moving forward.

One thing that is for certain: Rodgers reportedly won’t be joining the Titans.

ESPN reported on Friday that "the Titans don't consider Rodgers to be an option for them at quarterback and have full intentions of moving forward with [Ryan] Tannehill."

Titans general manager Jon Robinson also said publicly that Tannenhill will be back next year.

"Ryan's our quarterback," Robinson said. "He's made a lot of plays for us. He's a great leader. He's extremely tough. Love what Ryan brings to our football team, love what he stands for. We're looking forward to him getting back in there, and getting back on track, and keeping this thing rolling."

Rodgers was reportedly interested in joining the Titans, who were the No. 1 seed in the AFC this past season. The future Hall of Fame quarterback purchased land and was in the process of building a house in Nashville.

Rodgers, who is expected to win a second-straight NFL MVP award, finished with 4,115 passing yards, 37 touchdowns, and only four interceptions. In the playoff game against the 49ers, Rodgers completed 20 of 29 passes for 225 yards. He failed to the throw a touchdown pass in the loss.

Packers fans remain hopeful that Rodgers will stay put in Green Bay, but there’s definitely a chance he could play elsewhere or even call it a career and retire.

One person is dead following a single-vehicle crash in Washington County on Sunday, Feb. 6.

A Fond du Lac resident survived after his truck broke through the Lake Winnebago ice on Saturday afternoon.