FOX6's Lily Zhao talked with Packers running back Aaron Jones about why the offense is clicking so well, and why you can find his face in grocery stores.

GREEN BAY, Wis. - The Green Bay Packers are off to a hot start -- averaging almost 41 points per game, following another win Sunday, Sept. 27 over the New Orleans Saints. FOX6's Lily Zhao went one-on-one with running back Aaron Jones to talk about why the offense is clicking so well, and why you can find his face in grocery stores.

FOX6's Lily Zhao: "When did you kind of figure out that you guys would really be clicking on offense, because 122 points through the first three weeks of the season has been astronomical. I think it's a franchise-best for you guys." 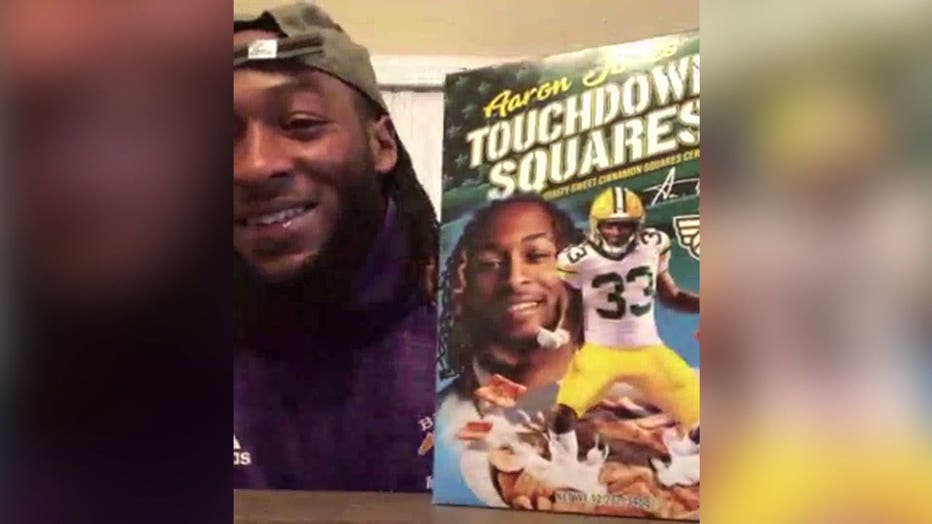 Aaron Jones: "I think coming in, all of us thought that we had the weapons that it took, and we knew we had a full year under our belt of learning the offense, so we were able to come out and play fast, and we all know when it's time for one of us to step up, and we all gotta step up, and it's not just one of us. It's everybody."

FOX6's Lily Zhao: "We've seen Matt LaFleur really take the 'all gas, no brakes' mentality for you guys, especially going for it on a couple fourth downs -- you, of course, scoring that touchdown on fourth and short there in the red zone. Talk about the aggressiveness you guys have had as an offense because I feel like in years' past, this probably wouldn't have been a thing you guys did, but this year, you guys are super aggressive on the offensive side of the football."

Aaron Jones: "Definitely. I think that's just Coach LaFleur trusting us, knowing that if there's a yard, or two yards, or whatever there may be, we're going to go get it. Also, trusting the defense, knowing that the defense has our back, and whether we give up the short side of the field or whatever it may be, that the defense is going to go out there and handle their business, and that's exactly what we did last night."

FOX6's Lily Zhao: "What is it like having your own cereal, though? I mean, that's gotta be pretty cool."

Aaron Jones: "It's pretty cool, you know? You dream of being on cereal boxes as a little kid, like, Wheaties. You see athletes growing up being on Wheaties, so you're like, I want to be on a cereal box, so to have your own, and I think it's pretty big time. Some of the proceeds, when you buy the cereal, go to me and my twin brother's foundation A&A All the Way, and it's pretty much giving back to the nation's youth all around, not just here in Green Bay or El Paso, but all around. We feel like kids are something that touched our hearts, and we feel like the youth is where we can make an impact, and they're the future, so we want to help them out." 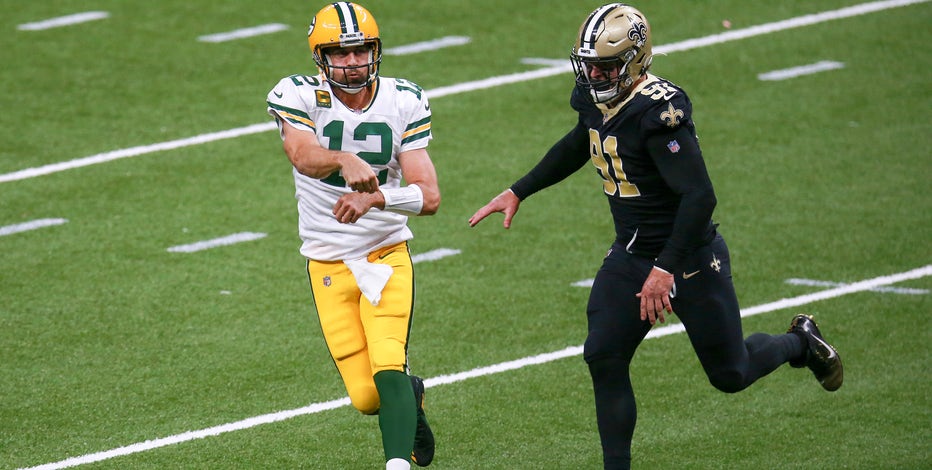 SNF: Green Bay Packers 3-0 after win over Saints on the road 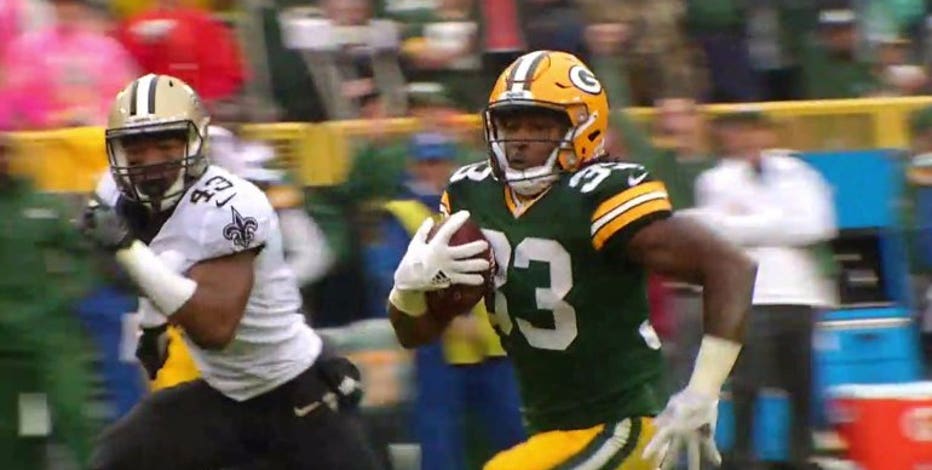