DETROIT -- A fumble on the Packers opening drive of Week 16's game against the Vikings didn't have the running back off to a good start. Later in the first quarter, he let a pass slip through his hands on what would've been a third-down conversion -- instead, the Packers kicked a field goal. The Packers trailed the Vikings 10-9 at halftime.

Jones found the endzone on a 12-yard run, giving the Packers the lead in the third quarter. In the fourth, he broke free for a 56-yard touchdown run that left Vikings defenders in the dust.

After a lackluster first half, Jones' second-half touchdowns made the difference in a 23-10 Packers win that clinched the division title. He finished with 154 yards on 23 carries.

Vikings linebacker Anthony Barr reportedly taunted Jones after his first-quarter fumble. Words that the Vikings defense would eventually eat...and Jones would eventually turn into a sweatshirt.

The Packers tweeted photos of the team's arrival in Detroit for Week 17 against the Lions.

Among, them Jones -- wearing a hoodie with a quote printed on the chest. 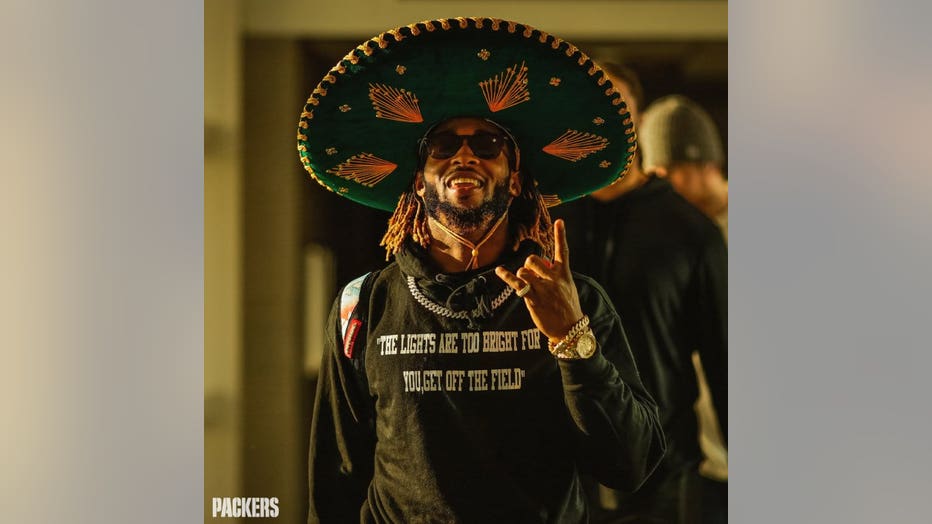