GREEN BAY -- Hall of Famer and Green Bay Packers legend Willie Davis has passed away. He was 85 years old.

“The Green Bay Packers Family was saddened today to learn about the passing of Willie Davis.

"One of the great defensive players of his era, Willie was a significant contributor to the Packers’ five NFL championship teams during the 1960s.

“We extend our deepest condolences to Carol, as well as their family and friends.”

Davis was a highly respected team leader who served as defensive captain of the Packers' 1966 and '67 NFL championship teams – winners of Super Bowls I and II. In all, Davis started on five NFL championship teams. He also was the only member of the Packers organization to have earned all four of the franchise's Super Bowl rings, receiving the first two as a player and the subsequent rings as a member of the Packers Board of Directors where he served from 1994-2005.

Davis also excelled as a pass rusher before the NFL kept tabs on sacks or he'd likely be the Packers' all-time leader, the team said in a news release. Unofficially, it is estimated that he had more than 100 career sacks, and maybe closer to 140.

Davis was born July 24, 1934, in Lisbon, Louisiana. He passed away at a hospital in Santa Monica, California. 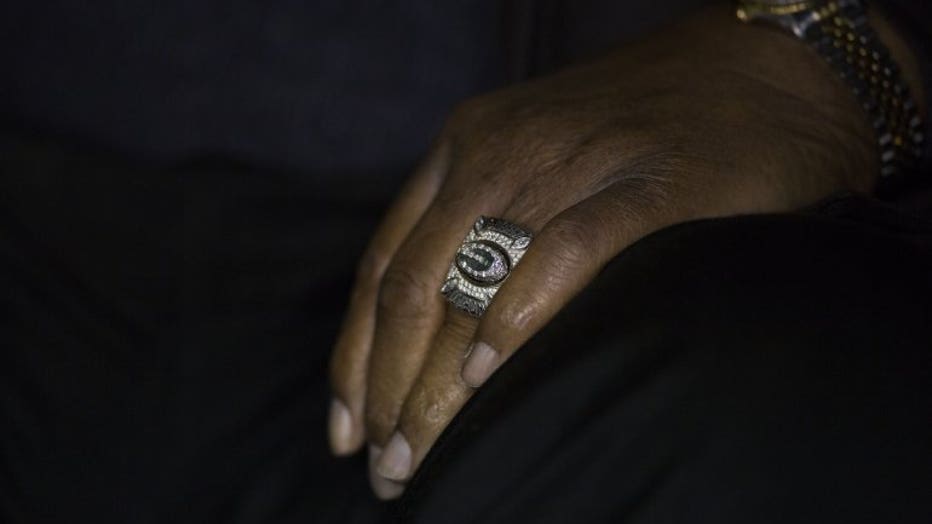 GREEN BAY, WI - December 9: The hand of Willie Davis. NFL Hall of Fame member and former Green Bay Packer Willie Davis with the Packers Super Bowl XLV ring as he waits to be introduced before the start of the Detroit Lions v Green Bay Packers game at

The following is a statement from Hall of Fame President & CEO David Baker:

“It is with great sadness the entire Pro Football Hall of Fame family mourns the passing of Willie Davis. Willie’s extraordinary athleticism was an undeniable factor in Green Bay’s winning tradition of the 1960s under Coach Lombardi. He helped the Packers through an unprecedented championship run and to two Super Bowl victories. Willie was a man of true character on and off the field. The Hall of Fame will forever keep his legacy alive to serve as inspiration to future generations.”

The Hall of Fame flag on the Museum’s campus will be flown at half-staff in Davis’ memory.


A 15th-round draft pick from Grambling, Davis began his NFL career by playing both offense and defense for the Cleveland Browns in 1958 and ’59. He had his greatest success after getting traded to the Packers.

“There were few players in the league who were as tough as Willie,” Packers Hall of Fame quarterback Bart Starr said in the foreword to Davis’ book, “Closing The Gap: Lombardi, the Packers Dynasty and the Pursuit of Excellence. “He was at his best in games in which we struggled. When it was tough, he rose to the top and took our defensive people right along with him.”

Davis noted in his book that he had just signed a contract with the Browns and believed he was being groomed as Cleveland’s future starting left tackle on offense when he learned about the trade on the radio. Green Bay acquired Davis in a July 1960 trade that sent wide receiver A.D. Williams to Cleveland.

“At the time, I felt slightly betrayed,” Davis wrote in his book. “I felt the organization didn’t care much about me, like I was being thrown away. I also panicked, wondering what this would mean for my future. I absolutely did not want to play in Green Bay. In fact, I was so turned off by the idea that my first thought was about retiring.”

He instead stuck it out and developed into one of the top defensive linemen of his era.

In an NFL Films tribute to Davis, former Packers center Bill Curry called him “the finest combination of leader and player that I ever saw.”

In that same tribute, former Packers offensive lineman and Hall of Fame member Forrest Gregg said: “I can’t ever remember a football game that he played in where I didn’t think Willie Davis played absolutely the best he could possibly play that day.’’

“He put as much fear in me, because of what he could do and his abilities, as any defensive end that I had to face,” Dawson told NFL Films.

Davis earned a master’s degree in business administration from the University of Chicago late in his NFL career, which helped him make a successful transition to the business world after he stopped playing.

“We all knew football wasn’t going to last forever,” Davis wrote in his book. “The longevity of the average football player was less than 10 years, and that meant there were many men who were jobless with little financial security by the time they were in their early 30s. That was a scary prospect. I wanted to make sure I didn’t fall into that category.”

His debut in the NFL was delayed by military service.

“I got drafted immediately after my first preseason camp and had to serve in the military for two years," he wrote in his book. “After bouncing around from base to base and playing football for the army, I left the military a stronger, more focused and mature man.”

"Along the way, there were key moments at each stage, key opportunities that, when I took full advantage of them, propelled me to the next level,” Davis also wrote. “I had some slip-ups along the way, but when it mattered, when it was important, I stepped up, practiced what I believed, took the advice of those I respected and went for it with everything I could give. That’s how I succeeded in football, business and beyond.” 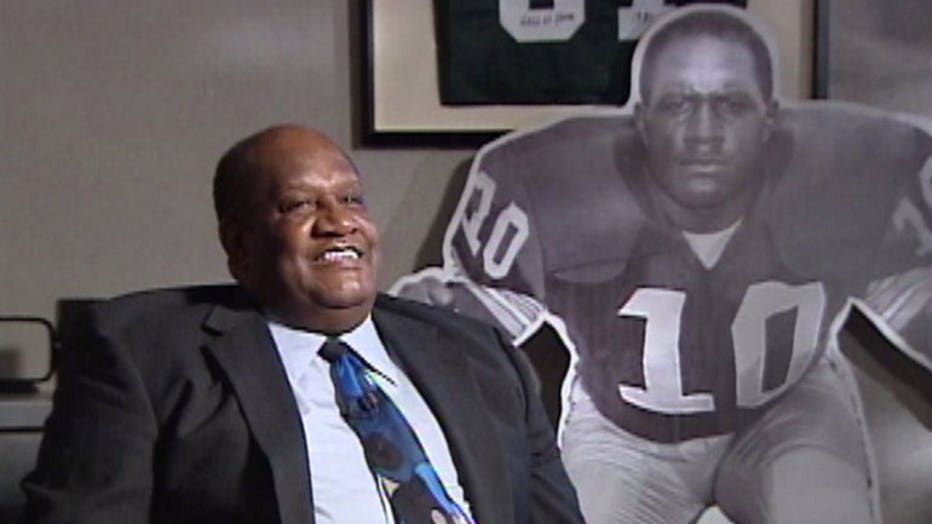 Former players reacted to the news of Davis' passing, too.