MILWAUKEE - The shortened high school football season wraps up on Friday, Nov. 20, and while many schools in southeastern Wisconsin were able to get their fall seasons in, some teams were unable to play. One highly touted player out of Rufus King is making the most of his time off the field. 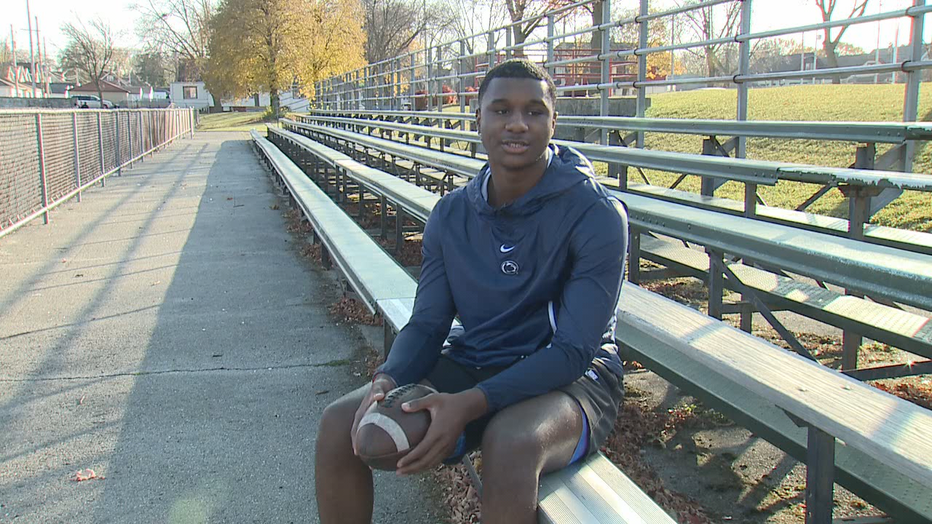 "I think I’ll be way ahead of the game from where I was my previous years," said Cross.

The coronavirus pandemic did put a halt to his fall football season. The Generals are one of many teams in the Milwaukee Public Schools system that are unable to play because they’re all still virtual. 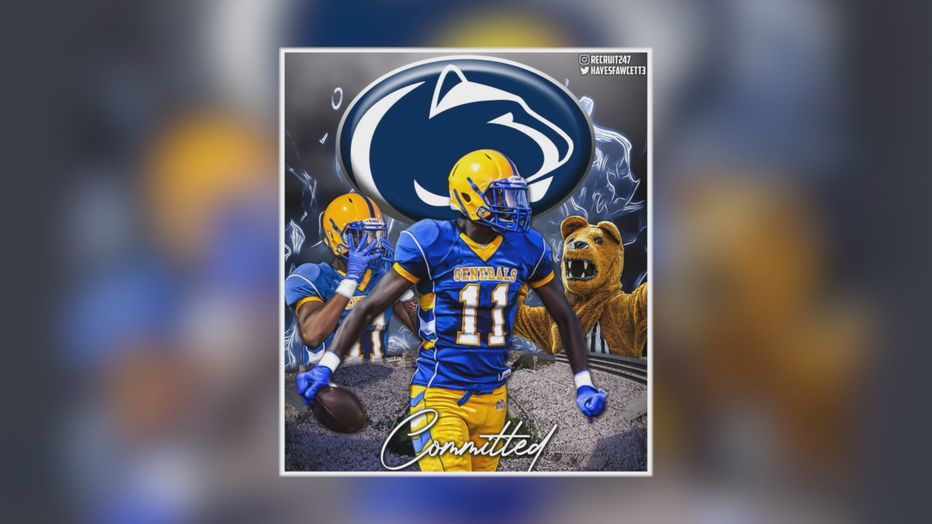 "You got so many intercity kids working hard and putting in the work and we can’t really showcase that we got better," said Cross. "Just watching the other kids, it’s just like, dang they get to play. They get to express what they’ve gotten better on."

Following a season for Rufus King where 11 of Cross’s 28 catches went for touchdowns, an extra few months off the field isn’t deterring this determined junior.

"It definitely drives you to get back out there because you really want to show the whole city, and really, all the other conferences what you can do," said Cross. 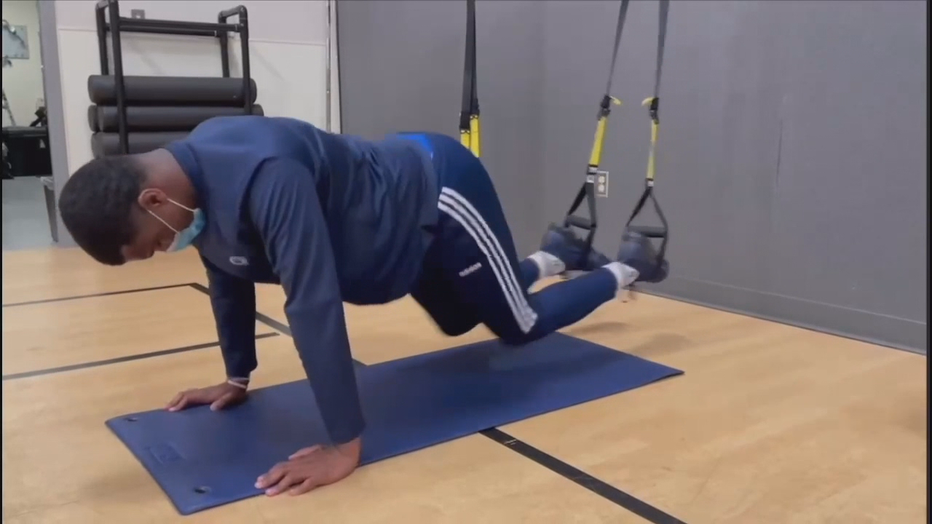 Cross has been working out every day since -- out on the field and inside the Froedtert Sports Medicine Center.

"I’m way better at my footwork," he said. "My feet are way faster. I’m working on getting faster, sharpening my route running."

Cross is honing his skills to play Division 1 college football. The 6'6" receiver committed to play tight end for Penn State back in July.

"I want to come in there and try to start because I just want to change the dynamic of a tight end and be something totally different," said Cross.

Those closest to him saw this success coming. 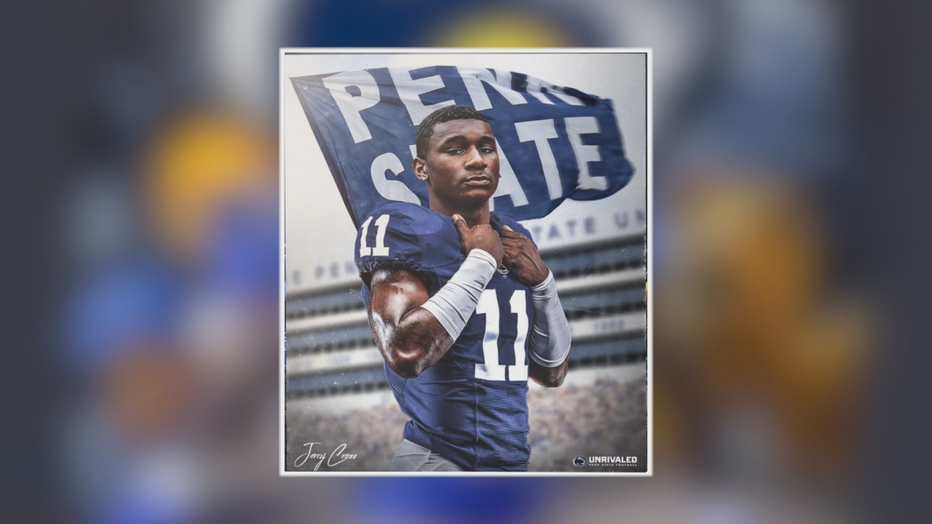 "He had aspirations of going D1 coming into King," said Anthony Dowery. "Jerry is the full package. It’s a blessing that I’ve had the opportunity to work with him."

"I cried," said Chrissy Scott, Jerry's mom. "I still cry sometimes. I never thought that my son will have this opportunity."

Cross’s ambitions don’t just end at football. The 16-year-old also has his own clothing line, as well.

"I always wanted to be known for just doing my own thing, and I had to start my brand perseverance apparel," said Cross. 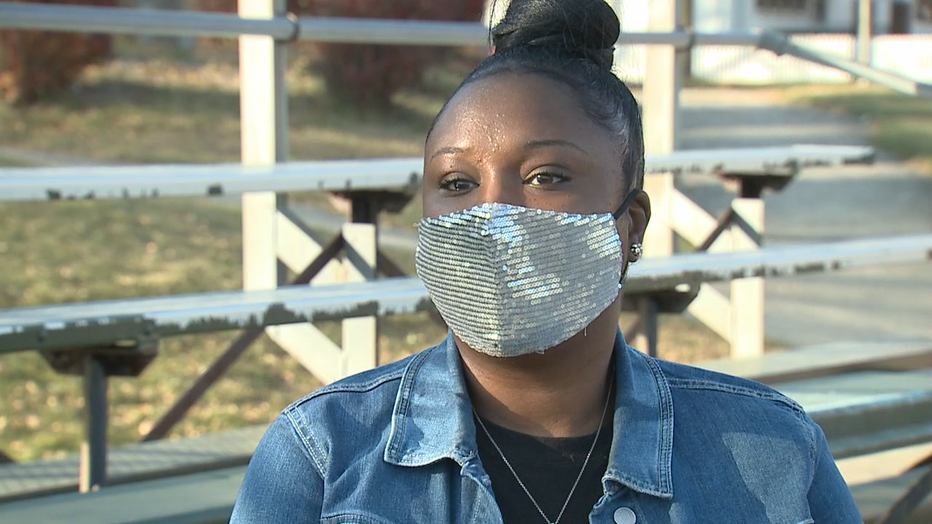 Cross started Perseverance Apparel in May with $1,000 from his mother.

"Very proud of him," said Scott. "He’s a go-getter for sure.

From custom hoodies and shirts for both men and women -- all with logos created by Cross printed onto them, the young entrepreneur has already sold close to 200 items. You can find them on his Facebook and Instagram pages at Perseverance Apparel.

"I want to own a lot of businesses for it, and a lot of print shops and stores," he said. "You know, just continue to grow it."

From the football field to his own business, Cross is proving you can, indeed, do it all.