GREEN BAY -- Aaron Rodgers connected with Davante Adams eight times for 160 yards and two touchdowns, Green Bay's spruced-up defense fended off a spirited Seattle rally, and the Packers held on for a 28-23 victory Sunday night to reach the NFC championship game for the third time in six years.

Aaron Jones rushed for 62 yards and two first-half scores for the Packers (14-3), who will travel next weekend to take on top-seeded San Francisco.

Russell Wilson carried the Seahawks (12-6) on yet another comeback, this time from a 21-3 halftime deficit, but the Packers forced a punt just before the two-minute warning on the second sack of the game by Preston Smith. That was Green Bay's fifth of the game. Za'Darius Smith, the other big-money free agent added to the defense last spring, had two sacks himself.

The Seahawks never got the ball again. 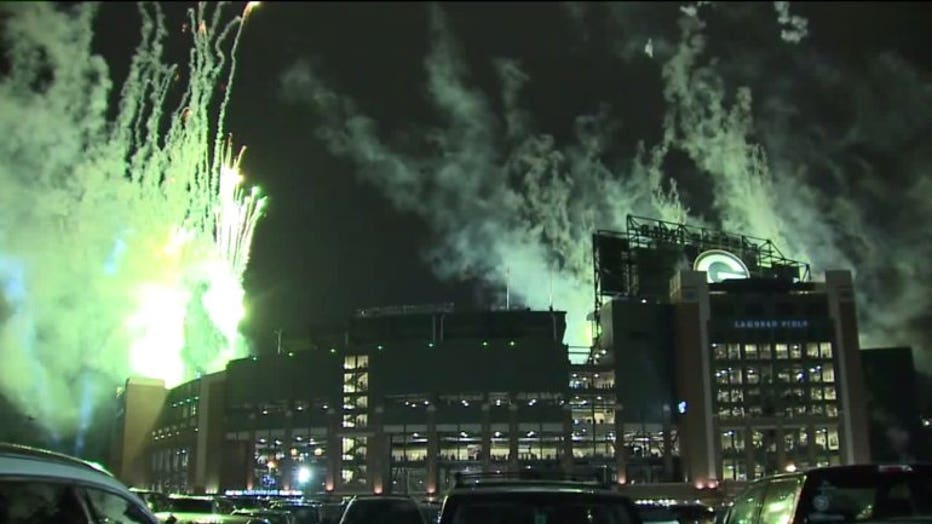 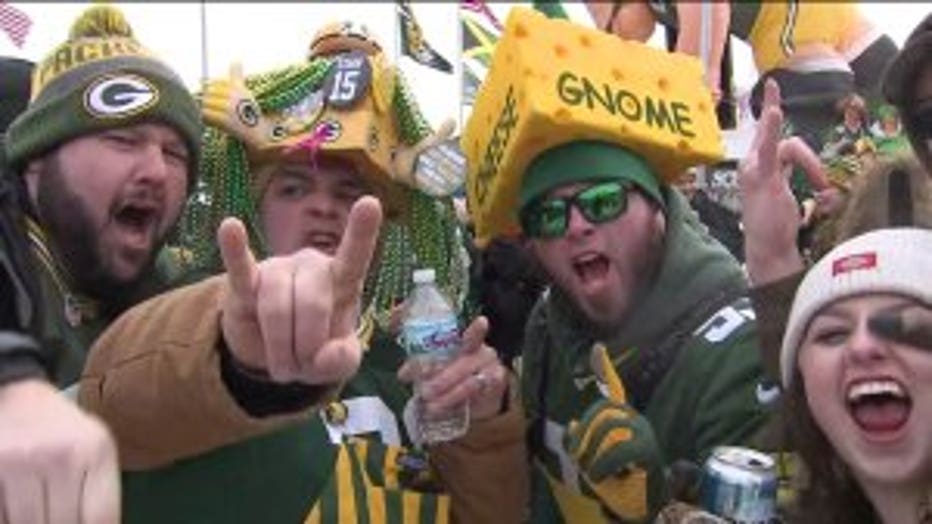 It was the ending Packers fans wanted -- a big win at home over Seattle to send them to the NFC championship game -- and fans were amped at Lambeau Field on Sunday. Most got the party started before kickoff.

"I came from a blizzard in Washington," said Scot Haggberg. "He flew through all kind of mess, and here we are, and this is a bucket list thing. I always wanted to get him back to Lambeau."

"I've been a Packers fan my whole life," said Joe Haggberg, who traveled from Florida. "I grew up in Washington, so I was surrounded by Seahawks fans. I'm really happy to be at Lambeau and be surrounded by Packers fans, for once." 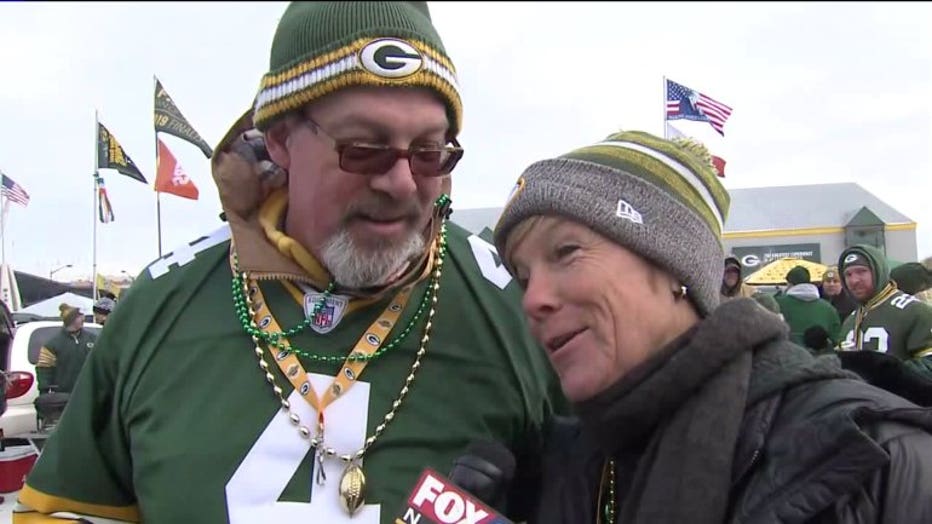 Brother/sister duo Darcy Bingham and Kent Carlson traveled from the coasts to celebrate.

"Being from the coasts and siblings, we don't get to come out very often," said Bingham. "It's usually the local people who get to come and we're celebrating a big 2020 because..." 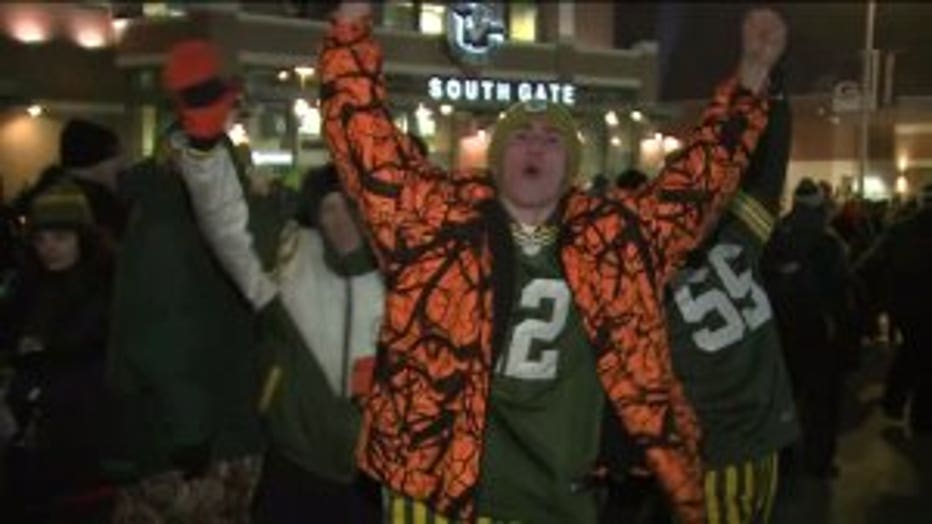 Seahawks fans have plenty of bad memories of their favorite team's performances in Green Bay, with the losing streak at Lambeau Field now at nine straight games. The last such win for Seattle was on Nov. 1, 1999.

There was the hot mike that picked up Matt Hasselbeck's ill-fated boast during the overtime coin toss that the Seahawks would win, preceding his pick-six in the 2003 playoffs. There was the blowout in the snow in the 2007 playoffs, which turned out to be Brett Favre's final win for the Packers. There were also the regular-season losses with Wilson in 2015, 2016 and 2017. 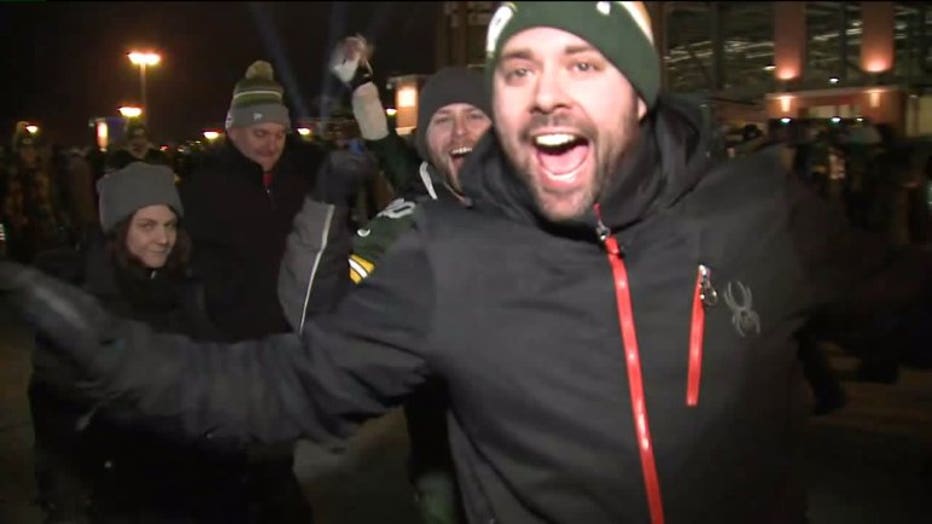 With the win Sunday night, the Packers advanced to their third NFC championship game in six years. They lost 37-8 on Nov. 24 to the 49ers, who beat Minnesota 27-10 on Saturday, Jan. 11 in their divisional-round game.