KENYA (FOX 13) --  If you've ever watched "Napoleon Dynamite" -- or more recently, "Tiger King" -- then you've heard of ligers, which are a cross between lions and tigers.

But have you heard about zonkeys?

As one might expect, a "Zonkey" is what happens when a zebra mates with a donkey... and the result is adorable. 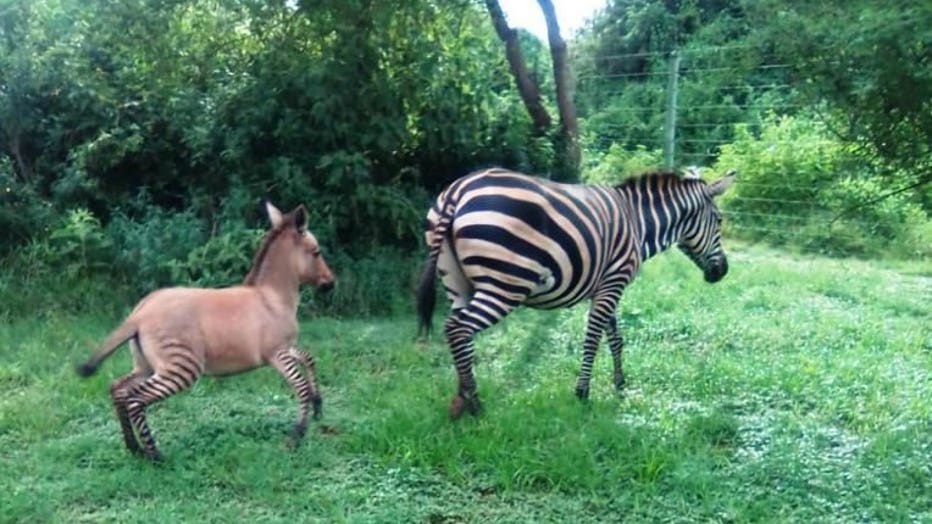 The staff of Sheldrick Wildlife Trust spotted the momma zebra with an unusual-looking foal by her side at Chyulu Hills National Park in Kenya.

"Working with wildlife, one learns to expect the unexpected," the animal rescue group said in a news release. “Even the most seemingly straightforward story can eventually reveal its true stripes and end up surprising us all."

Last May, the zebra ventured out of the country's Tsavo East National Park and into a nearby community. 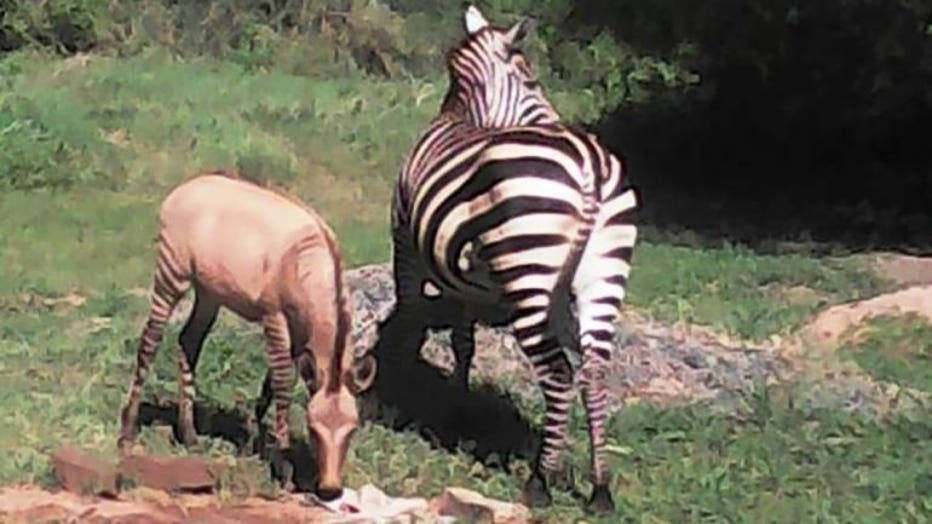 "She made herself right at home there, becoming an honorary member of a local woman's cattle herd," the group wrote.

Rescuers were called out to relocate the zebra back to the wild, so she was transferred to Chyulu Hills National Park.

Because the gestation period of a zebra is 12 months, Sheldrick Wildlife Trust workers figured out it was the mom zebra's time in the community that led to the unusual birth. 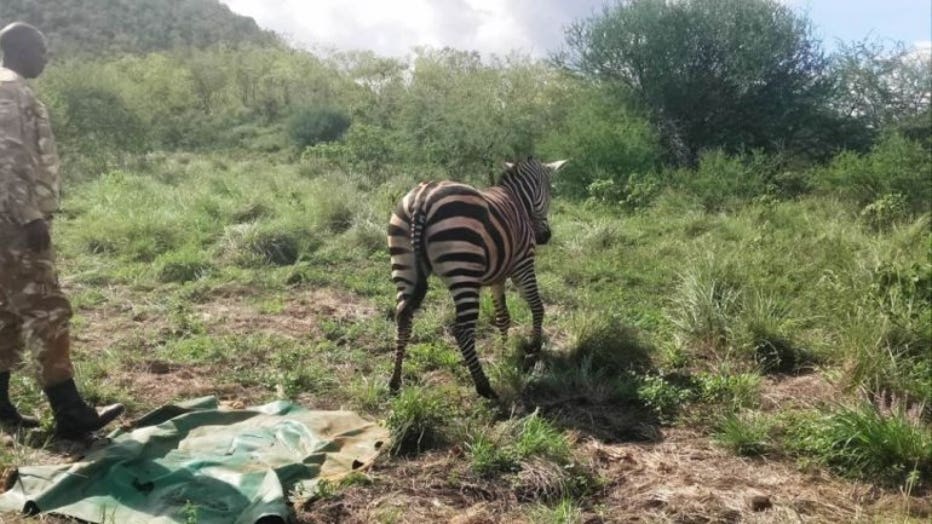 "It's not difficult to connect the dots. During her time living within the community last year, she had obviously become acquainted with an amorous donkey," they wrote.

While zebra foals are born with white and brown stripes that eventually turn black, this foal's body was "suspiciously light on stripes and overwhelmingly tawny in color."

"The zonkey combines the sturdy body of its donkey sire and the striped legs of its zebra mother, which makes for a striking creature," the Sheldrick Wildlife Trust said. "While it should otherwise lead a normal life, zonkeys are mules, meaning that it will be unable to successfully breed once it reaches maturity." 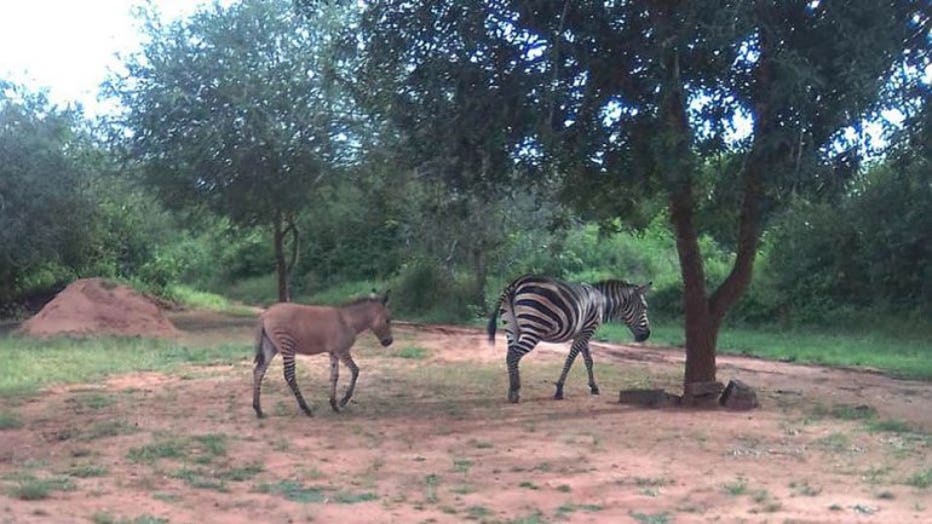 The group says the mom and baby are thriving in an area with plenty of water and grass.

To learn more about the Sheldrick Wildlife Trust's conservation work, visit their website.