“You will address me as Master:” Wauwatosa teen tells harrowing story of `sextortion`

"You will address me as Master:" Wauwatosa teen tells harrowing story of `sextortion`

WAUWATOSA -- All she wanted to do was flirt. A Wauwatosa teenager took a selfie and sent it to someone she'd never met. That photo quickly became a tool for sexual blackmail. And what happened to this teenager could very easily happen to you or your child.

The 17-year-old Wauwatosa girl exposed more than her private body parts. She exposed herself to a powerful new form of digital extortion. Now, she's telling her story so you and your children know what's really at stake when you hit 'send.'

It's not as though sexual flirtation is something new. The old adage "I'll show you mine if you show me yours" dates back generations. The difference today, of course, is technology. Mobile phones make it easy to snap digital photos of your own body and instantly send them to someone -- anyone -- anywhere in the world. It's a practice commonly known as "sexting."

And while sexting with someone you know is risky, there's perhaps even greater risk in sending nude photos to a person you've never met. That's what 'Molly' did.

"A lot of people out there, they question, you know, 'Why did you do it in the first place?'" she said.

'Molly' is a fake name FOX6 is using to identify the victim in a criminal case that recently surfaced in Milwaukee County. She agreed to share her story with FOX6 News as long as we kept her identity a secret. And while Molly doesn't want us to show her face, she showed off her entire body to a complete stranger through a social media app called 'KiK.'

"And I admit that was a careless action on my part," she said. 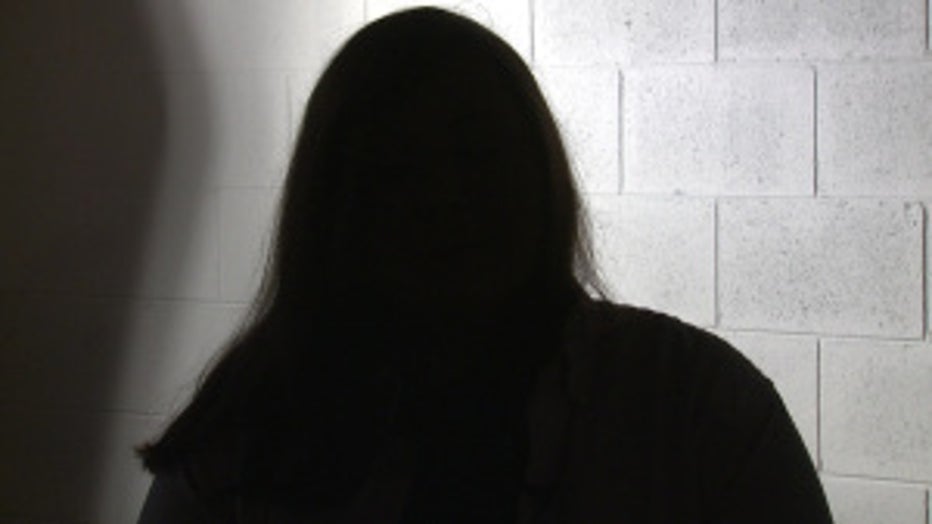 "Molly" says it was a mistake to send nude photos to someone she'd never met, but says that doesn't make it right for Cameron Wiley to use the photos as blackmail.

Molly is a lesbian. When she was 17, she traded fully nude photos with another girl she knew only as 'Haley,' a 15-year-old from Chicago. A friend at school had been texting with Haley as well, and thought the two might hit it off. Soon, Molly and Haley started chatting.

It was a sexual connection from the start. They traded nude photos, though Haley's never showed her face. After the first few exchanges, Molly grew increasingly uncomfortable. Haley continued to badger her for more. Eventually, Molly refused to send any new pictures or videos. And that's when things got scary.

In text messages later recovered by police, Haley wrote, "You have 3 minutes to send those two pics... if u dont imma start exposing your all over the internet and to all your wauwatosa people."

Haley was threatening to post the naked pictures online. And then, she started counting down.

"'I was afraid that if it ended up on the internet, you know, my reputation would be ruined," Molly said. "I thought at the time my life would be ruined." 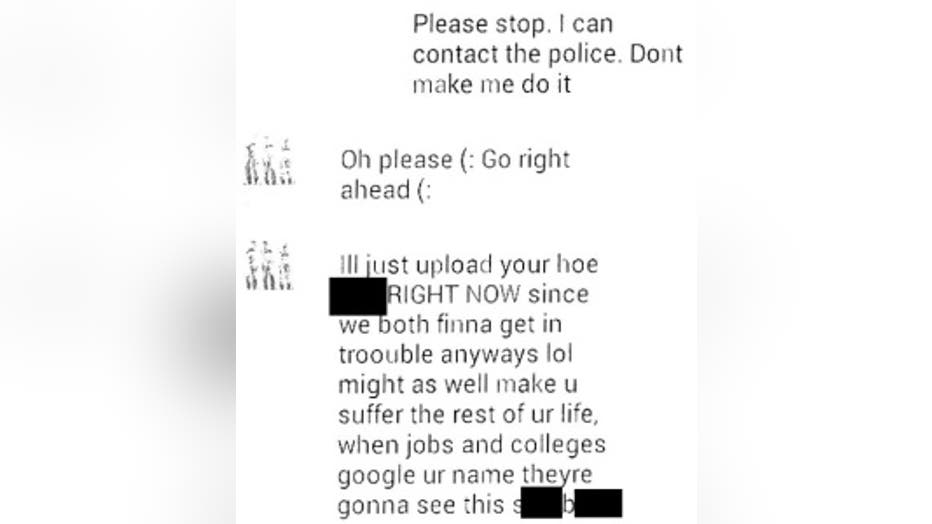 Text messages traced to Cameron Wiley show he threatened to post nude photos of the victim unless she complied with his request for more.

The fear turned to panic when Haley wrote, "I know ppl at your school."

"I just remember on a daily basis just sitting in my room and crying," Molly recalled.

Unsure of what to do, Molly tried to stall.

Haley replied, "I do it to any whore  who is dumb enough to send nudes to random people."

Turns out, Haley wasn't totally random. And her name isn't really Haley. In fact, she's not even a girl.

The 15-year-old Chicago girl whom Molly knew as 'Haley' was really Cameron Wiley of Milwaukee. Wiley knew of Molly through a mutual friend. He is the one who suggested that Molly and 'Haley' might be a good match. Wiley knew that Molly was a lesbian, so he pretended to be one too -- a trick that was all too easy to pull off behind a social media screen name.

As Molly continued to rebuff requests for more photos, Wiley's threats began to escalate. His words were dark and controlling.

"You will address me as Master," he wrote.

Molly wanted to turn off her phone and forget it ever happened. But she couldn't. If she cut off contact, she feared the blackmailer would carry out his threat.

"I felt like he had all control over me," Molly said.

"Once he has those nude photos, the defendant holds all of the cards," Karshen said.

After three days of psychological torture, Molly went to police, who traced the messages back to Wiley. Prosecutors charged him as an adult with three counts of attempted threats to communicate derogatory information, a Class A misdemeanor. It's a crime more commonly known as "sextortion."

"What a horrible, hateful, spiteful, malicious thing to do to someone,'" Milwaukee County Judge Stephanie Rothstein said.

But Wiley is hardly the only one doing it. His case is one among several now making their way through the Milwaukee County criminal justice system. And a new study by Indiana University finds 20% of undergraduate college students say they've been coerced into sending sexually-explicit photos to another person. Most of the time, the aggressor is not a stranger, but a trusted, intimate partner. 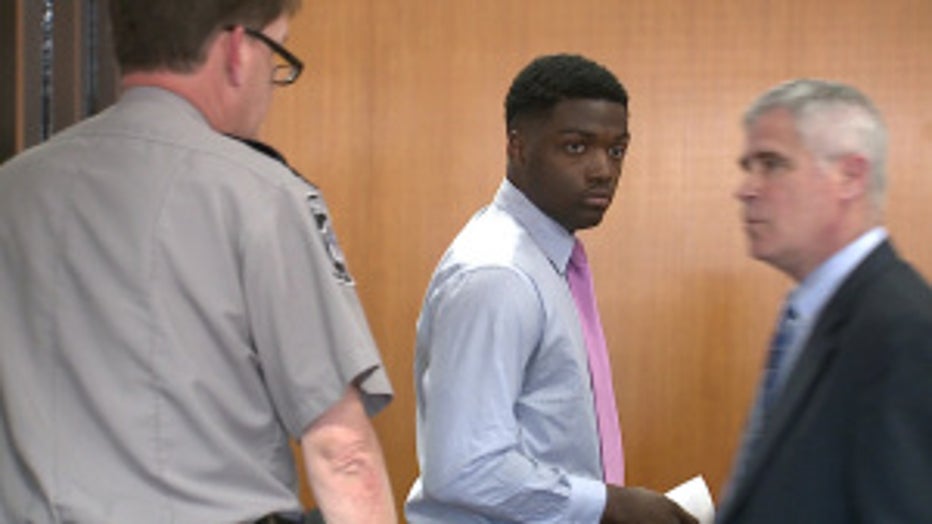 Cameron Wiley pleaded guilty to misdemeanor charges for threatening to post nude photos online unless his victim complied with a request for more photos and videos. He was sentenced to one year of probation.

"You never know one day from the next what is going to happen and if that person is going to turn on you," Molly said.

No one was more surprised by Cameron Wiley's sexual blackmail than his parents.

"There is absolutely no way that a young man that I am raising is making these sorts of statements," Tammie Wiley, the defendant's mother, said.

Tammie Wiley told the judge she and her husband are married, college educated, God-fearing Christians, who go to church twice a week, eat family meals together and keep parental controls on the home computer.

"You think you got loopholes covered and you really don't," said Michael Wiley, Cameron's father.

They had no clue that their "bright, intelligent teen" was leading a double life.

"I want to say I am deeply sorry since this incident has happened," Cameron Wiley said during his sentencing hearing.

He told the judge he hasn't forgiven himself for the horrible things he said in those text messages to Molly.

when jobs and colleges google your name, they're gonna see this s*** b****

In the end, the judge declined to send Wiley to jail, opting instead for one year of probation.

"These predators are getting off with a slap on the wrist," Molly said. "I want to help prevent that from happening again."

Molly wants to see tougher laws for dealing with sextortion. For now, she has a warning to anyone who thinks it's okay to send nude photos to someone else.

"Never cut yourself that short," she said. "Never be that careless about yourself and know that you deserve more."