BAYSIDE -- Fire sprinklers can save lives. However, in Wisconsin, not all new apartment buildings are required to have them. The National Fire Sprinkler Association calls Wisconsin's statewide sprinkler laws the worst in the country.

In the morning hours on March 30, a fire ignited on a first-floor balcony at the White Oaks Apartments in Bayside. 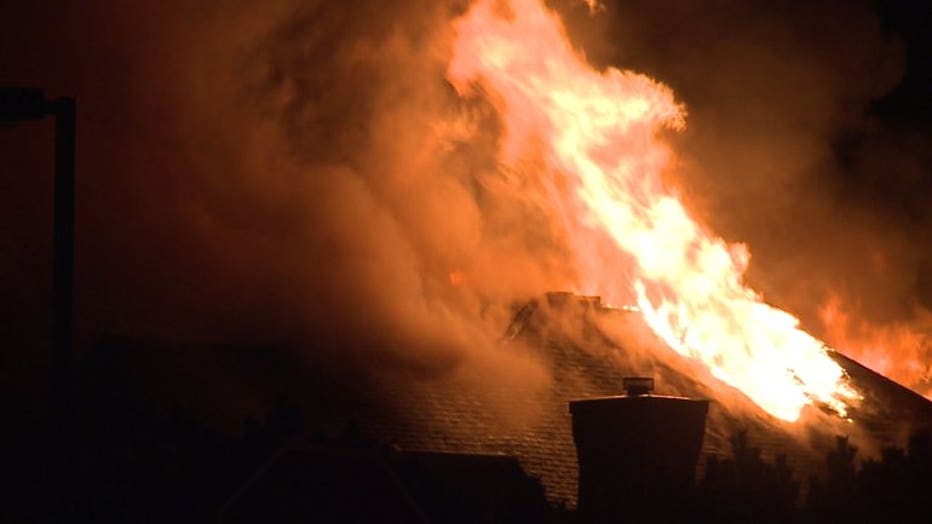 "You have people on the balconies yelling they can't get out," recalled North Shore Fire Chief Robert Whitaker.

Thankfully, no lives were lost, but the building was a total loss.

"How, specifically, it started, we're still not sure. I'm not sure we'll ever know," Whitaker said.

There were sprinklers in the underground garage, but none in the apartments or hallways. It's considered up to code for 1987, when the White Oaks building was built. No laws were being violated, because the building was grandfathered in. 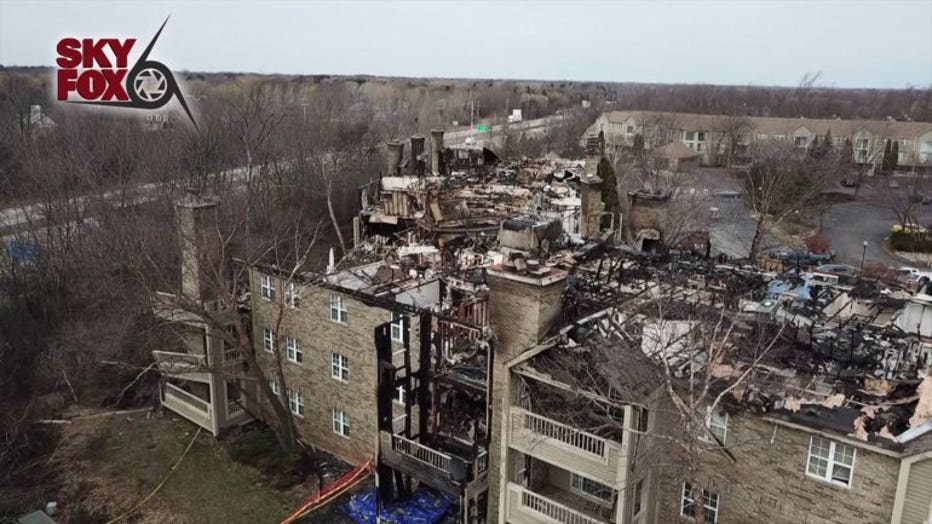 "The code, at that time, didn't require sprinklers in the living spaces. Since then, the code has changed," explained Whitaker.

Whitaker said had there been sprinklers inside the apartments and hallways, the outcome likely would have been different.

"From the living standpoint, the space where people live, likely would have assisted in containing or extinguishing the fire," Whitaker said.

According to the National Fire Sprinkler Association (NFSA), Wisconsin has the most lenient fire sprinkler regulations for multi-family buildings in the country. Only developments with more than 20 units require sprinklers. 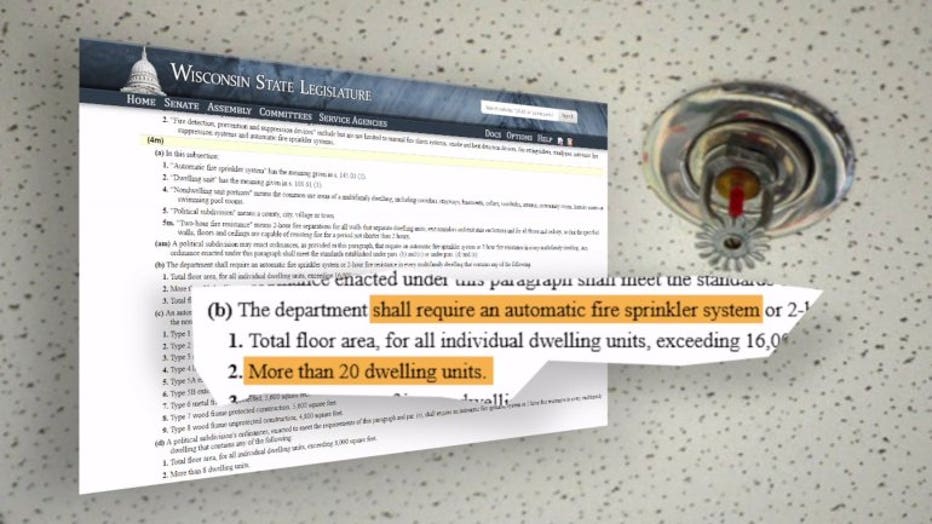 "Most other states in the country require all multi-family units, more than four units, to have fire sprinkler protection," explained Shane Ray of the NFSA.

In 2017, then Attorney General Brad Schimel issued an opinion, saying the more restrictive DSPS code could not be enforced. 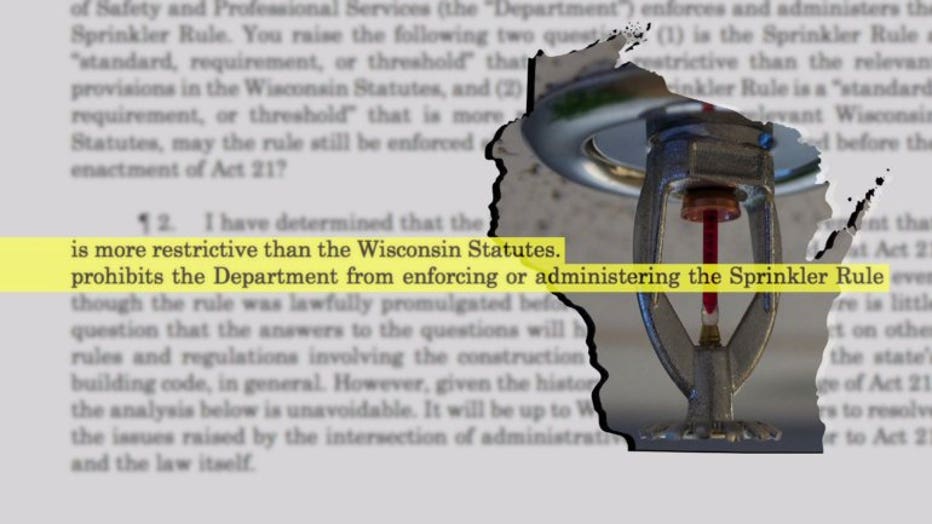 "In the places where there's sprinklers, almost no one dies," Ray said.

The Wisconsin Builder's Association told Contact 6 that it believes "the current regulations strike the right balance of regulation" and that smaller complexes have more exits to assure safety. 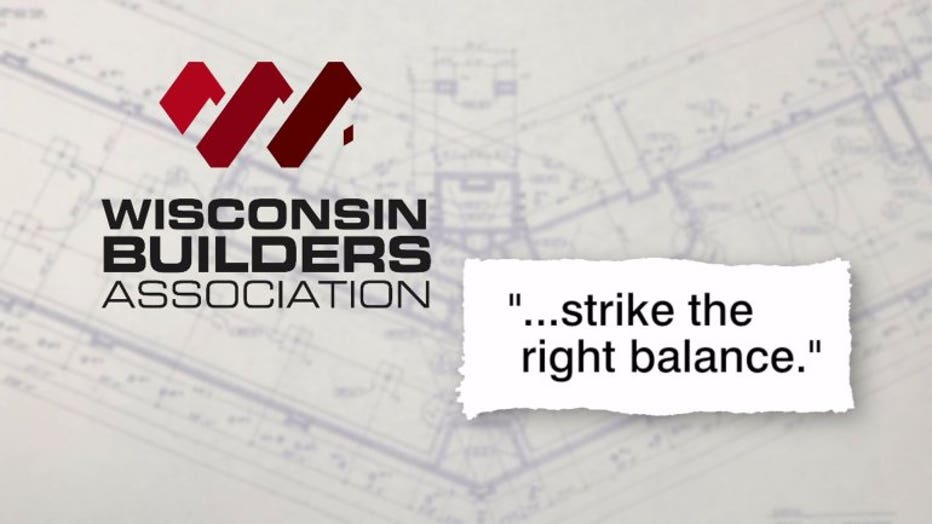 The Commercial Association of Realtors said many local developments have more than 20 units anyway.

"You don't know what your neighbors are doing," he said.

The Builders Association has opposed more restrictive sprinkler requirements because it drives up the cost of construction and rent. Retrofitting a building like White Oaks would have been very expensive and time consuming and inconvenient to residents, which is why that rarely happens.

Among our neighboring states: Illinois, Iowa and Michigan require sprinklers in all multifamily buildings. Minnesota requires them in all buildings over 45-hundred feet.