KENOSHA/RACINE COUNTIES -- Video shows the extraordinary steps law enforcement officials took to stop a driver during a pursuit through Kenosha and Racine Counties on April 27. Aaron Kimberly, 41, was out on bail and had a revoked license at the time, and he told officers he knew he wasn't supposed to be driving -- but would've preferred to die before facing punishment.

Determined not to go back to jail, Kimberly was overheard begging an officer to let him go in dashcam video.

"Shoot me instead, please," said Kimberly. "I'll run and you can just kill me, alright?"

"Get in the car. Don't make this any worse," a law enforcement official said. 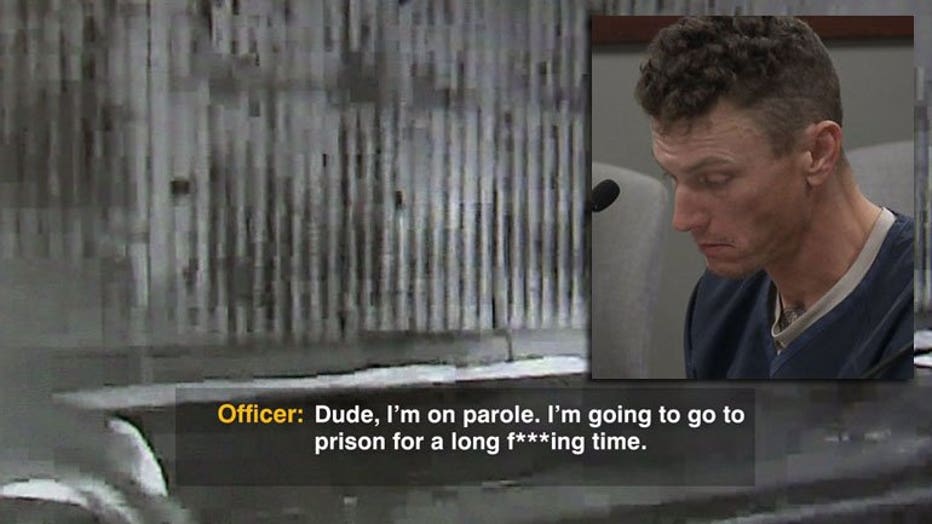 Moments earlier, a Kenosha County sheriff's deputy had attempted to pull Kimberly over for driving on a suspended license. Instead, he headed north on Sheridan into Racine County. His vehicle ran over not one, but two sets of stop sticks -- blowing out his tires. Still, he kept moving forward, even though walking may have been faster. 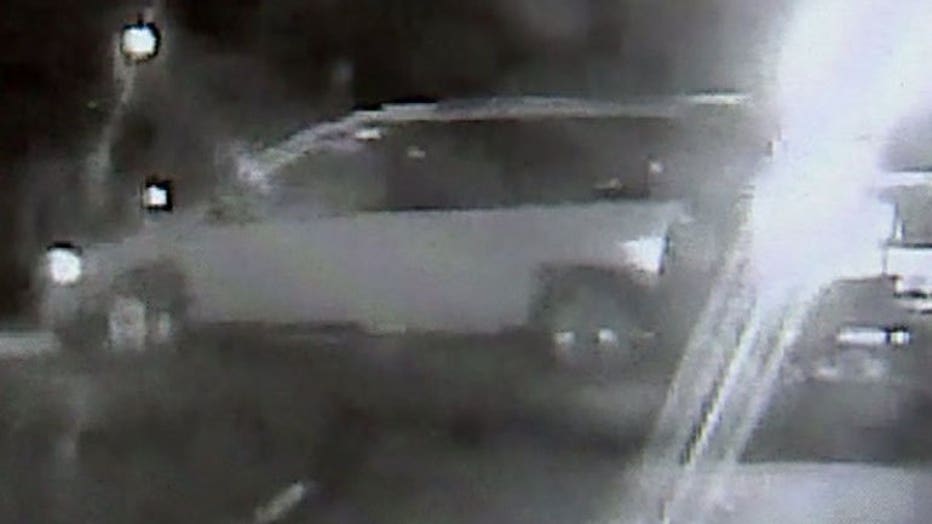 Mount Pleasant squads joined the chase. A PIT maneuver was used in an effort to try to stop him -- knocking off Kimberly's back bumper. Again, he continued driving, with the bumper trailing the vehicle. 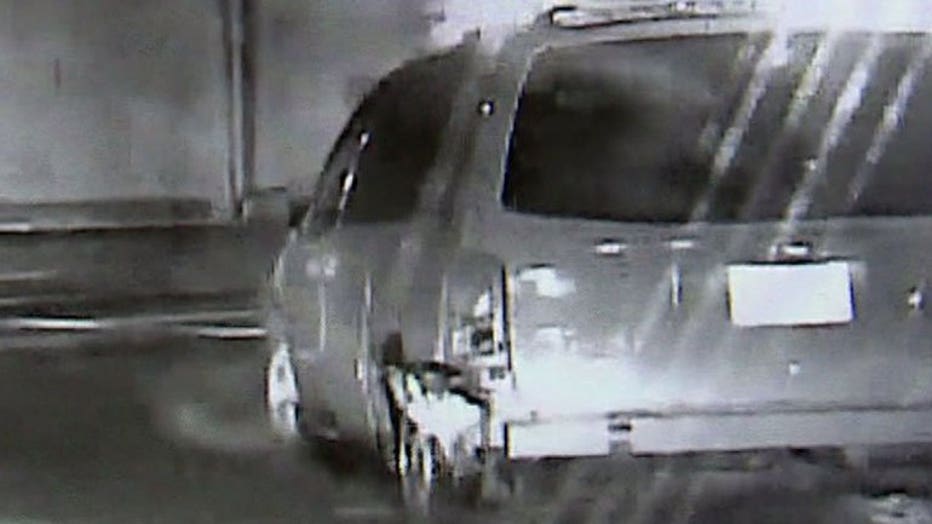 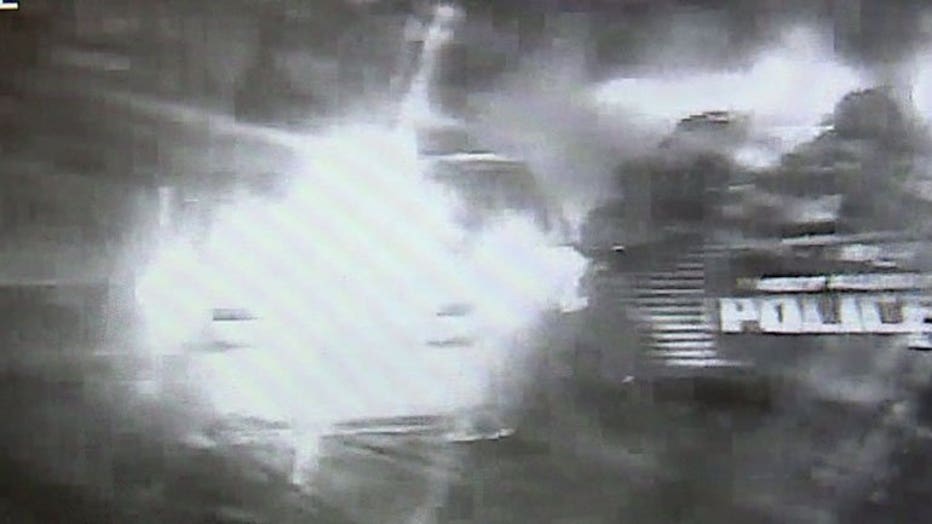 Several squads eventually surrounded him, finally forcing his vehicle to come to a stop at a retaining wall.

"Why'd you keep going and not stop?" a law enforcement official asked.

"Scared. I don't have a license," said Kimberly. 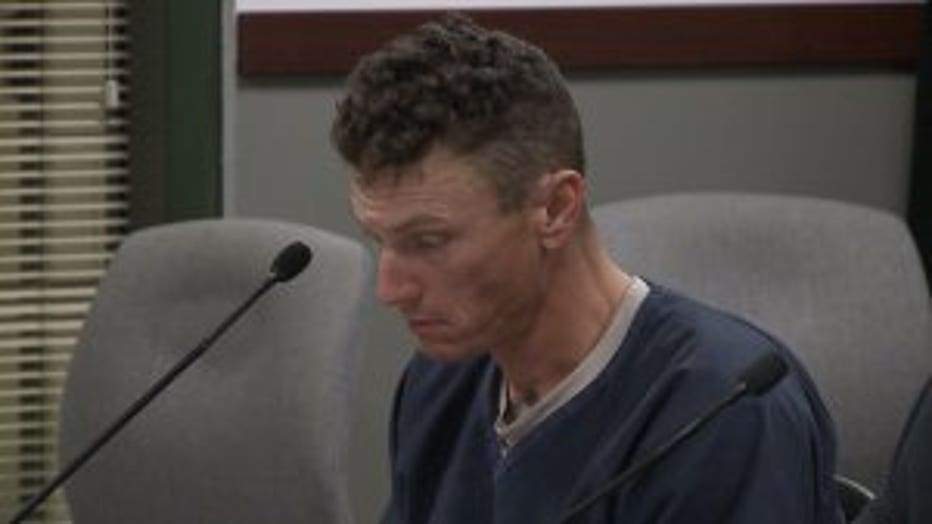 Court records showed Kimberly has a criminal record dating back to 2004 -- convicted of battery, domestic violence, drug possession and stalking. If convicted on the charges stemming from this incident, he could be locked up for 10 years: 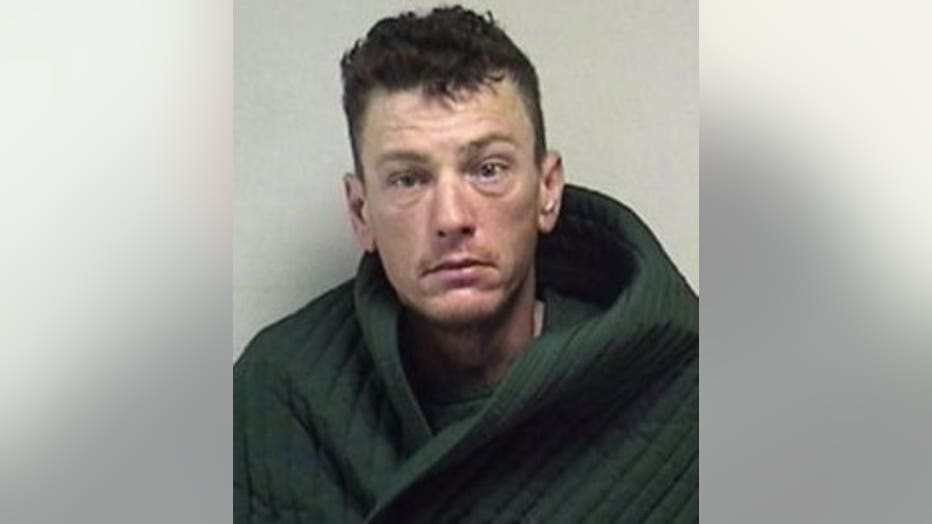 When he made his initial appearance in court on Monday, cash bond was set at $25,000. A preliminary hearing was scheduled for May 8.

Online court records showed he has an open case, filed on April 10 out of Kenosha County. He was charged with operating while revoked -- revocation due to alcohol/controlled substance/refusal (repeater), and tampering/failure to install ignition interlock device in violation of court order (repeater). Cash bond of $1,000 was posted on Aug. 2, 2018 -- so he was out on bond at the time of the alleged pursuit. He has a final pre-trial hearing set in that case on May 14.

"Have you had bad interactions with police officers?" a law enforcement official asked.

"Well, that's what happens when you do stupid (expletive)," the law enforcement official said.

Prosecutors are also making their case to the north in Racine County. Investigators said Kimberly intentionally hit a squad car in Racine County. His attorney told the court he will likely face more serious charges.