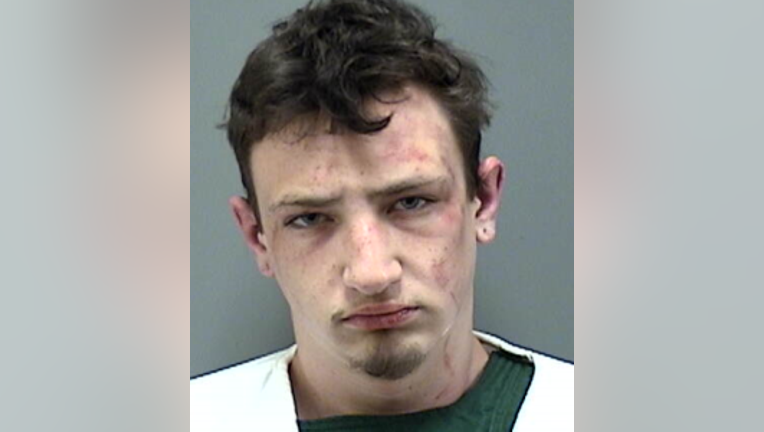 RACINE COUNTY -- A Burlington man faces multiple charges after prosecutors said he was involved in a high speed pursuit in the Village of Rochester in Racine County on June 15 -- and resisted and threatened deputies trying to arrest him.

A deputy in a marked squad on patrol along State Highway 36 north of County Highway D said a vehicle approached southbound on 36 at "an extremely high rate of speed," and his "squad shook" as his radar gun recorded the vehicle traveling at 88 miles per hour in the 55 miles per hour zone. The deputy said as he attempted a traffic stop, the driver pulled over into the right turn lane and stopped briefly before accelerating south on Highway 36. A pursuit ensued, headed towards Burlington.

A criminal complaint said the vehicle was observed straddling the dashed white lane marker, with the driver correcting multiple times during the pursuit.

Meanwhile, investigators responded to a home on Chestnut Street near James Street in Burlington, where the vehicle was registered, and it soon pulled into the driveway. The complaint said Marshall exited, and was ordered to the ground. According to prosecutors, he did not comply, and stated that he "didn't do anything" -- running toward the house. At this point, the complaint said Marshall was "decentralized to the ground." On the ground, prosecutors said Marshall resisted officers, was "extremely uncooperative" and kicked at deputies trying to place handcuffs on him.

When deputies got him near a squad, the complaint said he attempted to pull away, and he kicked a deputy in the leg once he was in the squad.

The complaint said deputies noted a strong odor of intoxicants coming from Marshall, and leg restraints had to be used at the hospital where he was taken for medical clearance. Prosecutors said he was yelling, screaming and swearing, kicked at deputies and yelled, "(Expletive) you, dude," at a nurse while at the hospital, adding, "This is what the (expletive)... you (expletives) being shot and blown the (expletive) up dude... deserve a (expletive) bullet in your head you (expletive)." When advised there were children present at the hospital, prosecutors said Marshall replied, "I don't give a (expletive)." Continuing to resist, the complaint said Marshall's legs were secured and he then said, "(Expletive) shoot me then."

A search of his vehicle revealed a loaded Ruger LC9 pistol under the front passenger seat with a loaded magazine nearby -- and a pipe in the center console, according to prosecutors.