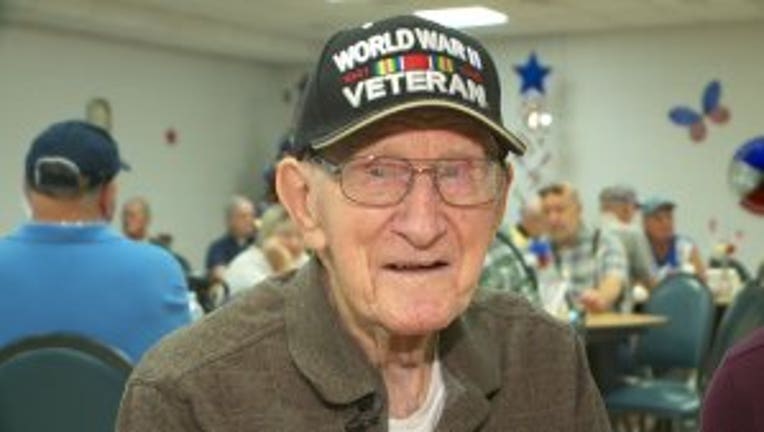 MILWAUKEE -- A World War II veteran who was born and raised in Milwaukee celebrated his 100th birthday on Wednesday, July 10.

A party was held for Richard Hermann at the Wilson Park Senior Center, where he enjoyed a bite to eat with his friends.

Hermann graduated as a cabinet maker from Boys Tech High School during the Great Depression, which made it hard for him to find work -- so he enlisted in the military. Hermann served in WWII in the Pacific theater, and returned to Milwaukee to marry in 1947. He and his wife raised three children and lived in a home on Mitchell and Lincoln for 65 years.

After the war, Hermann became a bus driver. He first worked for the electric company when there were trolleys and transferred to buses when it became the county bus system. He retired after 62 years.

In 2002, Hermann's wife passed away. His daughter encouraged him to start going to Wilson Park Senior Center, where Hermann joined a stained-glass class and went on to create many works of glass art.

Hermann's dexterity declined over the years, and he is unable to cut glass anymore, though he still works with glass to make art in a hot glass class.

For the past 17 years, Hermann has been visiting the Wilson Park Senior Center once a week with his daughter, Marilyn, with whom he now lives with. 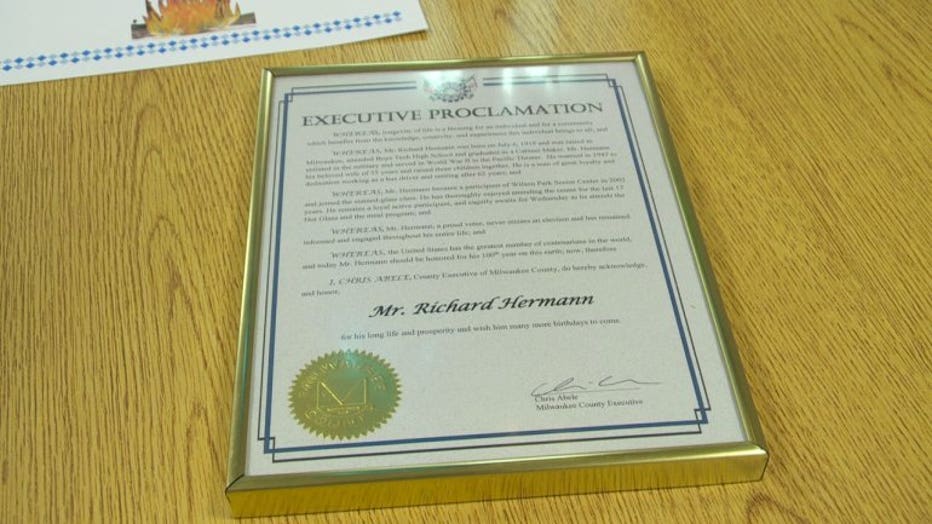