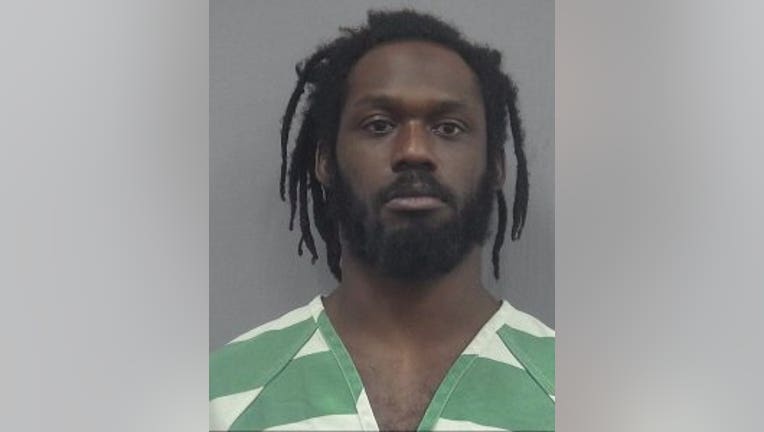 Wrestler Rich Swann is being held without bail in a Florida jail after he was arrested and charged with battery and false imprisonment.

Swann, who is 26 and a former WWE cruiserweight champion, was arrested Saturday.

WWE released a statement about Swann on Sunday.

"WWE has zero tolerance for matters involving domestic violence, and per our policy, Rich Swann has been suspended indefinitely following his arrest," it said.

According to Gainesville Police, Swann was arguing with his wife, who is also a wrestler. His wife — whose name is Vannarah Riggs but goes by Su Yung — had wrestled earlier in the evening in the northwest Florida city. The couple lives in Orlando.

A police report said Swann "critiqued" her performance and the pair began arguing.

A witness told police that Riggs jumped out of Swann's slowly moving car.

The report says the witness also saw Swann put Riggs in a headlock and dragged her back to his vehicle.

Riggs "screamed for help as (Swann) put her back in the car," the officer wrote in the report.

The car drove off and a witness saw Riggs exit the vehicle a second time. Riggs told officers that "she was afraid of (Swann) because he has a temper sometimes." She added that she was trying to get away from him so the argument wouldn't escalate into physical violence.

Swann told officers that he didn't touch his wife and that she got into the car on her own.

Swann will appear in court Monday. No attorney is listed in county records.